Comedy in the Highlands of Peru (Culture, Colonialism, Religion, Humor)

But first, a little history. 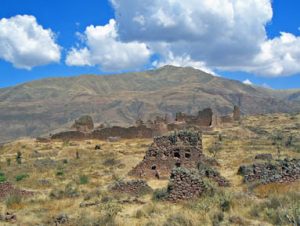 Back in the day, you know, early colonialism, when the Catholic priests were trying to convince the Inka highlanders to switch religions an interesting thing occurred. They had these Saint’s parades. The statue of a saint was placed on a raised platform and paraded through the streets. People dressed up in colorful garb and follow the saint around, music was played, petals were thrown, sometimes other offerings were scattered about. Well, back in the day (’cause remember, that’s where we are) the locals liked this idea and figured it wouldn’t hurt to add an ancestor or two to the parade. So there the celebration would be, saint on pedestal, mummy bundled on a platform, perhaps a few ancestor relics or two sitting next to the saint. 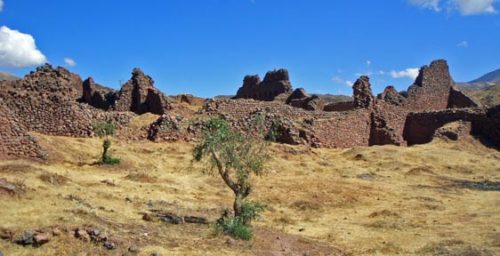 The catholic priests were not pleased.

Sadly, the whole parading the dead ancestors about with the saint is no more, but the saint’s parade remains. I witnessed one today. And let me tell you, Gentle Reader, comedy gold! I wish I’d had my camera but I didn’t, so here’s a description. 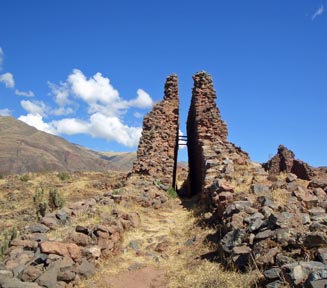 First there goes the saint, no surprise there, but after, ah after . . .

A group of not-very-young women in local dress, the poofy skirts and all, but the entire get-up is made of pink lamé, with pink bowler hats. They twirl.

After them come the cuzquenas, young ladies (who probably shouldn’t be but are) in very short skirts and kind of bust-tops in primary colors, sequined, and over the knee hooker boots. After them, two gorillas. Yes, I mean head-to-toe furry gorilla costumes. After them a group of men dressed in the modern take on Inka robes, only with devil’s horns and pitchforks. And lastly, before the band, a chick dressed head to two in a silver lamé valkyre costume. Either that or she was meant to be She-ra – wings on the helmet and all.

I tell you, the Peruvians can teach us SF/F types a thing or two about cosplay. What I want to know is what She-ra had to do with the saint?