The Curious Case of the Headless Heroine, Or the Torso Rides at Midnight (Important for Writers) 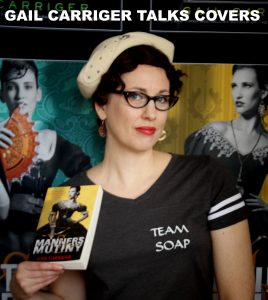 Rummaging about the internet yesterday, Gentle Reader, I came across a promo for this book: Now, please don’t misconstrue, I find the book gently intriguing. “Steampunk Romance” says the tag line and from reading the copy it looks like the female love interest would appear to be an airship captain. You well know what a deep abiding affection I have for chicks that kick ass, but (and there is always a but) I sense a trend afoot and it frightens me.

Why the headless torso front cover? Why? Did she misplace her brain? Have her knees suddenly gone off about business of their own?

There is a prevalence of this madness in paranormal romance and urban fantasy already, I object most strongly to it leaking into steampunk. I’m taking a stand here and now, Gentle Reader, this trend should not be allowed to jump the shark into another sub-genre. Leave my goggles and dirigibles alone, you, you Art Department Torso Lovers!

Where have all the heads gone? (*singing* Longtime passing.) I remember in my first meeting with the folks from Orbit at the Denver WorldCon. (Gosh, was it only last year?). They’d already bought Soulless, and we were having a mild discussion on the subject of possible covers. (Before you draw any erroneous conclusions, Gentle Reader, it is extremely rare for a first time author to be asked to give any opinion on covers.) I had some mild ideas but mostly I just kept saying over and over “Please don’t give me a torso cover, oh please.” I don’t knwo if they listened, but I didn’t et one in the end. Hooray!

One of my last conversations with Charles Brown (of Locus fame) before he died, was on the subject of the bizarre prevalence of these covers. Locus was getting a surfeit of such ARC offerings, for this was at the height of the urban fantasy craze. Charles, like me, simply couldn’t fathom the appeal. We hypothesized that perhaps they were made with the idea that the reader could put herself into the heroine’s body, as it were, since there was no face. A reader couldn’t very well put herself into the heroine’s shoes – there were no shoes depicted on the cover, the body was all that was on offer.

Shall we talk about the belly buttons? Oh well, why not? Why do vampire hunters like to wear crop tops? Is it just to show off their tatoos or are they stuck in the 80s? Just curious. (Note the tramp stamp brigade in the second row.)

That said, I am starting a one woman campaign for one of my covers to be a “bustle shot.” Grrrrr, sexy!

But, back to the torsos. I suppose all I really have to say is: steampunk is often about the intelligence factor (Girl Genius and all that) our heroines really cannot function on torso alone. A call for action is in order now, before it’s too late.
So please stop the madness! Give these poor women back their heads.
Amended July 6, 2014. I am not the only one to notice.
How Tarted-Up Book Covers Belittle Women’s Fiction
Quote of the Day:

“Writing is not a genteel profession. It’s quite nasty and tough and kind of dirty.”
~ Rosemary Mahoney