How to Throw a Parasolverse High Tea ~ Foodstuffs (Special Extras)

And the Book Launch was without food and snacky-bits and hunger was upon the Author Beast.

So she spoke from on high (i.e. facebook) and doth she:

Book Launch do I have, and food have I none, and time have I neither. But low, for am I rich in Foodie Friends, and we, we must strive to prove much to those Denizens of New York who descended upon us. (The authors would be happy with dry crackers so long as there is booze, but the agents and publishers . . .)

And so, in the fullness of time, the Foodie Friends did answer. And they did say unto the Author Beast: 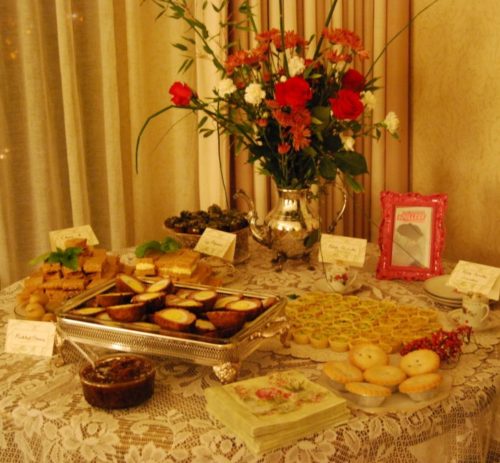 For as thy book is likened unto thy progeny, we will look upon this as a baby shower and we will flock unto you. And we shall come, bringing with us such earthly delights as homemade shortbread, and savory scones, and caramelized onion & fig tartlets, and stuffed mushrooms, and tea sandwiches, and Scotch eggs, and cinnamon chocolate truffles, and candied citrus, and bacon wrapped water chestnuts. And yea, for they did say, we art even prepared to attempt that sacred, of sacred, that holiest of holies, the treacle tart. 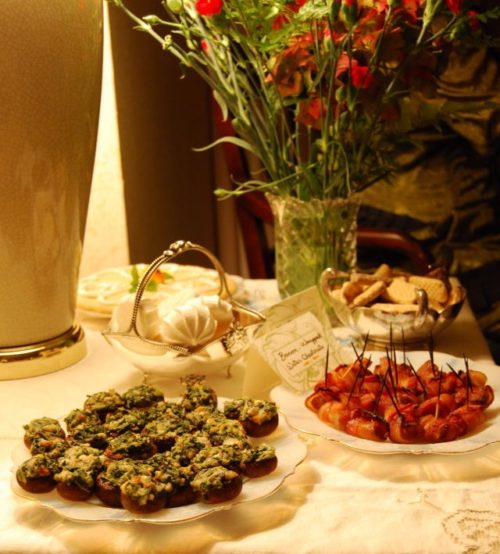 And the Author Beast did reply unto the Foodie Friends:

And It Shall Be Delicious. 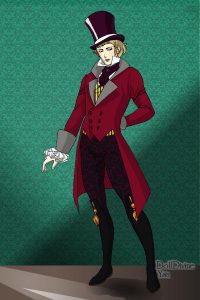 “But now I must get to my favorite character, Lord Akeldama. He’s a dandy to be sure, and a rogue vampire due to a mysterious disagreement over waistcoats, but he’s so much more. He’s a complex little spy who loves Alexia because she makes him feel human. But his spy network is really where it’s at. His trusty Drones, led by Biffy. These dandy’s are everywhere and hear everything, but at the same time are so stereotypical and a product of their time that they are a part of the scenery. They are perfectly calculated by Akeldama to be his eyes and ears lending him the appearance of omniscience. Also lets not forget they are great little helpers, in every sense of the word. Do to their cackling dandy herd mentality and the name of Drones and knowing that the author is a fan of P.G. Wodehouse, I can’t help myself envisioning a whole different take on the Drones Club. This one would be more stylish, with lots more purple silk and more overt Wildean overtones. I would pay to read about that…really I would.”

“Another novelty is the tea-party, an extraordinary meal in that, being offered to persons that have already dined well, it supposes neither appetite nor thirst, and has no object but distraction, no basis but delicate enjoyment.”

~ Jean-Anthelme Brillat-Savarin, The Physiology of Taste