Genevieve Lefoux enters the Parasolverse in the second book of the series, Changeless. She is, in essence, Alexia’s Q.
As I wrote her she turned into much much more than that. Her hidden contrivance chamber beneath the hat shop is possibly the most steampunk element in any book I’ve ever written. All About Madame Genevieve Lefoux (AKA Vieve)

Later on, she becomes Sophronia’s Q as well, in the Finishing School series. Even though she is only 10. 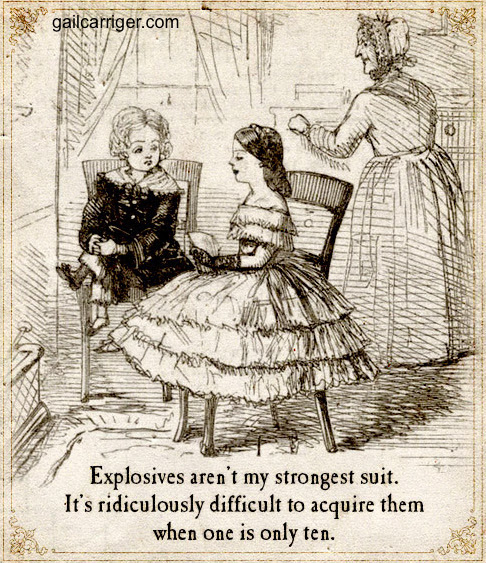 Eventually, of course she get’s her own book, Romancing the Inventor. 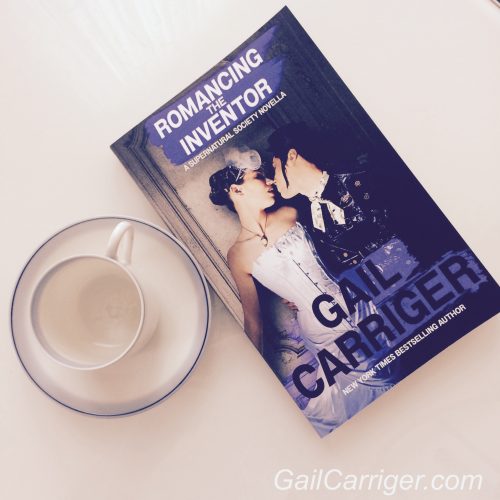 Because, apparently I can not leave this poor character alone! Here is how she is originally introduced to my readership…

“Alexia thought, without envy, that this was quite probably the most beautiful female she had ever seen. She had a lovely small mouth, large green eyes, prominent cheekbones, and dimples when she smiled, which she was doing now. Normally Alexia objected to dimples, but they seemed to suit this woman. Perhaps because they were offset by her thin angular frame and the fact that she had her brown hair cut unfashionably short, like a man’s.
Ivy gasped upon seeing her.
This was not because of the hair. Or, not entirely because of it. This was because the woman was also dressed head to shiny boots in perfect and impeccable style . . . for a man. Jacket, pants, and waistcoat were all to the height of fashion. A top hat perched upon that scandalously short hair, and her burgundy cravat was tied into a silken waterfall. Still, there was no pretense at hiding her femininity. Her voice, when she spoke, was low and melodic, but definitely that of a woman.” In the Parasol Protectorate series, Madame Lefoux is an enigma and her relationship with Alexia is quite turbulent. She clearly has much love to give and is a creature of emotions as well as science, a marker of her excess soul. But her motives are often unclear and her loyalty seems to be to family, friends, and lovers over society or government.

It was fun to write her earlier in time for the Finishing School books because as a child she is more open and less guarded. Also I could explore her relationship with her aunt.

Later on, of course I spend a great deal of time with her as the romantic love interest in Romancing the Inventor. 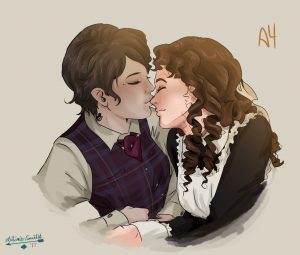 Artemis Ganartist Final ask for @glitterthegaywitch, who was sitting across from me reading Romancing the Inventor on my kindle while I was drawing the previous asks a few nights ago. She wanted Madame Lefoux and Imogene

And finally she makes a brief appearance in the Custard Protocol series by virtue of her relationship with Quesnel.

That’s a lot of bandwidth for a character who essentially started out as a means to the invention of one very cool parasol. 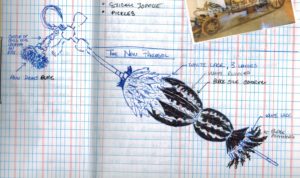 Inside information into the authors head. . . I had originally intended Madame Lefoux to be a alternate love interest. And she is definitely interested in Alexia. But any escalation of romance between them felt forced, and I realized that it was too out of character for Alexia. Unfortunately, poor Madame Lefoux is left rather lovelorn as a result. Despite (or perhaps because of?) the many difficulties and challenges Madame Lefoux has giving me as a character, she is one of my very favorites. “It is wise never to travel unprovided with a small flask of brandy and water, a tiny case of court-plaster, with scissors, and either strong smelling salts or salt-volatile.” “In the summer a fold up fan and a flask of eu-de-Cologne or toilet vinegar will be found a great refreshment, and an unlimited stock of clean pocket-handkerchiefs is almost indispensable.” 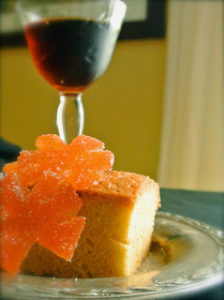 “Port, sherry, and Madeira are decanted. Hocks and champagnes appear in their native bottles. Claret and burgundy are handed around in a claret-jug.” 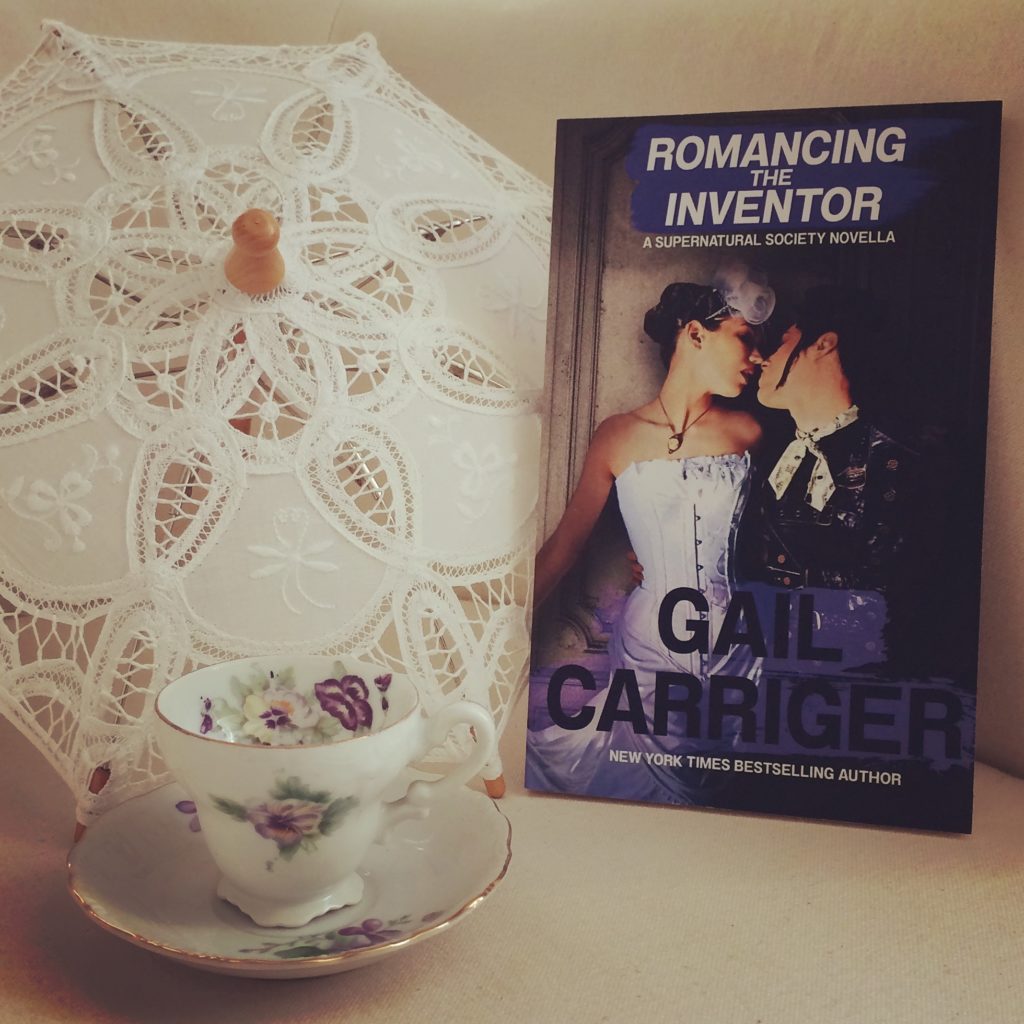