The History of Tea in the Victorian Era from Gail Carriger! (Special Extras)

I have for you a blog about . . . What else Gentle Reader? 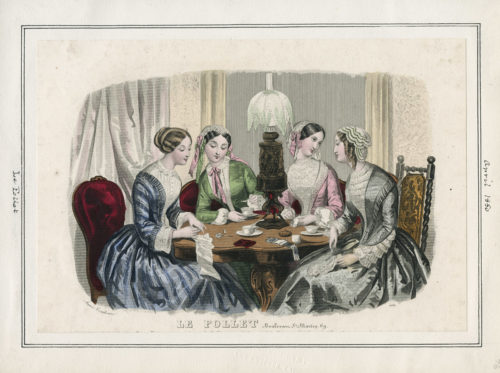 And now, some interesting things about tea in Victorian times . . .

There were folding tea tables that had specified area for each tea cup and saucer with a central part for the service.

Speaking of the service, we are accustomed to thinking of tea as being served with standard parts: tea pot, cup & saucer, creamer jug, sugar pot. However tea services included several parts we have since forgotten about ~ extra small plates (for cookies), a receiver bowl (into which cold tea was be pored from the cup before getting a fresh helping), and a saucer for the teapot. 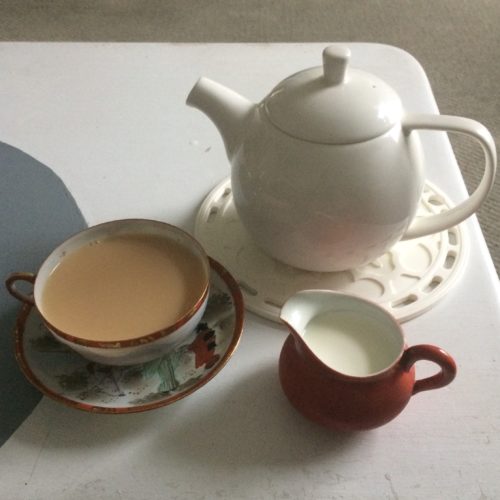 And the fashion, increasing to a hight if excess in the 1880s was for very specific and tailored services. Everything from specified images to specified parts became de-regular for the wealthy. Such things as double sets of cups, one as teacups and one, larger, as coffee cups. Two or more tea pots, in different shapes, for coffee, or hot cocoa.

There was also the tea caddy, of course, in which the tea leaf was kept. Prevalent very early on, when tea was quit expensive, this beautiful object was often locked, the key kept by the lady of the house. 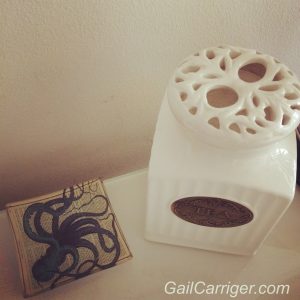 Tea Caddy in my Office

Sliver tea sets were a sign of wealth, and excess, because the tea became cold in the pot so quickly and would have to be disposed of sooner. I loathe making tea in metal of any kind, proper porcelain is the only way to go. I’m sorry if that makes me common. Note the family has a silver caddy out, as well as a receiver bowl, and a brazier under the pot. Also they drink from china, although they serve with metal.

Cup size increased with time, as did the size of the caddy, as by 1860 tea was comparably inexpensive and most could afford a cup. The tea bag, of course wasn’t introduced until much later. I’m a fan. I also take my milk first. I know, plebeian. Although never, heaven forfend, will milk touch teabag!!

The fashion for high tea and tea in the garden became more and more popular in the 1870s. An excuse for yet one more dress-specific occasion (the tea gown) and a means by which, through the consumption of food, the supper how might be extended back to 9 or even 10 PM. High tea denotes a sit down at table affair, usually on the weekend and slightly earlier in the day, with even more food, savory as well as sweet. Afternoon tea took place daily, was outside in the garden, or in the drawing room or the parlour, and was incorporated into visiting hours. It was tacitly acknowledged to be by, for, and about the ladies.

A gentleman might take tea at his club but this was not as ritualized, and he could opt for coffee, beer, or any number of other beverages instead. He could also smoke while drinking. A gentleman outside of his club NEVER smoked at table, in fact, he went outside or into another room (the smoking lounge or possibly his library) to partake and changed his coat for a smoking jacket (to protect his clothes from the smell). Tea was also taken with breakfast, and out of mugs with an early supper if you were working class (hence the use of the term tea in modern Britain to mean dinner).

Of course the very wealthy went ahead and built rooms or even entirely small house whole whole stated purpose was for the taking of tea. 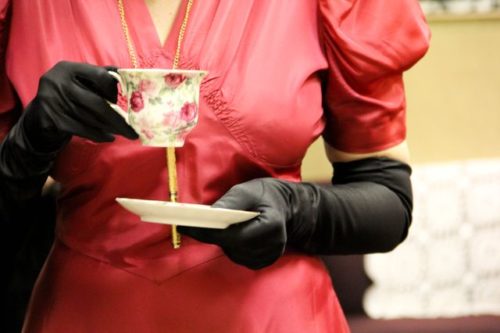 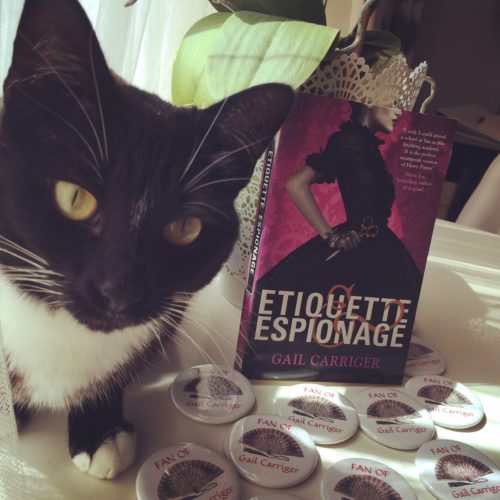 “Sadly for Potter, I became one of the worst abusers of the Registry, routinely holding scores of files at a time, thought never, I suspect, as bad as Millicent Bagot, the legendary old spinster in F Branch who kept tabs on the International Communist Party for decades. I have always assumed Millicent to have been the model for John l Caré’s ubiquitous Connie. She was slightly touched, but with an extraordinary memory for facts and files. Potter and his successors in the Registry despaired of Millicent. “I only hope we get the files back when she retires,” he would mutter to himself are a particularly heavy request from F Branch.”