Up, short swim, bit of a hot tub to soak the feet, and there we pause, Gentle Reader . . .

I must set the scene:

imagine a pool area completely empty of guests, there’s a line on the waterfront down below and outside the fence of people waiting to get into the hotel ballroom for some morning panel or another, and there’s staff with ear-dongles puttering about the pool area. 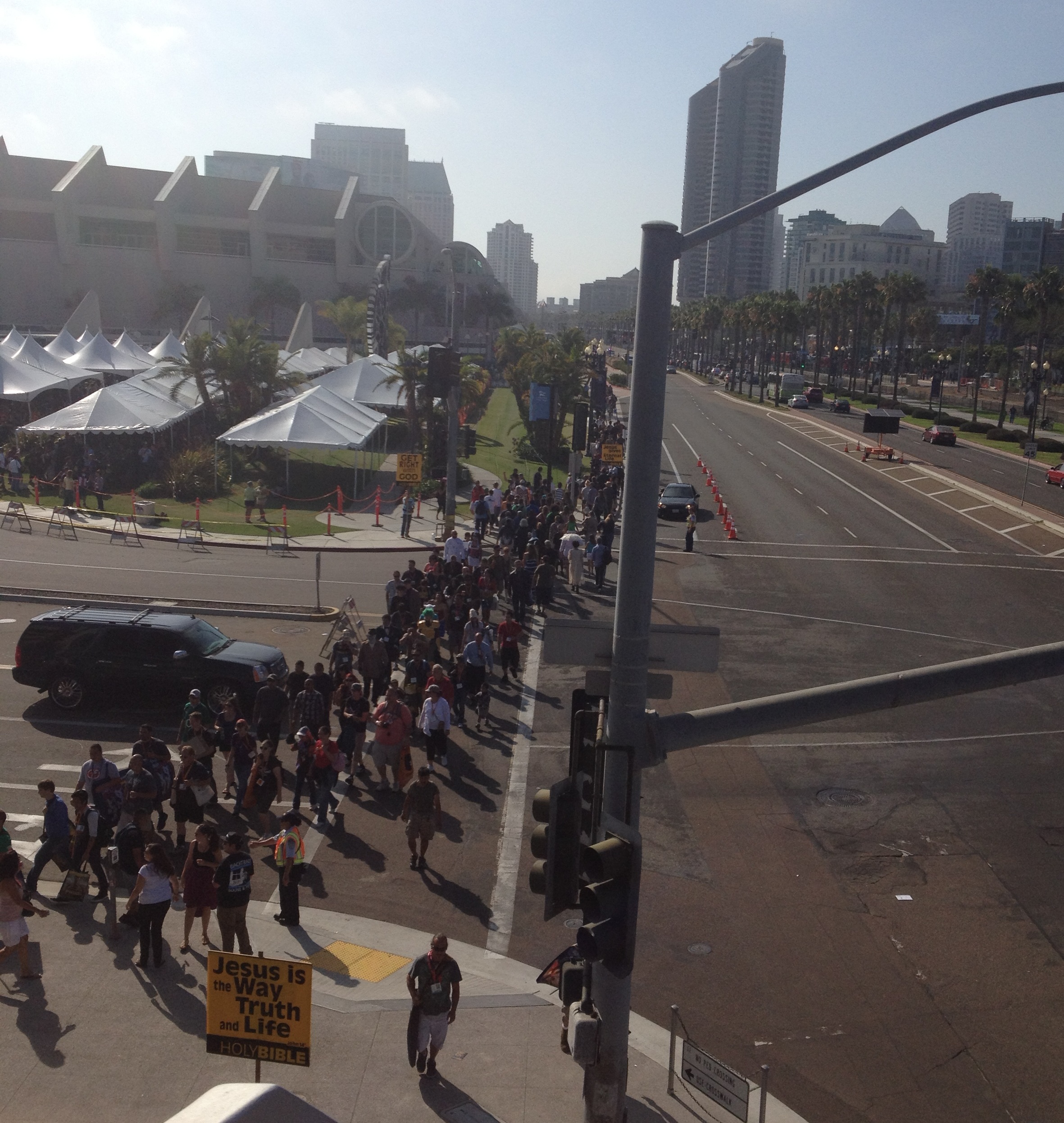 I thought the security were there to see to the crowd. But then I was given the evil eye as I put down my towel. I flashed my room key and blithely continued with my mourning ritual, rather enjoying having a huge pool all to myself. 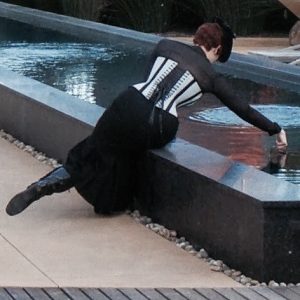 Gail thinks, My, that looks like Kevin Bacon. But it can’t be, he doesn’t have a Sci/Fi movie in the works right now. I don’t think?

Gentlemen wanders over to steps near spa to sit.

Gentlemen to Gail, “How’s the water?”

Gail, getting out, “Going to give it a whirl?”

Kevin Bacon, “Naw, I got this thing.”

Security detail arrives, to Kevin Bacon, “Looks like they’re ready for you, KB.”

Gail, grinning, runs up to room.

I must say, KB was a perfect gentlemen. It’s so nice when famous people are polite.

(As a codicil, every time I went for a swim the rest of our say at that hotel, the AB would say, “Have a nice swim. Say hello to Kevin Bacon for me.”)

So, back on the the day of Comic Con activities.

Safely attired in my specially acquired brown & cream & blue day dress I hit the hotel restaurant for breakfast with Michael (of Ebury Publishing, UK), the AB, and Kristin. The latte was decent. I had not yet figured the egg white omelet trick, but food was tasty. 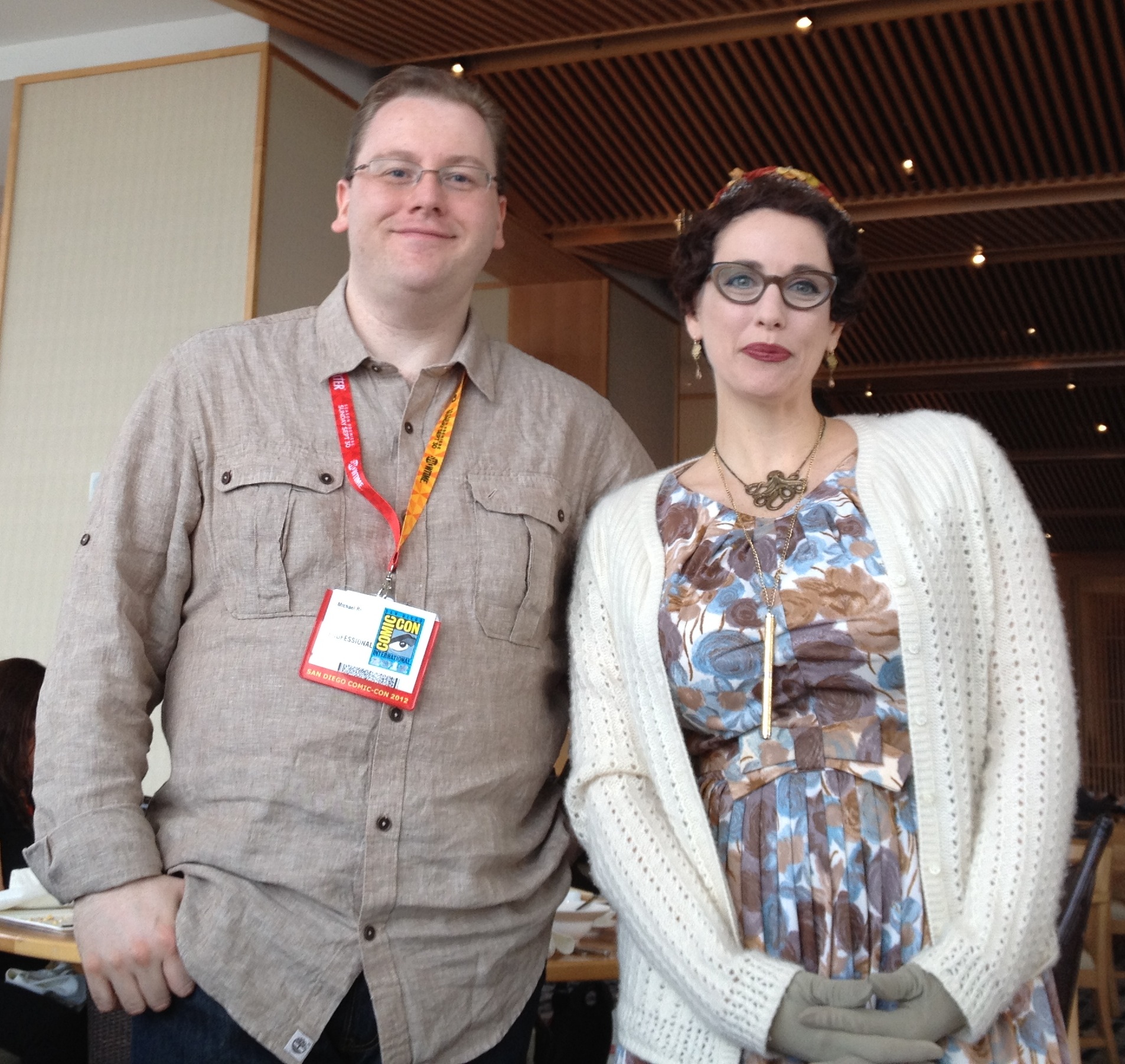 Went from there straight to another meeting with Sariann of the Inn at the Crossroads blog for secret food-related project discussions. She was lovely and we had a great chat and project should be going forward soon. It will be exciting! And tasty.

Then we managed to get into the Firefly Panel. I might have ruthlessly used my Guest Pass and my agent’s sweet talking skills for evil. 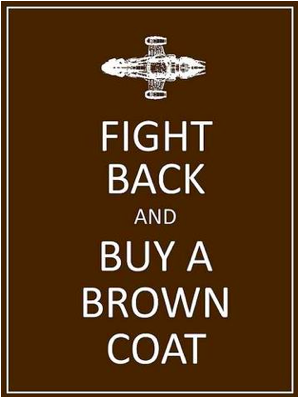 It was a sweet little reunion of a panel. For me it was more fun to see the interactions between the cast members that anything else. You can watch the panel for yourself online. 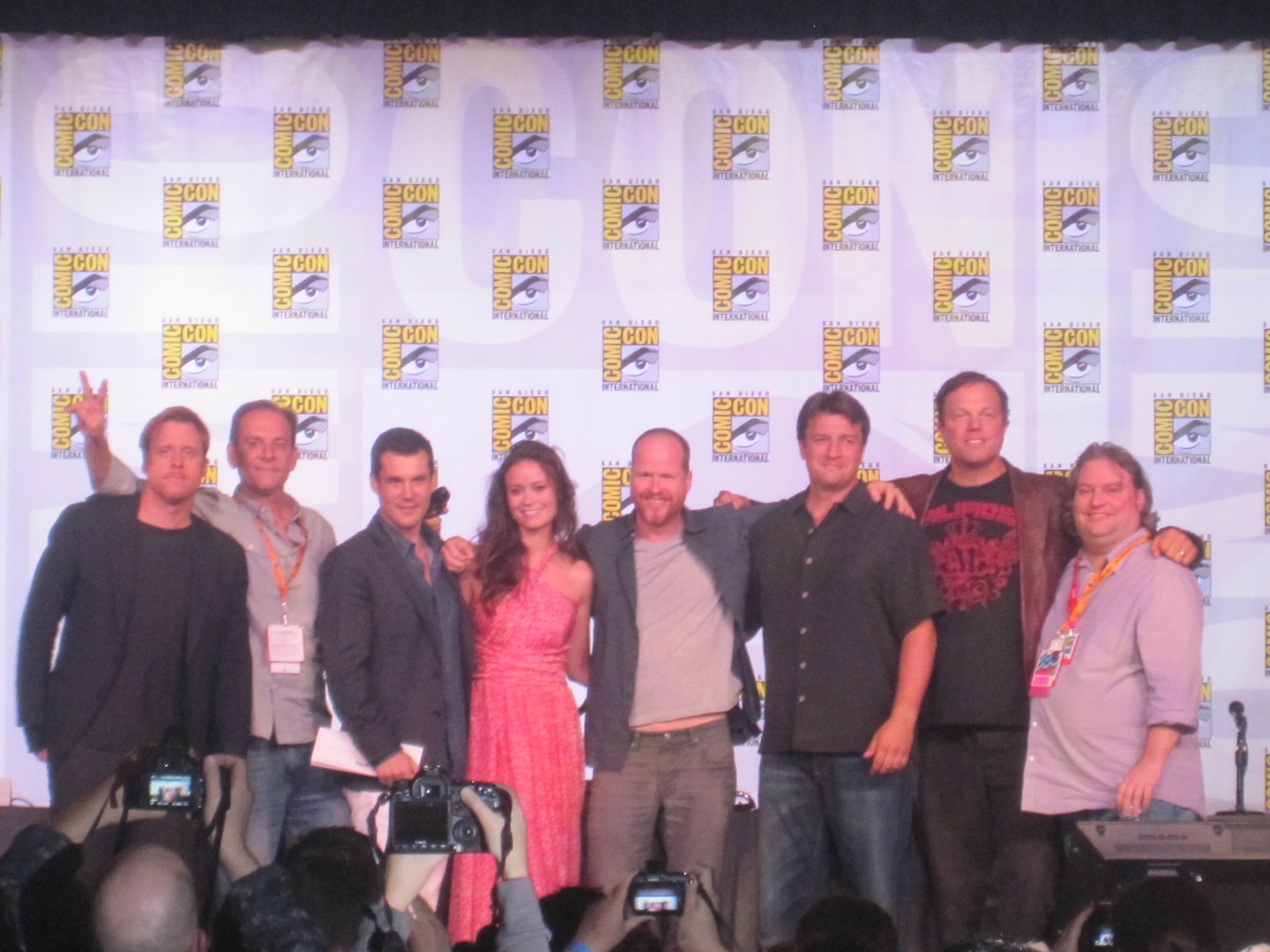 Speaking of Joss, you have to see this video. It is absolutely hilarious. Joss stars as one of the SQUAT team in Scary Smash, a movie made from a kid’s story.

Friday was supposed to be my slow day, but the Firefly Panel was totally worth it, minus my stressed concern for the emotional well-being of one of the fans there. She really looked like she was going to faint or have a panic attack when it came time for her to ask her question.

Then the AB and I wandered the floor for a little bit. I was actually recognized by a reader! 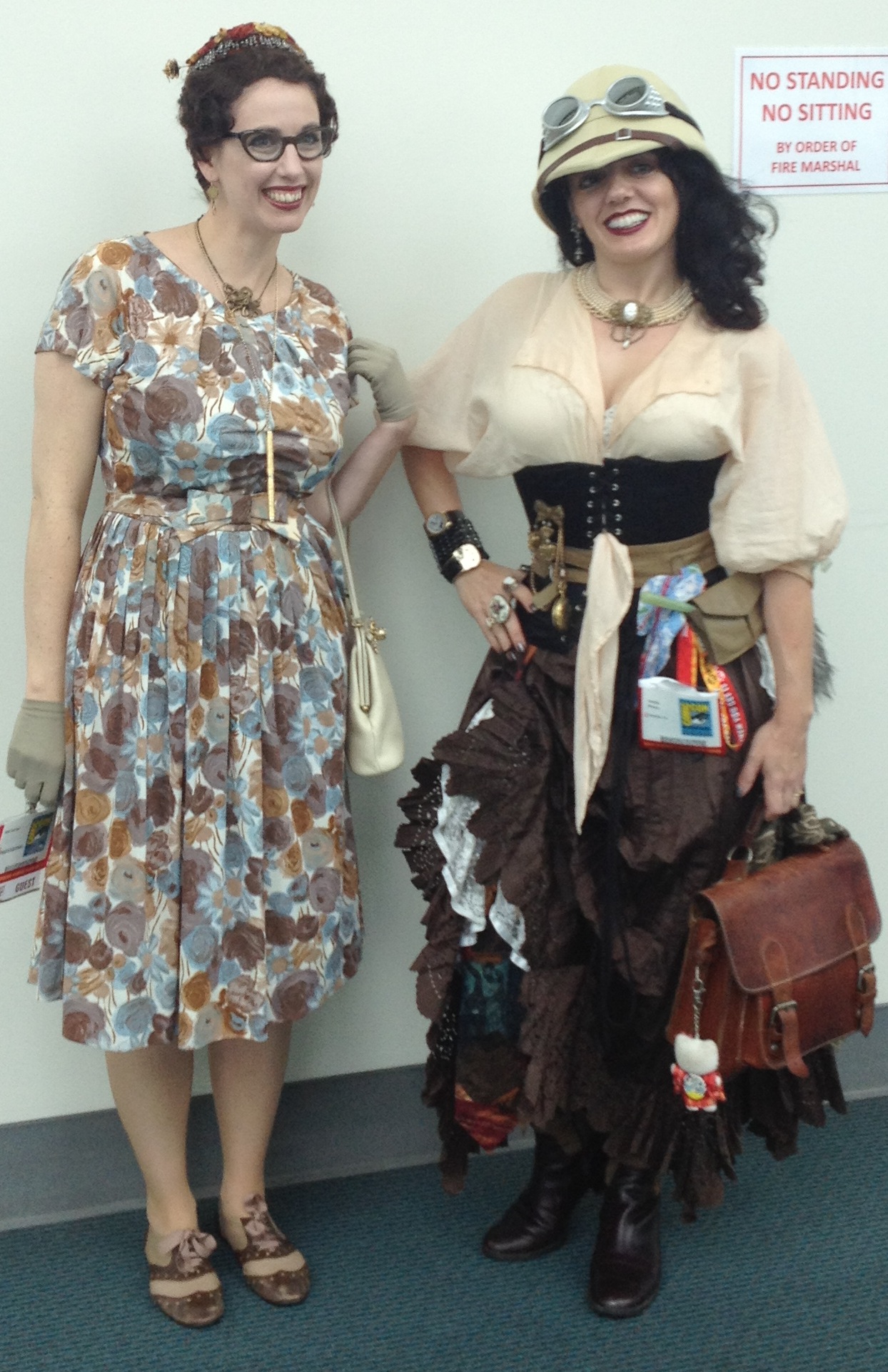 After that we jetted off to High Tea with Mike Lee away from downtown. He’d found and reserved a table at a beautiful little venue, Tea-Upon-Chatsworth. 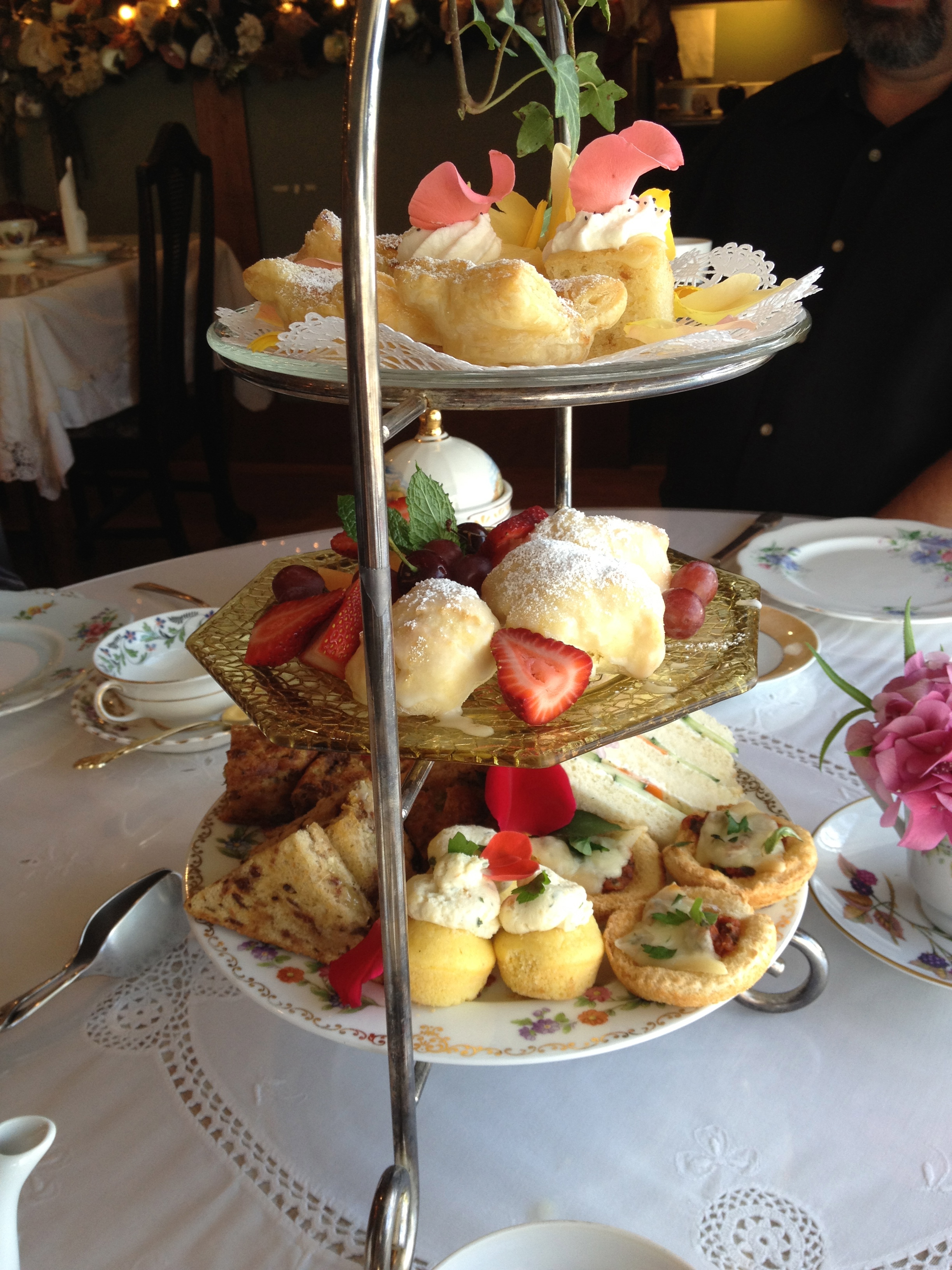 After a discussion with the hostess I settled on a strongly brewed Chatsworth House Blend which suited my pallet perfectly. The comestibles were delicious, if not exactly traditional. I particularly enjoyed the Guava Rose Gazpacho. I normally loathe flower tastes in my food but this was very very subtle. 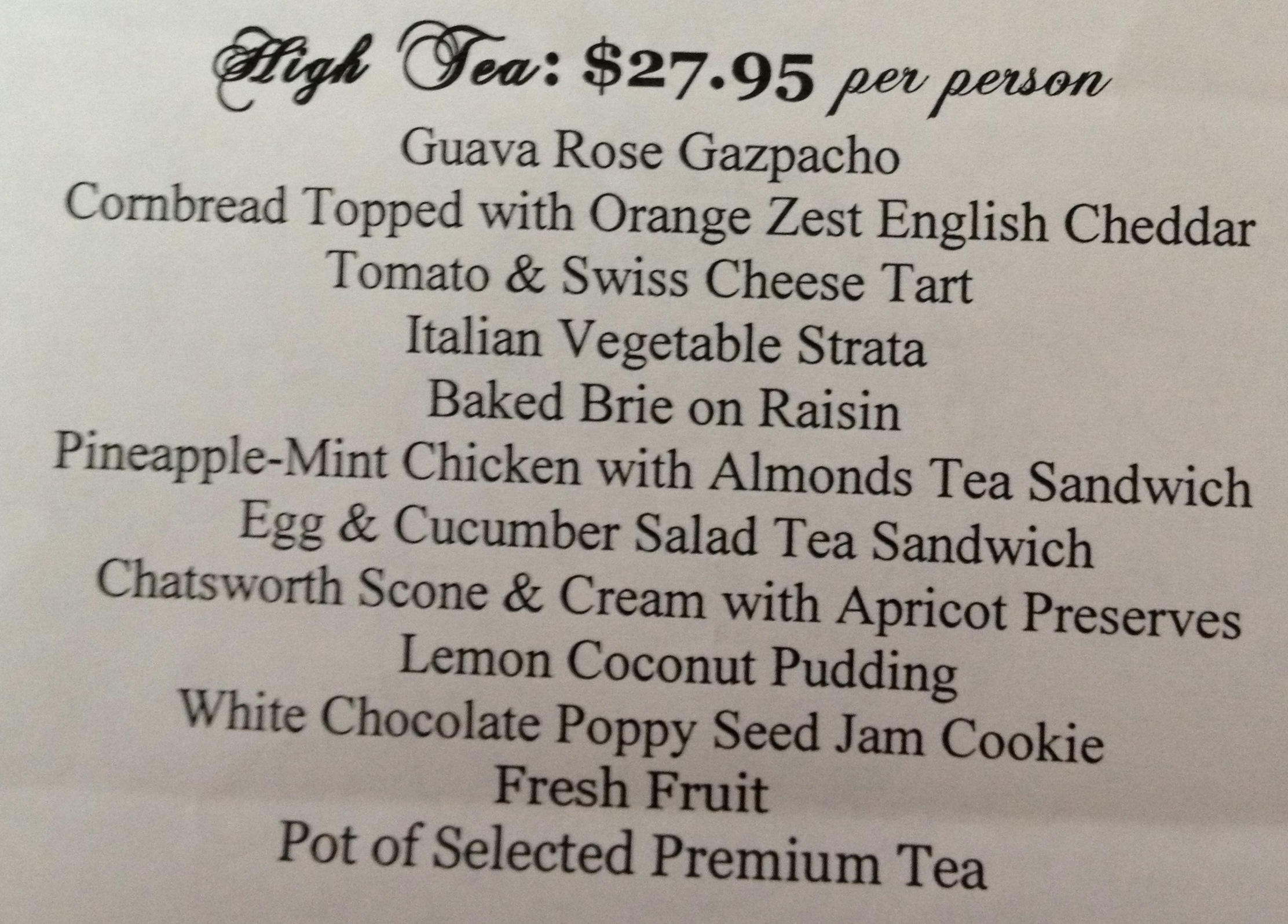 Then it was the standard San Diego taxi battle in order to get back to the hotel. Must as I enjoyed going away from the con madness on occasion but I wouldn’t do next time (should there be a next time) the taxis are just too much of a problem. We had a quick change into our swanky duds for the evening ~ the AB into his suit and I into a green & black cocktail dress for the Will Eisner Comic Industry Awards. 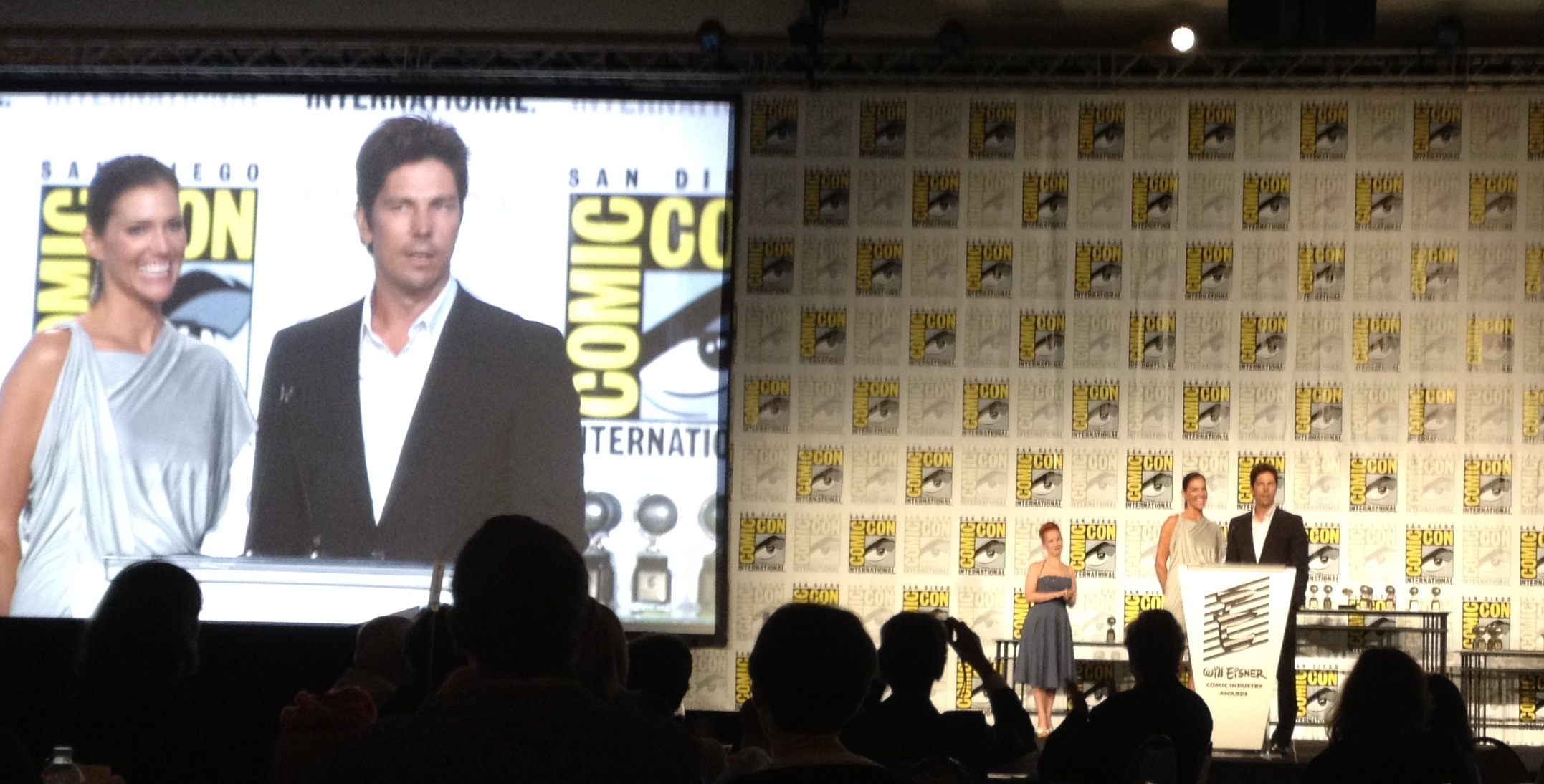 We had special seating, a nice buffet and presenters such as Six and Anders from BSG. The ceremony was charming, the speeches funny, short, or (best) both. It was by far the most enjoyable award ceremony I have ever attended. Sadly, we had another engagement, so we had to sneak out about 3/4 of the way through. 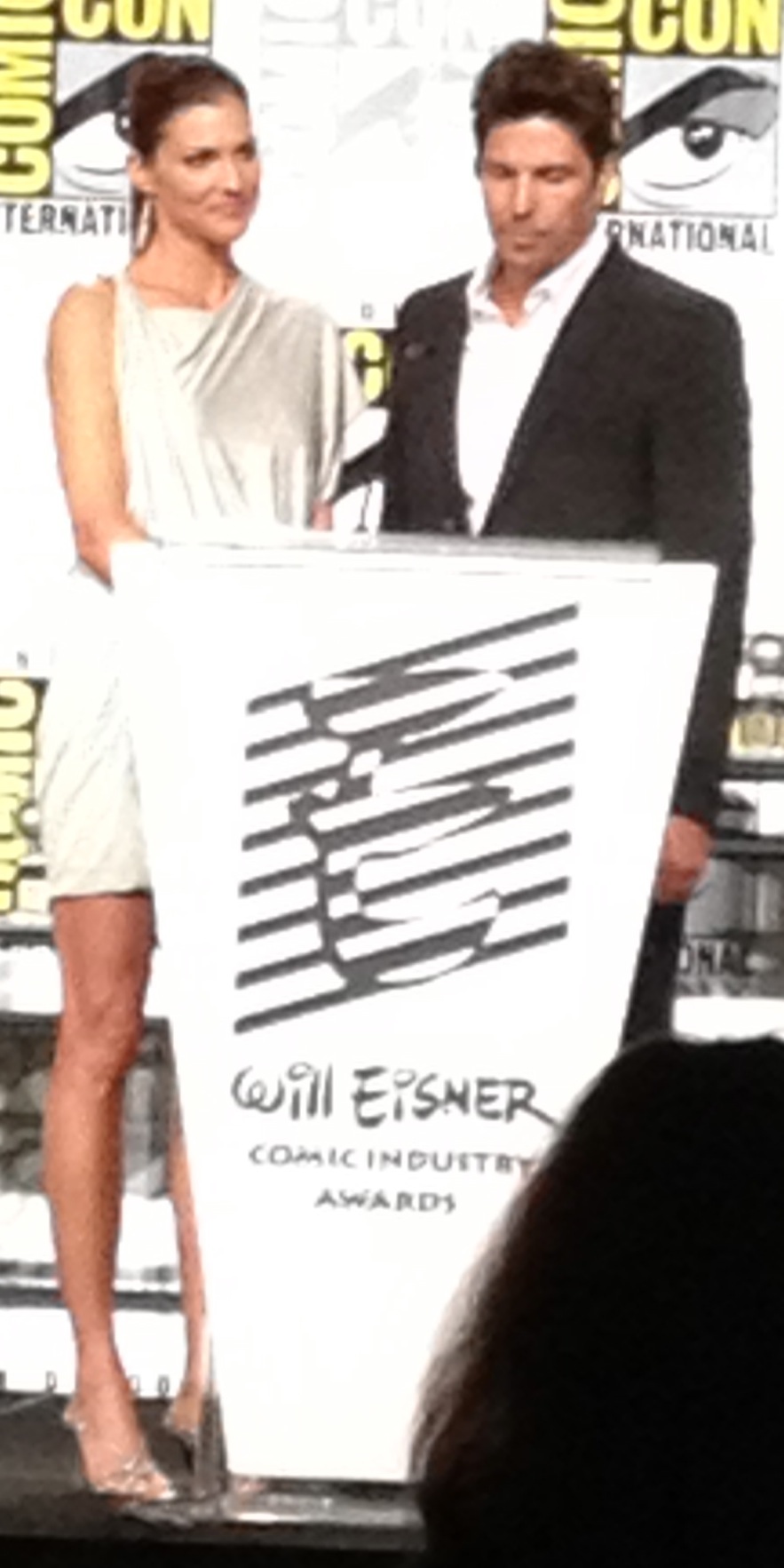 It was off to my manga, Yen Press’s 5th Anniversary Cocktail Party. There we meet awesome peeps including the Japanese publishers of Black Butler, only one of the best manga’s in the whole world, and an adorable young lady from BBC America (more relating to daleks on Sunday). Food included beet ships with avocado and cilantro lime shrimp, and sweet potato lattice fries with scallops. So good. Many people were quite drunk and hilariously amusing, but I shall protect the names of the guilty.

Exhausted we stumbled home rather early knowing there was an even longer day tomorrow. 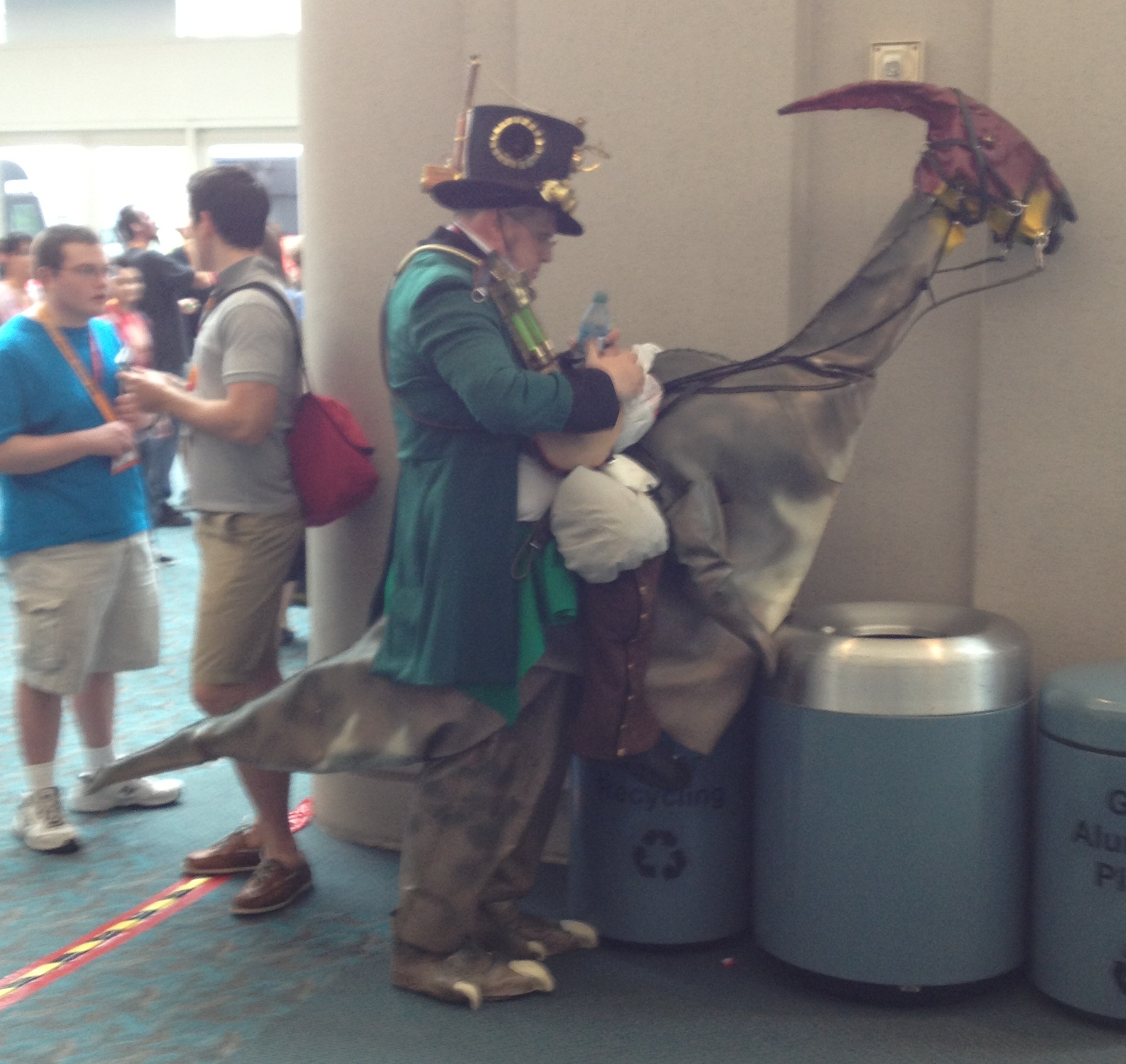 Your Writerly Tinctures . . .
When You Get Stuck