Borderlands for the Holidays

Recently Borderlands saved me by stepping in to host my last signing of 2012. Since this event happened unexpectedly, during the holidays, I was honored that a dozen or so people made the effort to come say hi. There was even press coverage! At least half of attendees drove over from the Cow Palace after Dickens and then parked in the Mission, on a Saturday night, to see me! Now THAT makes me feel special. 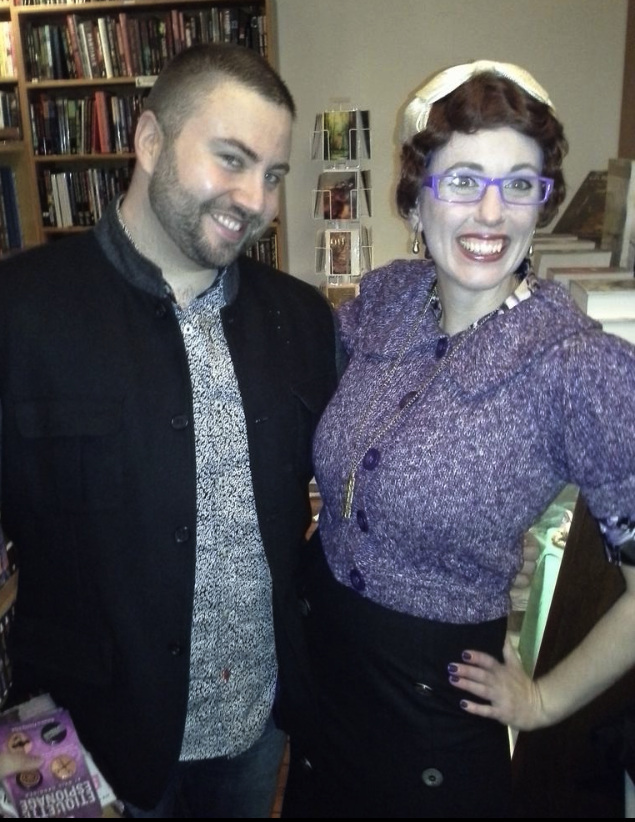 Jared and I at Borderlands

I hopped BART, an uncomfortable experience at the best of times. Whenever I travel on public transit I can’t help but fantasize about Victorian trains ~ first class of course! How wonderful would it be to someday take the Orient Express? (There’s a wonderful BBC documentary on the train with David Suchet of Piorot fame.) unlike BART, Borderlands was a lovely and welcoming as always! 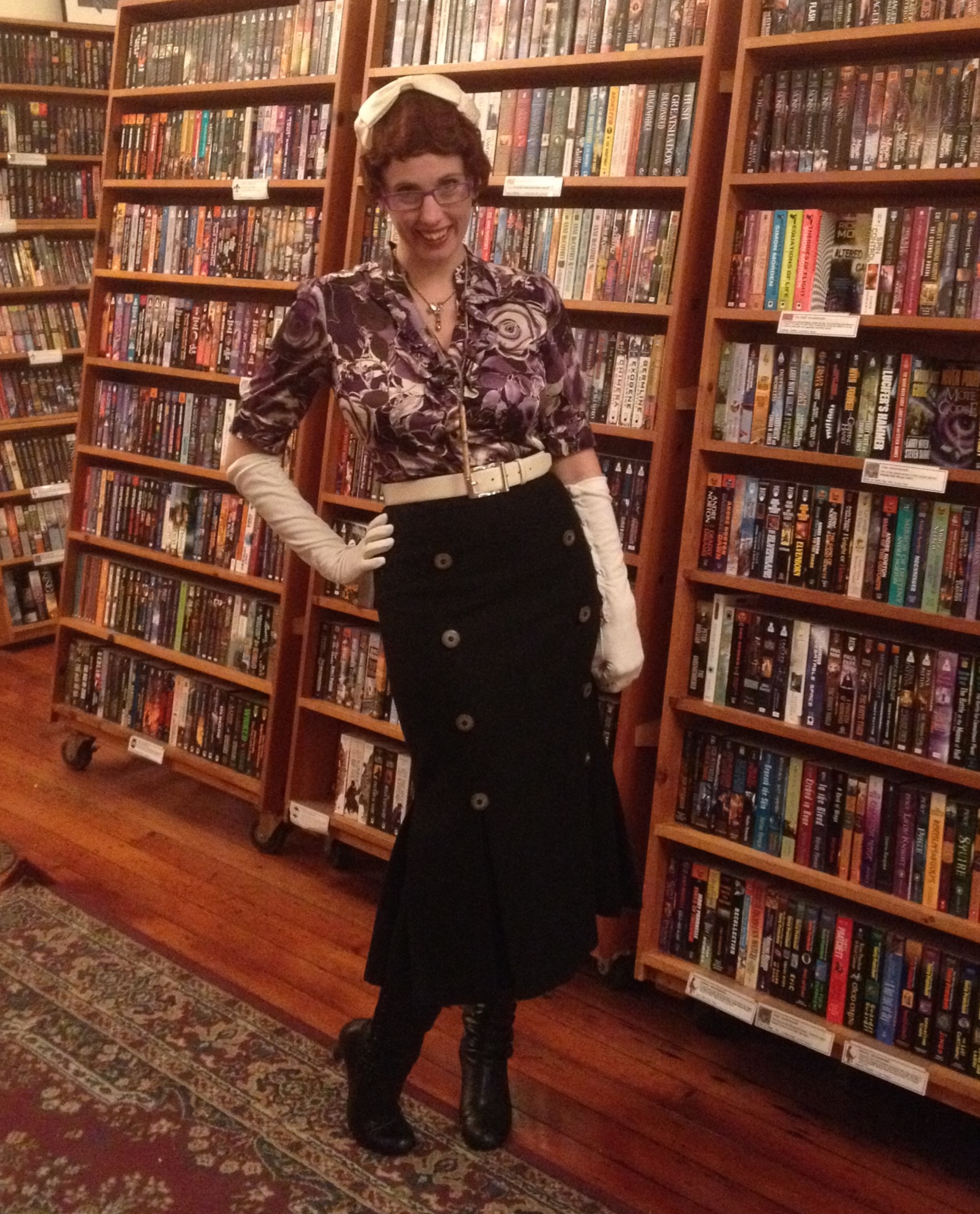 Books were signed, photos were taken, swag was given out. (I never have much swag so I just took a few odds and ends from my publicists as an apology for having to cancel the Dickens event.) And I received tribute! 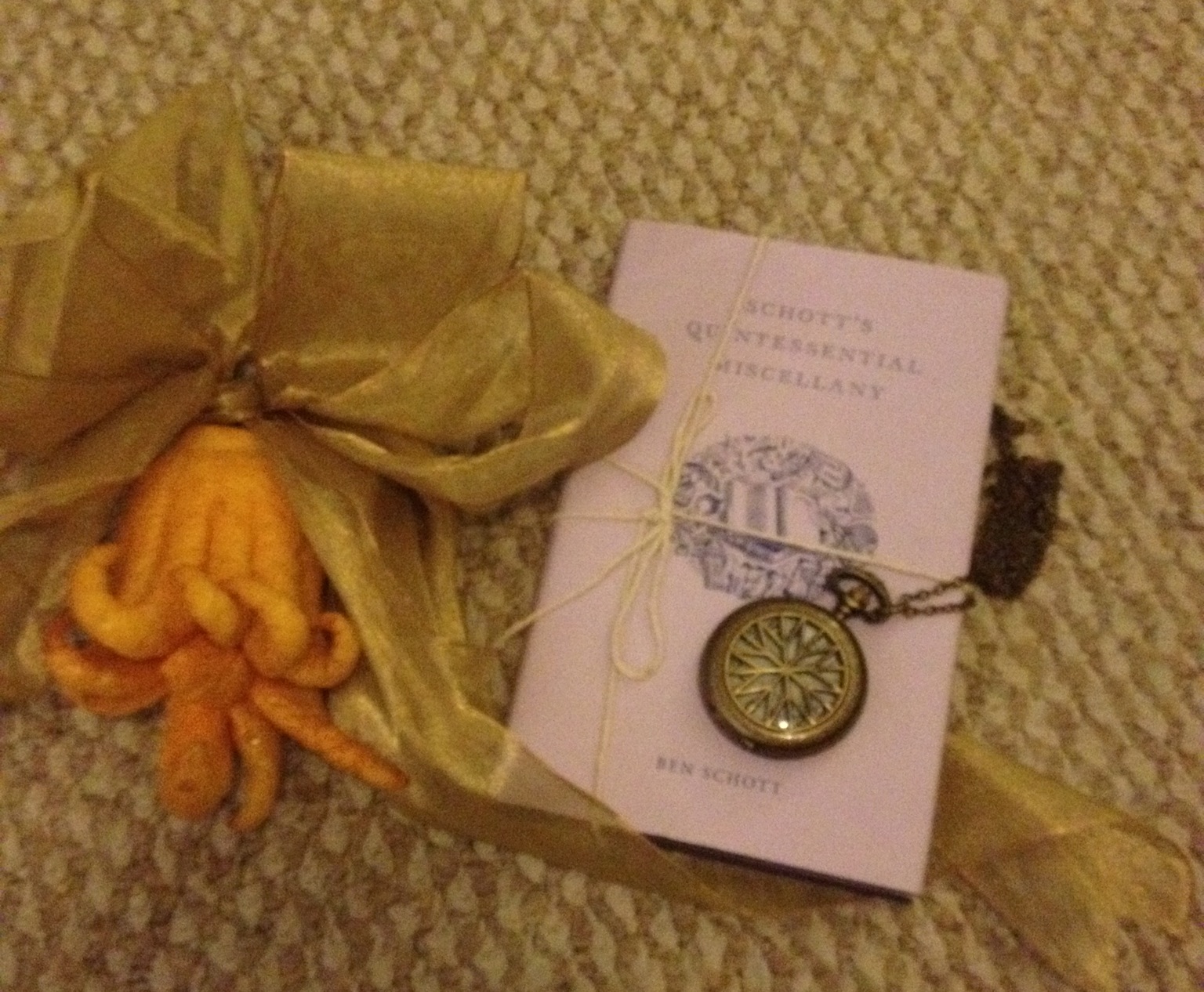 After scenting my office beautifully for a day, the citron went off to a new life in marmalade. The pocket watch will make an appearance at an upcoming steampunk event (hopefully meaning I won’t be chronically late for all my panels). And the book is sitting patiently on my bedside table.

Thanks everyone so much and have a happy holiday! May your break be filled with Indy Bookstores coming to your rescue, tenticular citrus fruit, and steampunk goodness!

Your Writerly Tinctures . . .
Want to know what’s keeping me so busy right now? Pretty much this: Unleashing the Internal Editor: A Self-Editing Checklist

Quote of the Day:
“Nothing is more nourishing than a well-made mutton broth with plenty of ride or barley in it, and the meat stewed down into the soup. This, with an honest milky pudding eaten with stewed fruit, is as wholesome a dinner as it is possible to give.”
~ Steel & Gardiner, 1888