Tuesday night, Gentle Reader, I was at Books Inc, Opera Plaza in my beloved San Francisco for to launch my new Book Baby out into the world.

(Now that is an unattractive sentence, but you follow my meaning.) This was in conjunction with their Not Your Mother’s Book Club™ teen event series. 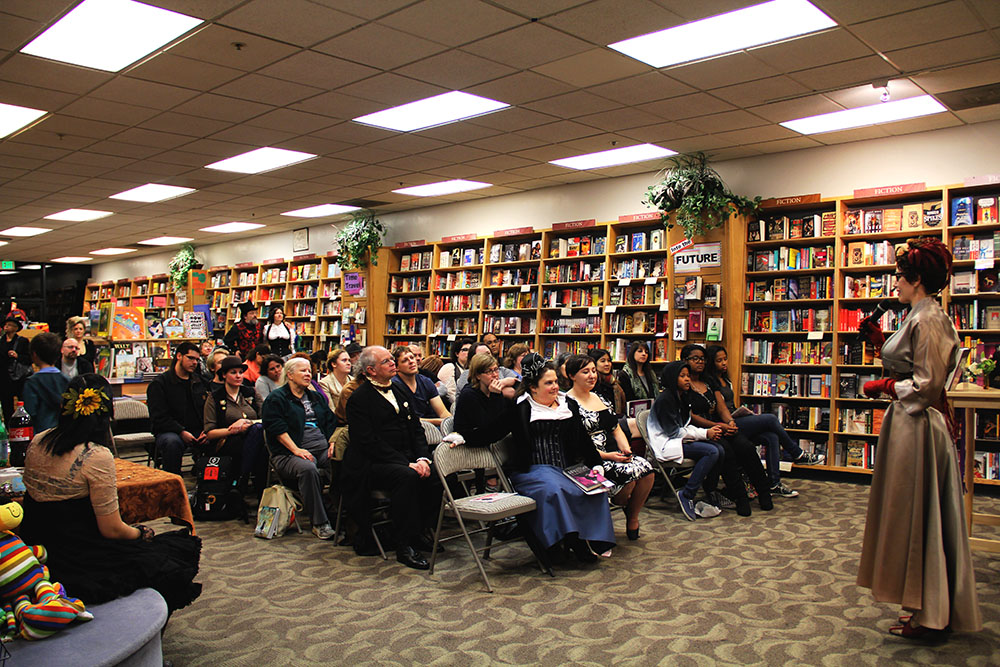 A small but enthusiastic crowd of die hard readers showed up. (Those willing to slog into the city for a mid week event.) They asked fun and silly questions. I nattered on for a bit at first and then we easily filled up the remaining time with banter. And yes, secrets were revealed. Secrets are always revealed if you come to see me in person, it’s one of the perks. 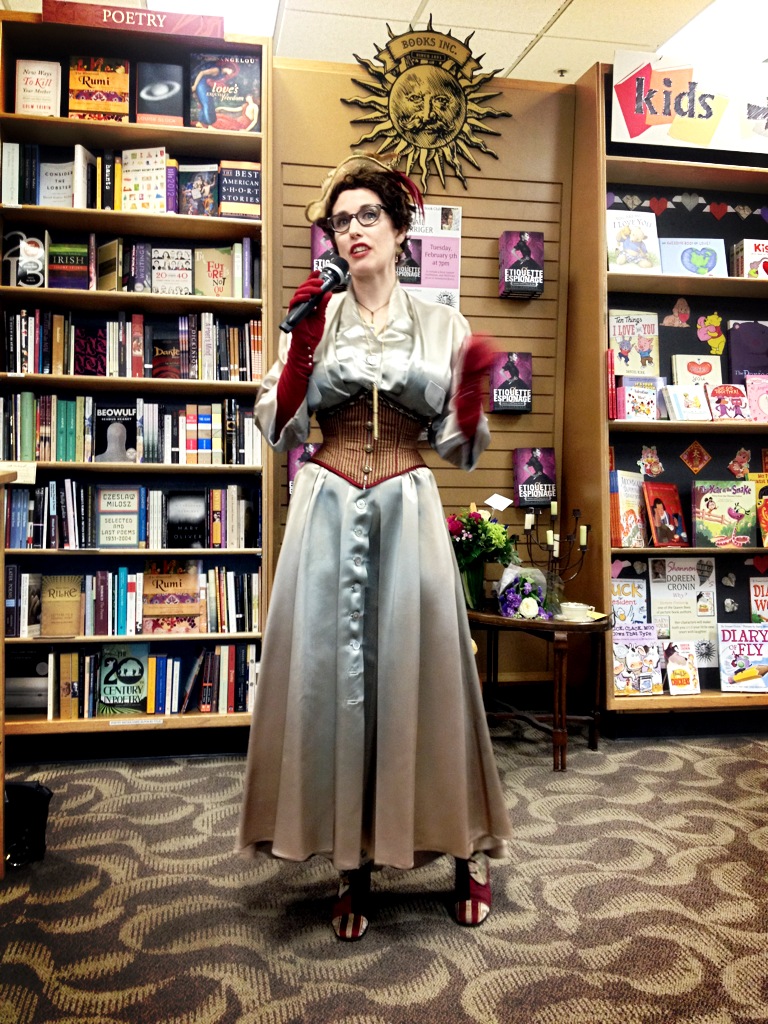 I wore a sort of steampunk meets normal Gail attire. I wanted to wear steampunk but something a little different as Nova Albion is coming up in April and I knew I’d wear all my major steampunk outfits there. I didn’t want to wear the same thing in the same area so close together ~ never that. This was my solution and I have a similar mixed media for the Steampunk Swap in Sacramento Feb 16. (Retro Rack blog post on the outfit to come, of course.) 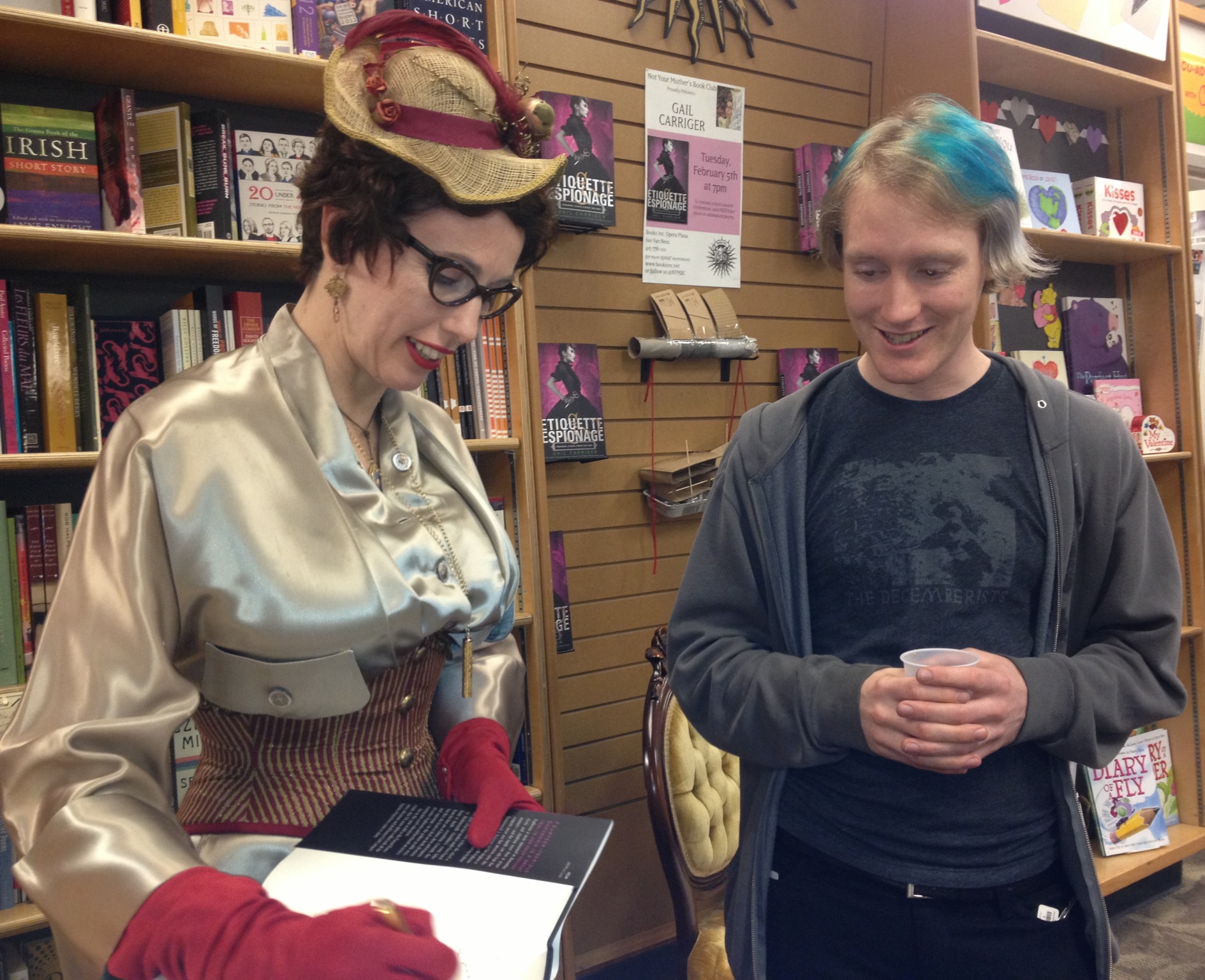 Signing for the opening musician

There was lovely live music to start and some nibbly bits (including a delicious Victorian sponge). Afterwards, I signed everyone’s books. I received not one but two beautiful bouquets of flowers. And manged to get home at a reasonable hour. All in all a most enjoyable evening. 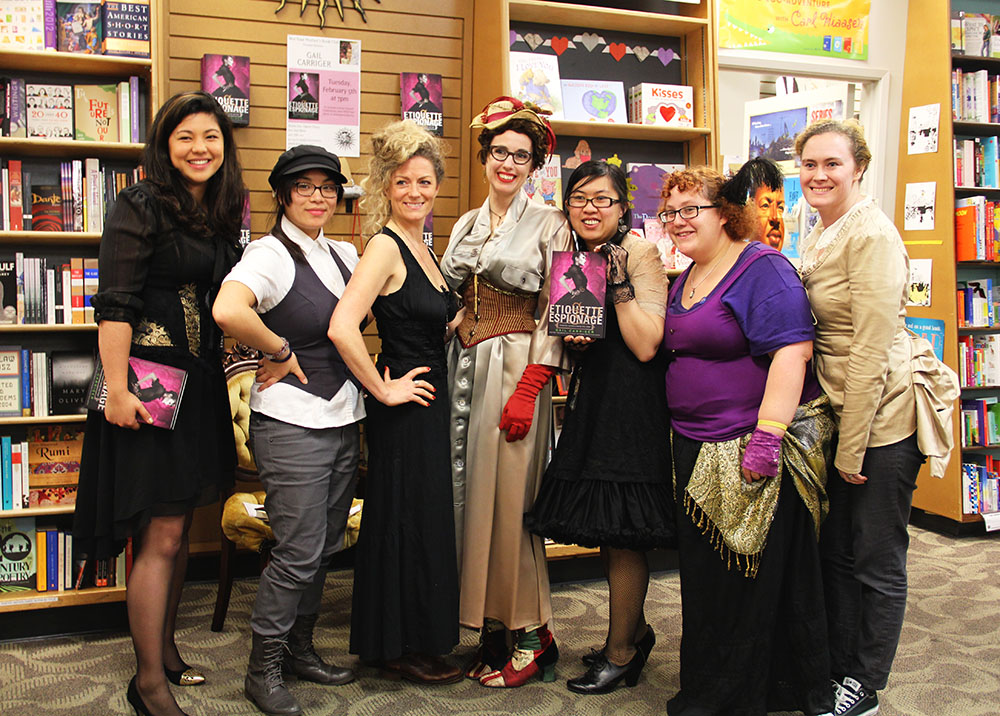 With the ladies of Books Inc. 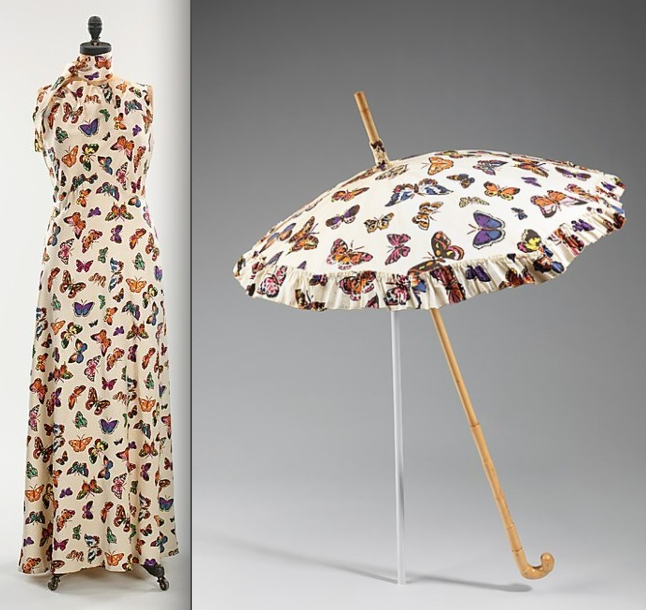 Your Tisane of Smart . . .
“’An elderly, uniformed man strolled out of a gatehouse disguised as a cantina.”
~ Harry Harrison and Marvin Minsky, The Turing Option, 1992
via Thog’s Masterclass in Ansible

Your Writerly Tinctures . . .
Who Will Read Your Stuff?

Book News:
New interview up over at Powell’s website!

Quote of the Day:
“We had a kettle; we let it leak:
Our not repairing made it worse.
We haven’t had any tea for a week…
The bottom is out of the Universe.”
~Rudyard Kipling