1. No matter how many packing lists, I will forget something, often multiple somethings.
2. Tea tastes better out of a pretty cup, however Earl Grey still tastes like furniture polish no matter what.
3. People will not let the lavender-meets-food mutually-destructive relationship go. It’s time. It was wrong from the get go. Just give it up. Lavender is for Grandmama’s soap and pretty much nothing else.
4. Hotel food seems to improve after hotel renovation. Hooray for that.
5. Unfortunately, hotels will retain and display the worst wall art, even after renovation. Much to our amusement, the infamous “baby blue truckers peeing in the bayou” paintings still reside in most rooms of the Hyatt Regency Santa Clara.
6. No one does the shampoo hair commercial flip like Thomas Willeford. 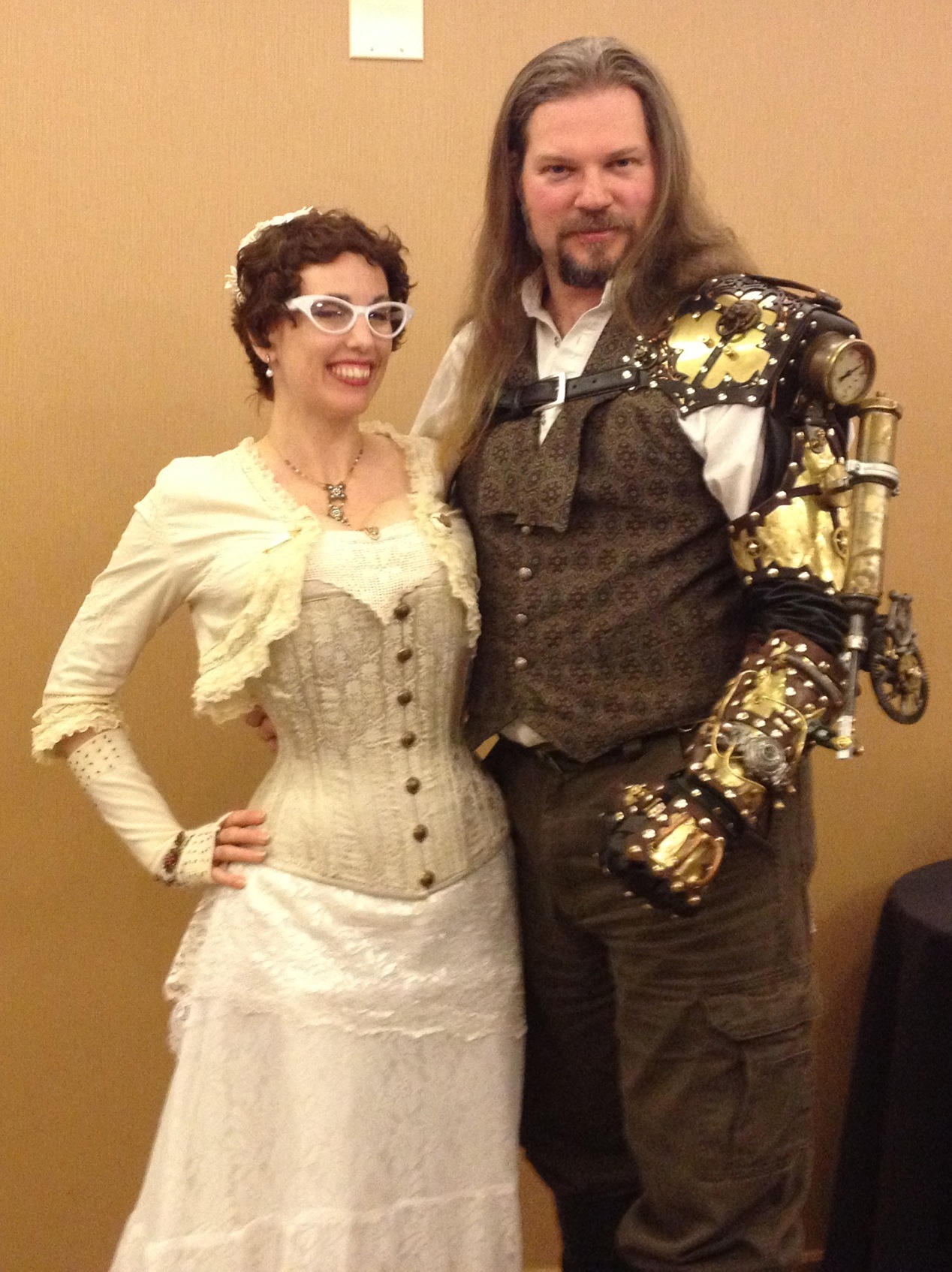 Self & Thomas flashing the hair

7. It takes a small convention to give a good panel spread on all aspects of publishing.
8. Steampunk be like faire: yes I know your face, no I don’t remember your name.
9. It will always require two takes to film Gail, perhaps it’s the vampire in her, but the first one just never works.
10. In line with that, the first take will always be the better one…of course. 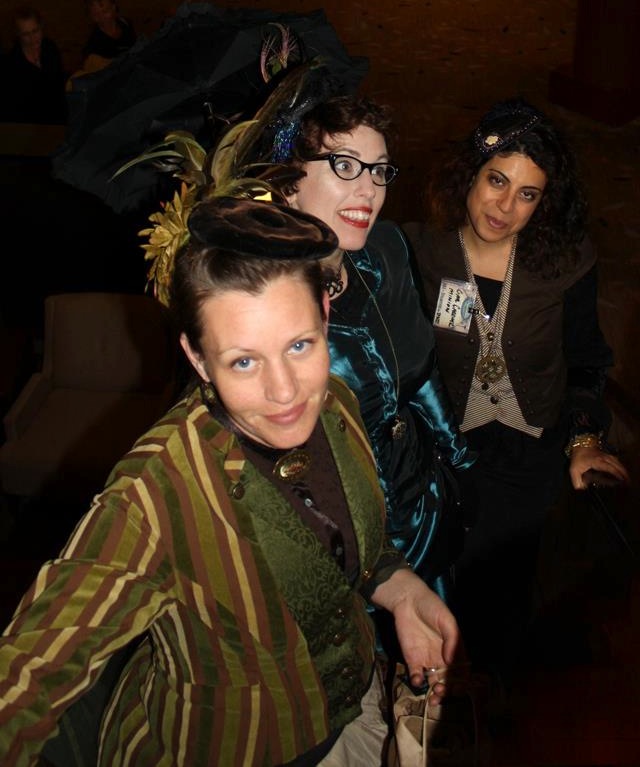 Rachel of Ruby Blackbird; self; Christiana
More about the convention to come, and if you want the inside scoop on my outfits hit up Retro Rack for all the details. I have no secrets. 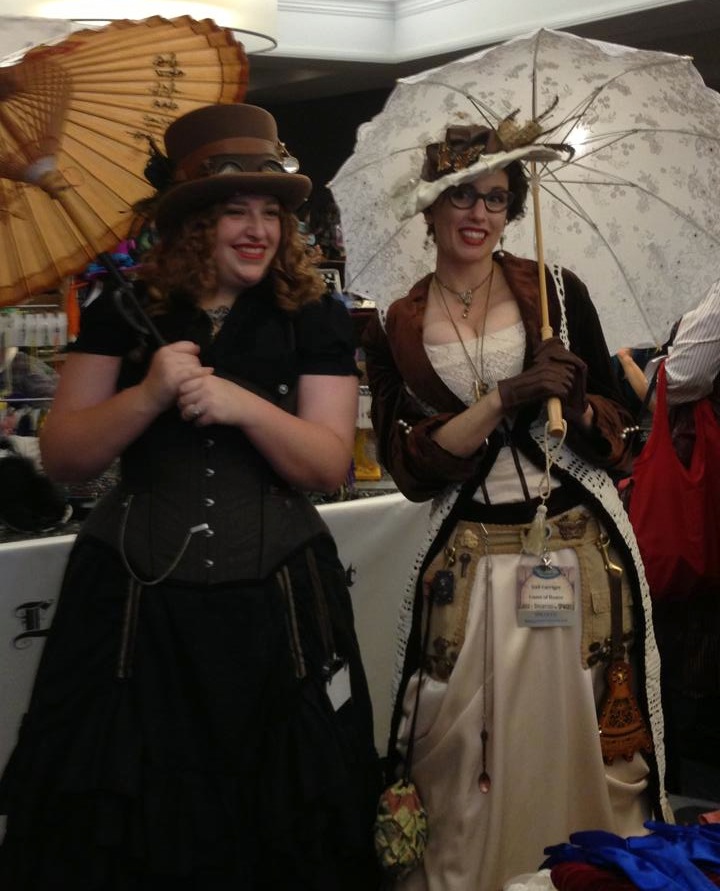 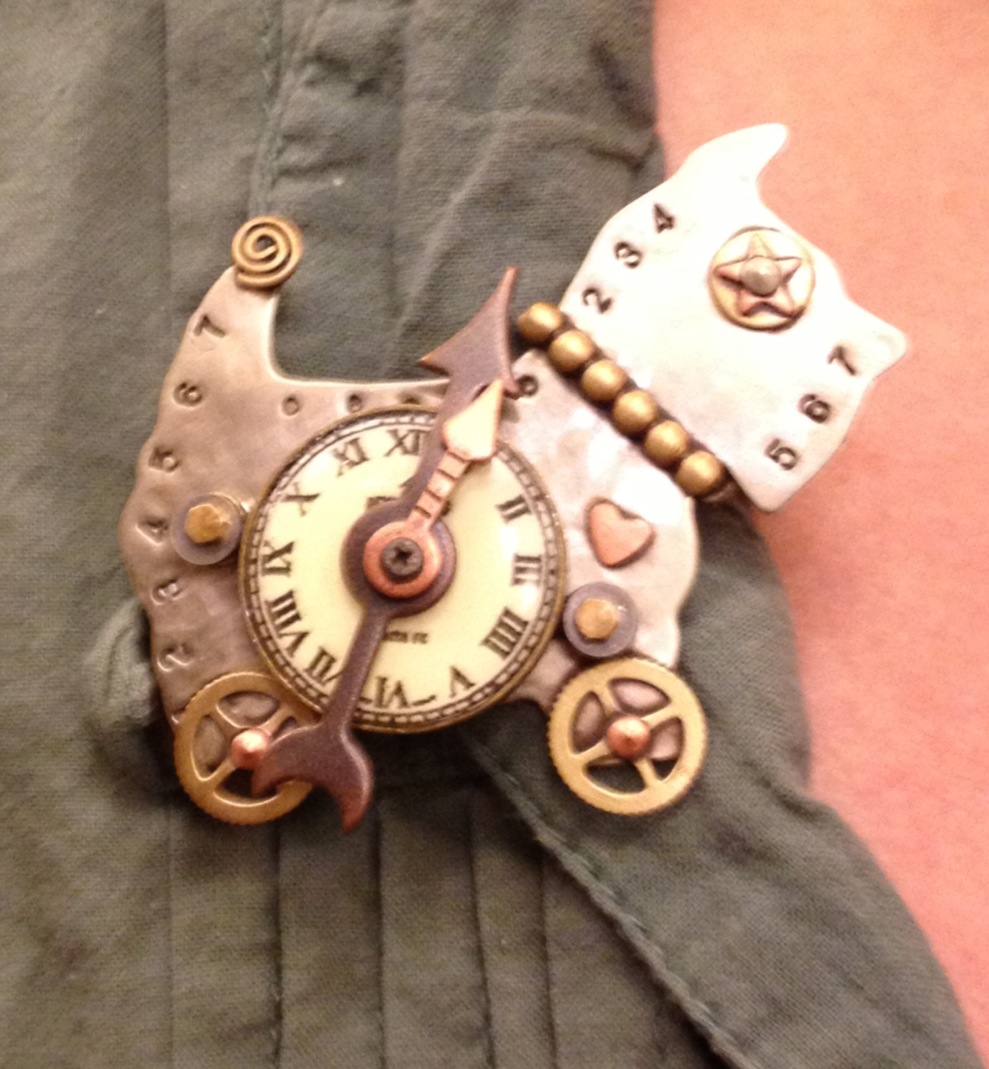 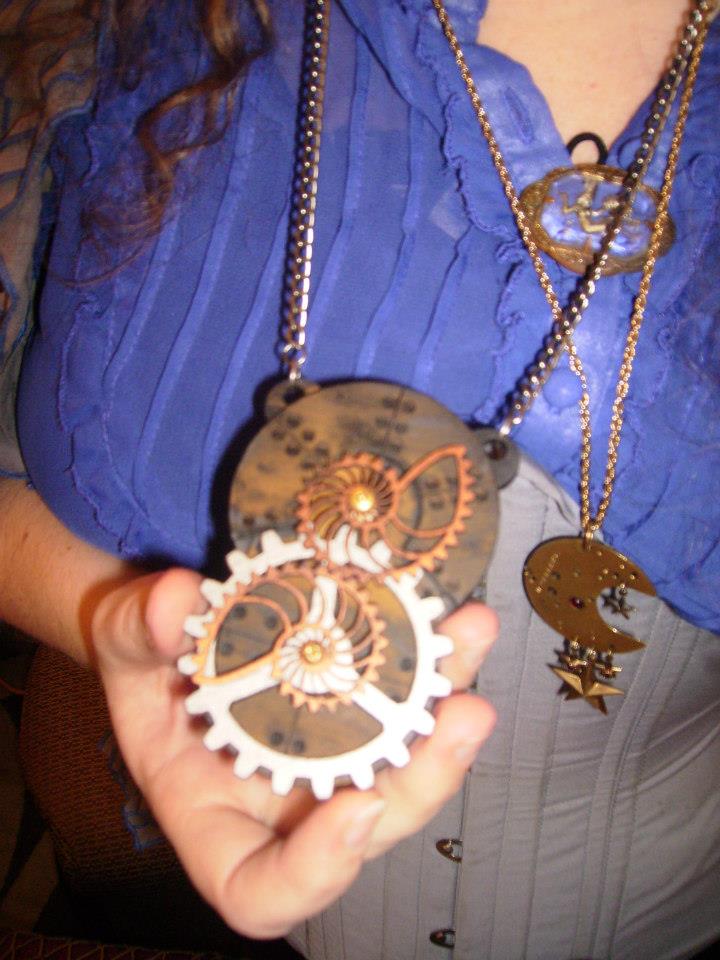 Laser cut cog necklaces that actually works to fiddle with. Hours of entertainment.

Your Writerly Tinctures . . .
Why Some Books Are Harder to Write Than Others

PROJECT ROUND UP
Waistcoats & Weaponry ~ The Finishing School Book the Third:

The manga editions available in print. 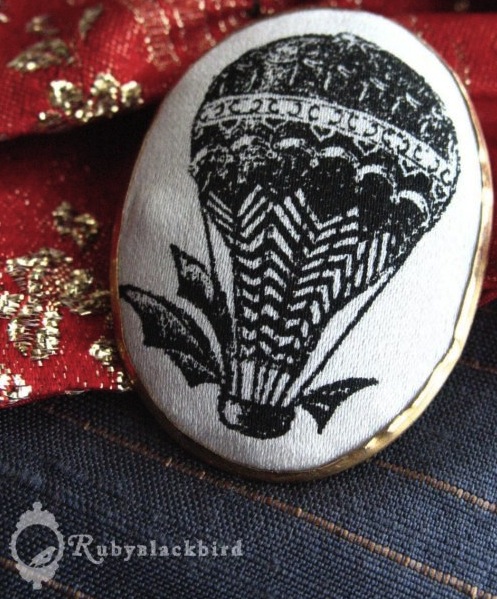 Quote of the Day:
An Obvious Mistake.
An advertisement has appeared in nearly all the papers, announcing as a “novel thrilling attraction” that
“Two ladies will make their ascent on Monday evening next, suspended from the car of the Royal Cremorne Balloon.”
There is evidently some mistake in the announcement of this unwomanly and degrading exhibition. We cannot well allow that to be an “ascent” where the parties engaged so completely lower themselves.”
~ Punch July 1853