Gail Carriger: An American Author in France ~ Part One, Paris

Hello my darling Gentle Reader, I am home!

I had a marvelous time in France. The waiters were indeed grumpy, the taxi drivers beyond the pale, but the food was amazing and everyone was impossible sweet and dear (even the waiters after some attempts at French, although the taxi drivers remained hopeless). The AB and I returned home to California making murmurs about moving to Strasbourg for three months out of every year, (dreams, dreams). I manged to eat the illusive floating island AKA ile flottante. This is a long running quest. I have been trying to eat a floating island since I first heard of the amazing concept some 20 years ago. 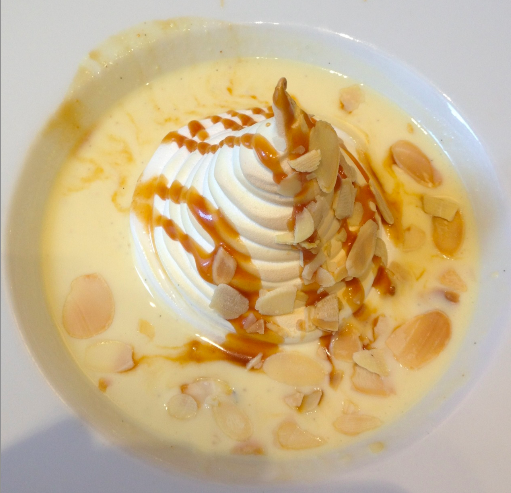 Accompanying it on the menu was something called a chocolate quenelle, which of course the AB ordered (because it’s chocolate) but which I was deeply excited about because of the name. More than one Quenel! How fun is that? (It turned out to be very tasty indeed, kind of like a very dense puddingy ganoche).

Speaking of characters turning up on menus, the very first night we were in Paris we encountered a rosé on offer at a pub called Chateau Lefoux! Of course, I ordered it. 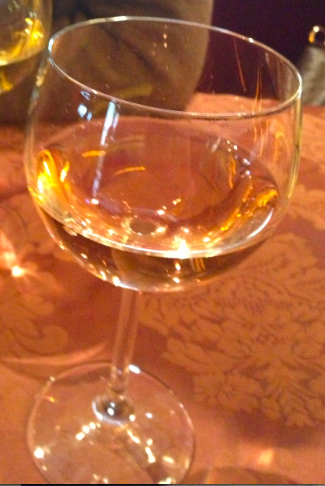 It was a bit sharp for me, perhaps a little too fresh, but then many readers feel that way about Madame Lefoux. (Oh, aren’t I witty!?) Now where was I?

Oh yes, France, the food. I ate too much of it. Particularly the cheese. For France is a land that puts cheese in its proper place. Its proper place being everywhere, available at all times, and if not actually in the dish, then served as its own course, often both. So much cheese. 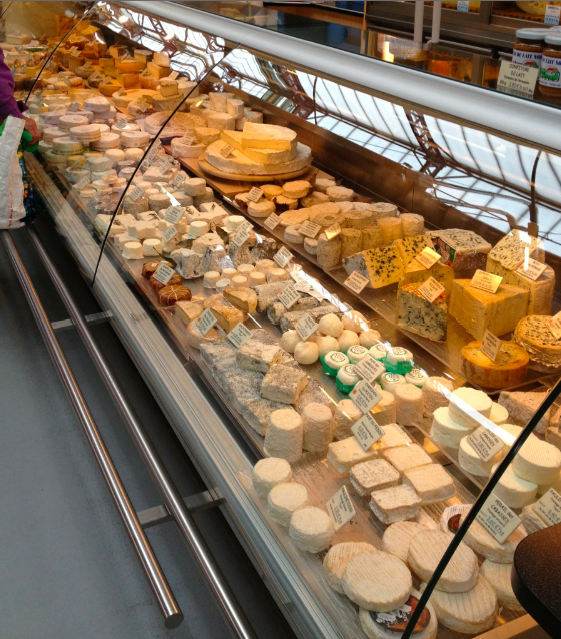 And now, what did I get up too?

Spent:
Checking into hotel then consuming croissant and coffee. Walked through Luxembourg Gardens looking for dinner. Not much in the way of dinner before 7:30 PM so instead found wine. Eventually, sourced crepes, realizing that most savory ones are made from buckwheat and called galettes. 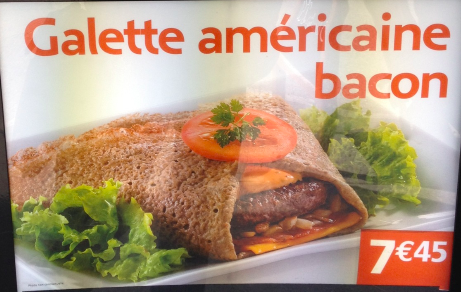 Lessons learned:
The French do not line up, nor do they form a queue, they cluster.
In Paris, parks and cafes are living rooms.
When hungry before 8pm best to eat crepes. Hell it’s always best to eat a crepe.

Spent:
Consuming an amazing breakfast of coffee and croissant, packing and organizing for trip to St. Malo. Lunch of puff pastry filled with goat cheese and grilled veggies and then a visit to my publishing house. 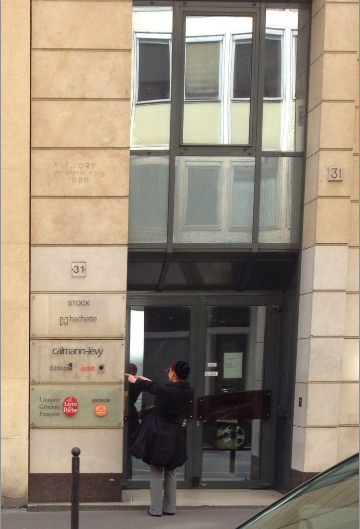 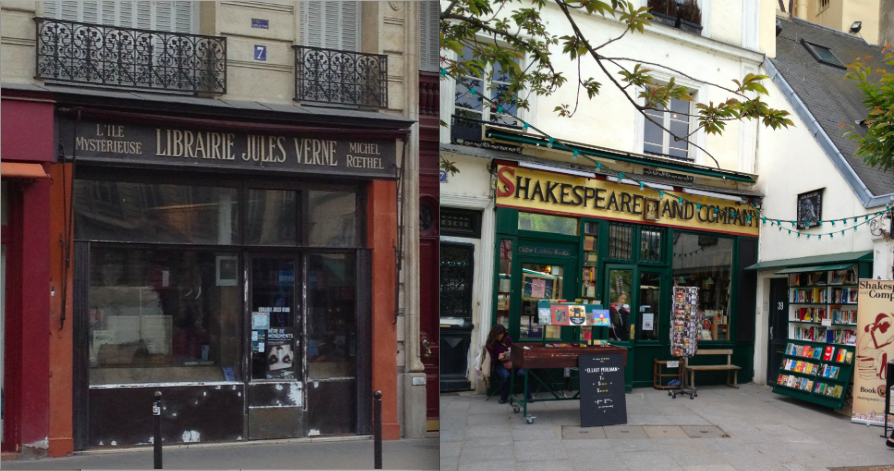 Lessons learned:
It’s very peaceful, being surrounded by books, perhaps because they are essentially boxed dreams?
In Paris cheese on a sandwich or on a crepe, seems to mean some form of Swiss.
Some French trains have pink toilet paper.

Next up I tell you a bit about my sojourn in St. Malo and the Etonnants Voyageurs Book Festival. 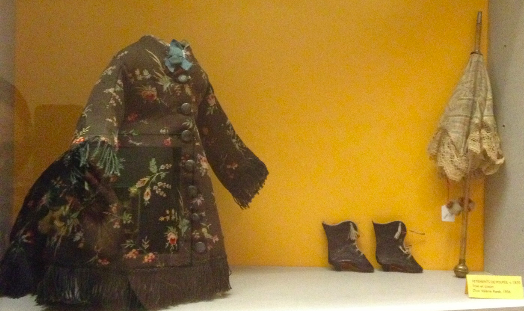 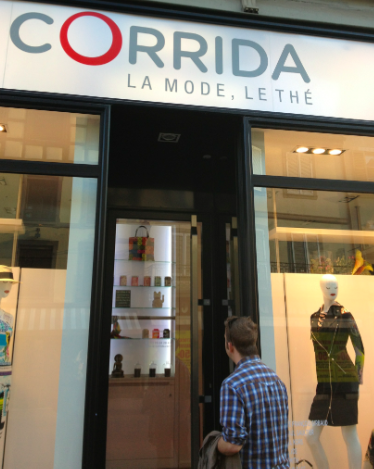 Fashion store that shows gowns in fields of tea. 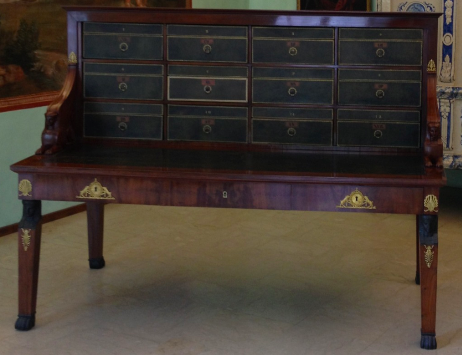 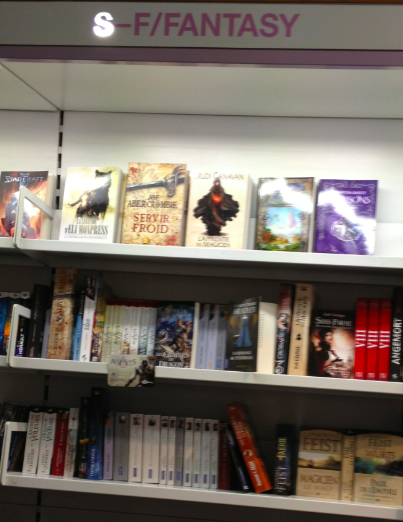 My book in a French bookstore!

Quote of the Day:
“Are French Canadian Ducks Quebec Quack?”
~ Gail & the AB in conversation