Remember, remember, the fifth of November
Petticoats, treason and plot.
We see no reason
Why Pickleman treason
Should ever be forgot

Here are six questions people have asked me about this book.

1. Will there be romance in Sophronia’s future? It seems she has caught the eye of a young man from the Evil Genius Academy, and I was wondering if maybe there is a small romance for the two, or if he becomes a secondary character at least? (from Krystin)

Yes indeed, there’s a bit in Curtsies & Conspiracies. And the third book is called Waistcoats & Weaponry for a reason. 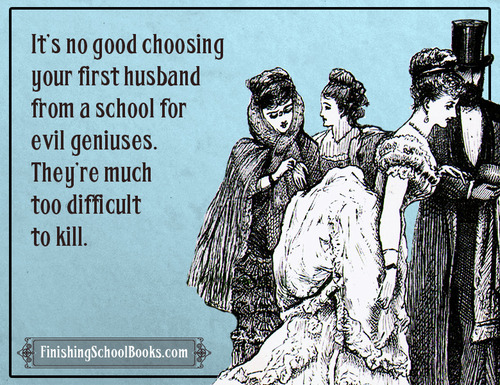 2. Will Sophronia’s roommates be the same for the next book, since it is a new school year? (from Elizabeth)

Yes but everything begins to change.

Since I answered this above, I am reminded by the question itself of something that is difficult to make clear both to modern readers and my editors. So I’m going to ask the question in everyone’s mind that they don’t know to ask when they ask these kinds of questions… as it were. And here it is:

4. How was Finishing School in the Victorian era different from boarding school now?

Finishing school, in fact all kinds of school for those too young (or too female) for universities, had no terms as we think of them. (Universities had “sessions” which loosely correlated to sessions in parliament, which were built around the hunting season. To make matters more confusing there were four session at Oxford and three at Cambridge.) So what happened was: younger students simply went to their finishing school and were sent back for a few holidays (if your parents wanted) and the rest of the time were in class. Think about the Squeers in Nickolas Nickleby, or the girl’s seminary in A Little Princess. Finishing Schools were basically a from of outsourced foster care. They weren’t quite school as we think of them. I try to get this concept across by never using the term “term” and having Sophronia matriculate with her year group rather then as a grade, per say. Basically there are no grades, no real moving up from one educational level to another. Young Ladies just got older and stayed in school until their parents decided it was time for them to come out into society and marry. In my school, there is a finishing test, but as you’ll see some girls are simply taken out and married off by their parents before any final exam takes place.

5. Could you make a male friendly version …maybe put a bunch of blood and guts and change the name to Chills and cutthroats lol (from docxen)

No. You could watch some TV or any high-earning blockbuster.

6. What has been your favorite part about writing Curtsies & Conspiracies? (via batalpaca in my Reddit AMA)

Oh the flirting, definitely. And there’s some cross dressing near the end. Nothing makes me happier then when a girl disguises herself as a boy for the purposes of infiltration. 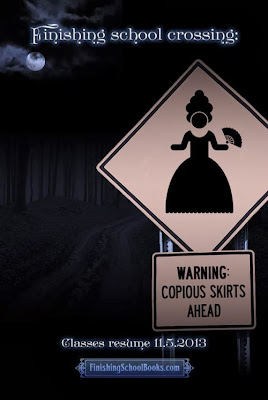 Want more? I have a fun interview up over on Mysteristas. It includes the following:

If your latest book were chocolate, what kind would it be?
A dark chocolate turtle: sweet but not too sweet, chewy in places, and full of nuts.

Your Tisane of Smart . . .
How to virtually change your window view.

Errant Easel says, “Only Curtsies & Conspiracies could exceed Etiquette & Espionage… As much as I loved Book the First, I was not prepared for how much I would enjoy Book the Second.” 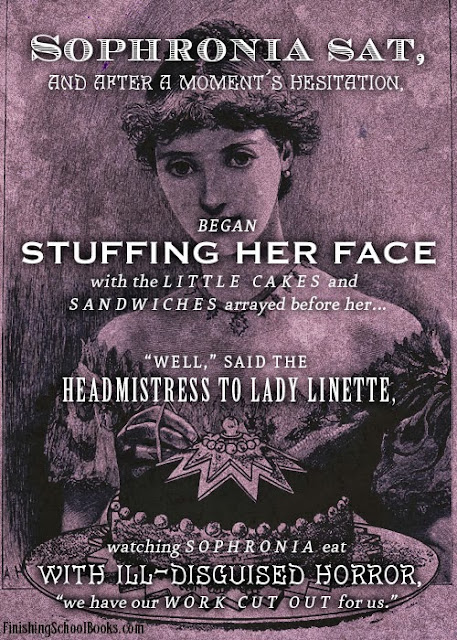