I am delighted to announce that I have won the Prix Julia Verlanger, a French Award for Sci-Fi and Fantasy. They give the award once a year, to one author. I am quite chuffed. This is my first genre award and my first international award!*

The award was announced at les Utopiales de Nantes but I’ve known for three weeks and been eager to tell you, Gentle Reader. I am so sad I wasn’t able to be there. My awesome French publishing house picked it up for me. 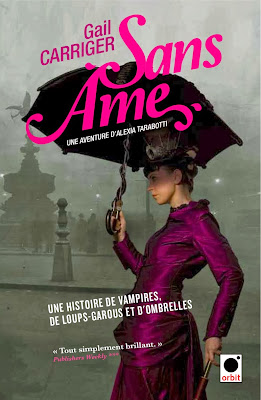 I asked them to please thank all my French readers for taking a chance on books set in England, and my publisher and translator for doing such a wonderful job. Also I wanted to thank everyone for being so gracious to me when I visited earlier this year, I feel spoiled by France in many ways.

I am reminded of a silly story from the begining of this crazy journey into writer-doom.

You see, France was the first territory my books sold into, outside of the US. Before the UK.

Yes, you read that right.

Well my Mum, who is Properly British, was so upset about this. It was as if the French had conquered some desirable foriegn territory before the Queen manged to get there. Mum was mighty perturbed with her own country. 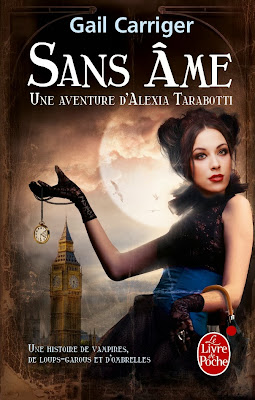 Of course, now the series is in both territories. And there are many reasons the French “got there first,” as some are prone to putting it. But I can’t help cherishing affection for my French readers, not to mention lingering surprise that have taken something so ridiculously Victorian into their hearts. Perhaps it’s something to do with the fact that Alexia talks about, and I describe with such evident delight, food? Perhaps it’s because I’m gently poking fun at those Victorians? Perhaps it is because Madame Lefoux is so bad ass? I suppose when push comes to shove, Steampunk is French by rights of Jules Verne. And I suspect the French of being quiet open and willing to immerse themselves in the wonder of whimsey.

What ever it is, I can only say thank you from the bottom of my marmite-eating soufflé-loving warped little heart.

* Soulless did win the Alex, an award from librarians, who are so awesome to me and my books. So one could make the argument that the “librarians got there first.” Which makes me picture librarians armed with rulers as swords and books as shields in phalanx formation storming the beach at Normandy. I know I’m mixing so many times and places and metaphors. My brain is like that.

“Don’t be misled into thinking that such books offer little for adults.”

“A little sincerity is a dangerous thing, and a great deal of it is absolutely fatal.”