By request from a recent signing, bellow are some of the books I have read and enjoyed in 2013. I’m not mentioning ones I already talked about.

So the reason I had time to read is because I was on tour for Curtsies & Conspiracies, traveling a lot, and not writing. Most of the time these days I just don’t have the opportunity to read much anymore. It has kind of turned me into a binge reader.

Please note that these books are not similar to my own work. Often they are as different as possible since I like to take a brain break when I read. Because I have a kindle, most links are to Amazon kindle ebooks, I’m sure they are all available in whatever other medium you prefer.

I went back and looked through my Sword & Sorceress anthologies for some of my favorite short story authors and then jumped on line to see what happened to the authors. Dave Smeds was one of the only ones still writing, or at least who had made the transition to the digital age. This collection of seven short stories (almost all reprints from the S&S anthology series) doesn’t disappoint; strong fantasy with fantastic female main characters and a beautiful turn of phrase. A great collection of bite sized joy.

The Song of Achilles by Madeline Miller
Alt-history

Correctly hailed as the scion of Mary Renault, this is a retelling of The Iliad written in first person from Patroclus’s perspective. As I have always found Achilles’s foil by far the most interesting character in The Iliad, I loved the idea behind this book. The execution did not disappoint. I wish we had a little more insight into why Achilles loves Patroclus so devotedly, but their relationship is believable and there is a great twist as to how Miller manages to finish the story of the war (even after that whole messy chariot debacle). However, if you have read Homer you already know that this is inevitably a sad story ~ be prepared to cry. 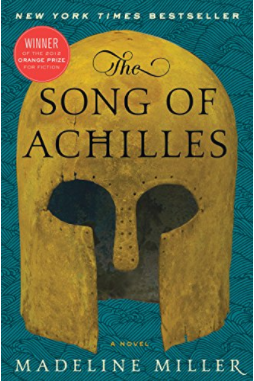 This is the first in the Source & Shield series of books (The Hero Strikes Back, Heroes Adrift, Heroes at Risk, Heroes Return, Heroes Reward). I read them all, one after another, so I’m afraid they rather blur together in my head but I very much enjoyed them. The main character is a tough, practical Shield with some odd ideas about how the world works and her own feelings on the matter. Much to her disgust, she is bonded to an outrageous overly-emotional Source. Together they form one of the few magical defenses against their world’s fierce storms. The hook is the dynamic combative relationship between the two main characters, and it’s a good hook.

This is a great book, a somewhat YA fantasy dealing out escape and battle meets political maneuverings and court etiquette underwritten by a beautiful romance of miscommunication. Crown Duel is two novella length stories (Crown Duel & Court Duel) about the same characters combined into one novel. Mel is a strong capable single minded heroine, very like Elizabeth Bennett, only with a sword at her side. Her love interest is clever, appealing, and gentle. 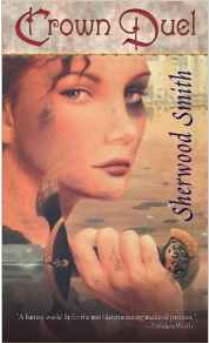 The Study Series by Maria V. Snyder
Fantasy, YA

This is a bundle of the trilogy Poison Study, Magic Study, and Fire Study. I found this fantasy (somewhat YA) series on a recommended reading list for those who love Tamora Pierce. These books certainly harken to her Wild Mage series although they twist a great deal darker. I enjoyed the first book the most, but they were all eminently readable, featuring an intriguing world, a strong courageous main character, and a bittersweet love interest. This is one of the few fantasy series I’ve encountered that deals with a quazi-communist style military dictatorship, an intriguing political set up that reminded me a bit of the world-building in the Hunger Games (although Snyder is not sci-fi).

Sharing very few tropes with the urban fantasy sub genre this book is more properly a high fantasy featuring shape shifters, mages, and an invading army. Although, the time period is modeled more on early regency than medieval. The main character is brilliantly strong and courageous, but don’t expect the classic love triangle, the standard waffling, or the pat ending of an urban fantasy arc. This book is stronger, fiercer, and far more epic. Battles and choices have empire-wide consequences for the characters and the reader. I found it tough going at times because it got quite gruesome, but well worth the journey.

Marvelous story written shortly before the turn of the century about a contemporary heroine of her day. Bright and fun and easy to read, very like Cold Comfort Farm only more sweeping. Miss Cayley is a New Woman determined to travel the world on only her wits. She is educated, stubborn, independent, and resourceful. (Not to mention beautiful, charming and cutting.) This book does not read at all old fashioned, it’s quite easy and fun.

First in the Theirs Not to Reason Why series (unfinished at three books: A Soldiers Duty, An Officer’s Duty, Hellfire) this is high-end far-future space opera featuring a main character who is a psi prophetess heavy-worlder, who is the best at everything both physical and mental. Ia is a somewhat-pompous Cassandra-figure orchestrating the future of her entire galaxy. Despite Mary Sue components, repetitive language, info dumping, and various other concerns and issues I found this whole series utterly addicting and hypnotic. (Insert “Why must this be?” of frustration here.) I could not put any of them down and I can’t wait until the next book (which I hope will be the last).

Lord of Two Lands by Judith Tarr
This was a reread for me. You can read my review for Sf Signal.

Gentle Reader, as you may be aware I am on Goodreads where I occasionally go through spates of putting up reviews like these but you can also check the back log there of books I love. 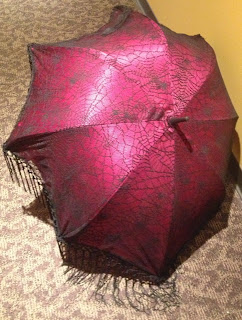 Book News:
C&C review from Bookyurt, “This book is a delightful romp, a proper blend of intrigue, mystery and adventure – manners, reticules, and mustaches all very much in order.”