Rachel Bach is author of our book group’s first read along, Fortune’s Pawn. She has been kind enough to stop by the blog today and submit herself to my very silly questions. Please feel free to ask her something yourself as well.  I will attempt to ensure the question gets to her… 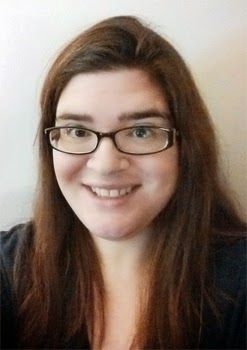 Tea or coffee and how do you take it?
Coffee, black and in large cups. We are hardcore here at Casa de Aaron-Bach.

Describe your personal style for author appearances.
I tend to hover somewhere between “Bohemian” and “Hobo” for my working attire. When I do have to go out in public as my author self (opposed to my usual “mother of a small child”), I generally trend more toward the “The panel was when?! OMG OMG THROW ON CLOTHES GO GO GO” end of the fashion spectrum.
In short, you’re lucky if I’m wearing pants.

If I were to observe the writer beast in its native environment, what surprising thing might I see? What does the environment look like?
These days, I do almost all of my writing curled over like a shrimp in my recliner with a laptop. The lack of a desk helps me focus, and the inclined angle of the laptop propped up on my knees has pretty much eliminated pain in my hands from Carpel Tunnel (a big deal when you spend the vast majority of your day typing). I have a small side table where I keep my notebooks, pens, and my eternal pyramid of Diet Coke cans, but otherwise I try to keep everything focused on my laptop so that the monkey brain doesn’t run off with all my writing time. I use a program called Freedom to turn off the internet during work hours for the same reason.
The only exception to this set up is when I’m plotting. Then I take over the entire dining room table with maps, note cards, and timelines. I also make it a point to walk and stretch in between scenes. Writers have to take care of their spines! There is no elegant way to write around a bad back.

If you drive, what do you drive?
A black 2005 Honda Civic LX which we call the “Swift Black War Honda.” I bought it in 2006, but it’s still “my new car.” These things happen when you get old.

No deviating: vanilla or chocolate ice cream on a plain or a sugar cone? (Gail will use this to determine your level of sanity.)
*starts sweating bullets* Um….Chocolate with a sugar cone! Did I pass?
Gail pronounces you entirely sane and probubly someone she would like to eat ice cream with.

What’s most likely to make you laugh?
A truly ridiculous situation, preferably involving someone who deserved it.

Since writers inevitably end up in the bar, what’s your poison?
Devi drinks her whiskey on the rocks. I am significantly less badass and prefer it in the whiskey sour variety. Devi has no idea why anyone would do such a thing to perfectly good whiskey.

Rachel Bach is the author of nine novels, including the action packed Science Fiction Romance, Fortune’s Pawn! She also writes Fantasy under the name Rachel Aaron, starting with the Legend of Eli Monpress, a rollicking fun series about a charming wizard thief and the poor bastards who have to try and stop him. Her bestselling nonfiction writing book, 2k to 10k: Writing Faster, Writing Better, and Writing More of What You Love, has helped thousands of authors double their daily word counts.
When she’s not holed up in her writing cave, Rachel lives a nerdy, bookish life in Athens, GA with her perpetual motion son, long suffering husband, and obese wiener dog. 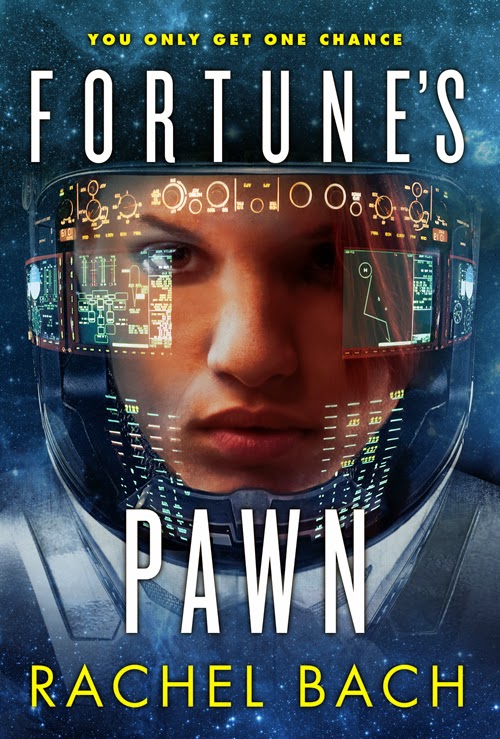 What should readers eat while consuming your novel?
Something you can consume at a constant pace over long periods using only one hand. I don’t want to brag overmuch, but many of my readers agree: if you have to put the book down to eat it, it ain’t getting et. 😉

What form does evil take within its pages?
That’s a complicated question. The original raison d’être for Fortune’s Pawn was that I desperately wanted to read a love story in space, and when I couldn’t find one I liked, I wrote it myself. Past that most fundamental of writing drives, however, the series quickly turned into a writing challenge of a different nature. Namely, I wanted to write a story that had no villain.
In my experience, true evil is as rare as true good. Most people do what they do thinking (or at least rationalizing) that it’s a good and right thing. This is especially true of people doing very hard things. After all, why would anyone put up with that level of personal suffering for a cause they didn’t consider worthy? To this end, everyone in the Devi Morris books thinks that they are the hero. They’re all very good people doing what they believe needs to be done for the greater good. The catch, of course, is that all characters have very different ideas about what needs to be done and why, and a large part of Devi’s story is figuring out who is actually in the right while under great duress and with incomplete information.
All of this is a very complicated way of saying there’s no clear sides in the books. This isn’t a story of good versus evil, but of good intentions gone horribly awry. That said, it’s still a novel about a powered armor wearing space mercenary, and there are plenty of shootouts with less morally ambiguous parties–carnivorous aliens, mercenary crash teams, etc.–to keep the adrenaline pumping. Devi Morris is a woman of action!*

Which one of your characters would you most want to kiss and why?
Probably Rupert, but Devi would shoot me if I kissed him, so I’m going to go with Caldswell. Poor grumpy captain really could use a kiss.

What’s your favorite period in history and does it influence your world building?
I’m very fond of the Industrial Revolution. It was a time of such enormous change and juxtaposition of the old and new. A time of great hope and innovation, and yet also extreme callousness and disregard for human life in the pursuit of progress. The entire era is a bold-faced reminder that whenever the world changes, there are winners and losers and those who take things way too far. No one remains unaffected. These are lessons from history I try to represent in all my books: that every action and change has a consequence, and that one person’s glorious revolution means the loss of another’s historic way of life. These conflicts don’t even have to be related to the plot, but they are an eternal part of the background in any reality, and including them always makes things more interesting.

Which one of your characters would you most like to slap and why?
Rupert, definitely. Good thing Devi’s already on the ball in that department!

Without spoilers, what’s the funnest (or funniest) part of the book?
Anytime Hyrek or Nova says anything. Devi is my darling, but those two have the most fun dialogue of anyone else on the ship. I would totally hang out with them.**

If your story smelled of something, what would that be?
Oiled steel and the faint ozone reek of burned plasma. Even in the quieter bits, there’s a lot of shooting.

“If Sigouney Weaver in Alien met Starbuck in Battlestar Galactica, you’d get Deviana Morris.”
Devi Morris isn’t your average mercenary. She has plans. Big ones. And a ton of ambition. It’s a combination that’s going to get her killed one day – but not just yet.
That is, until she just gets a job on a tiny trade ship with a nasty reputation for surprises. The Glorious Fool isn’t misnamed: it likes to get into trouble, so much so that one year of security work under its captain is equal to five years everywhere else. With odds like that, Devi knows she’s found the perfect way to get the jump on the next part of her Plan. But the Fool doesn’t give up its secrets without a fight, and one year on this ship might be more than even Devi can handle.

* Gail would like to add that as she is continuing the series this is SO TRUE. And so well done.
** And Basil. I LOVE Basil. He’s so delightfully grumpy all the time. Reminds me of various friends of mine. And Dimity’s brother Pillover in the Finishing School series.

{What is Gail’s Book Group reading for June? Fortune’s Pawn by Rachel Bach ~ Book One in the Paradox series}

Your Writerly Tinctures . . .
Ten Things I’d Like to Say to Young Writers

“We are living in a world today where lemonade is made from artificial flavors and furniture polish is made from real lemons.”