So this month’s book, Blood & Chocolate by Annette Curtis Klause was a reread for me, but it was different looking at it with my critic’s hat on. 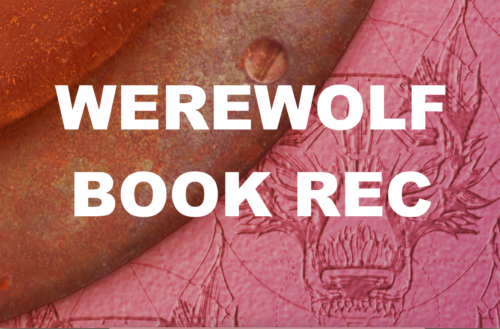 This brilliant, sexy YA, did urban fantasy before we knew that’s what it was called. Please don’t judge it by the abysmal movie version, the book is nothing like that dross. It’s romantic, fast paced, a true insight into what it might be to be a teen girl and a werewolf. The main character is strong, powerful, and has a genuine path to self actualization and independence. We should be so lucky as to have young girls read and want to be Vivian. I adore this book. 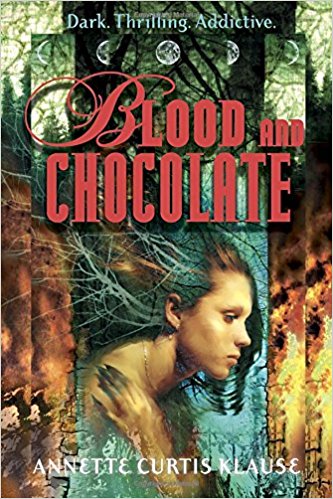 When I first read it, I mostly just loved Vivian. I liked how she is such a strong and powerful creature, physically and otherwise. Klause writes her as wolf-like in attitude and self-confidence. That’s so different from most YA novels which (in an effort to create an outsider character) dwell overmuch on weakness and shame (often as obstacles to be overcome but still defining character traits).

Yet Vivian is still a YA character. She is trying to find out her place in the world, the difference being that her world has been upset. Her place, once so surely with her pack, is shaken. Most YA protags are weak and find their place through strength and personal growth. Vivian starts out strong but won’t except her place.

Dammit, there’s no reason I should let pack traditions rule me, she decided.

Vivian’s struggle is to acknowledge duty. Losing her father left her with a profound sense of survivor guilt, both wolf-like loss of alpha leadership, but also a sense of responsibility in that as she becomes an adult it is part of her genetics to pull her pack together, shoulder the burden of their survival, because that would be following in her father’s paw-steps. That would also be the adult thing for a wolf to accept. 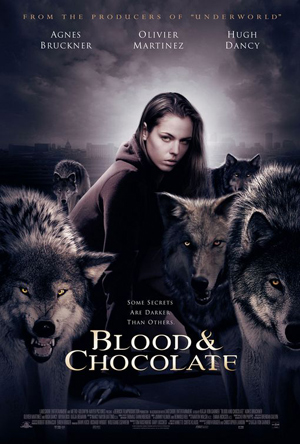 At the same time, Klause gives us a girl with whom young readers can identify. Vivian is experiencing the classic pangs of first love. There is both the standard agony and euphoria, but these sensations are exacerbated by Vivian’s cultural confusion.

Have a talk with him about what? she wondered. What had she done wrong? Why did Mr.s Teague not want a mate for her son?

Vivian is, by our standards, animalistic in her wants. A werewolf main character allows Klause to write a sexual teenage girl, powerful in her choices, in a way that a human main character would have been frowned upon my most critics.

He looked sleek and suntanned. Vivian wanted to bite the buttons off of his shirt.

Vivian is also fighting with her mother in exactly the way most teenage girls do.

Vivian bristled. “You can’t tell me who to date.”
Esmé put her hands on her hips. “‘Don’t date is you can’t mate.’ the saying does.” Human and wolf-kind were biologically incapable of breeding.
“I’m going to a concert, not having his baby,” Vivian snapped. “And don’t tell me wolf-kind only start relationships when they want children. I know better.”
“You’ve got a smart mouth girl,” Esmé called as she walked off.
Now Vivian was sure she was going.

And yet that relationship is complex, later when her mother is crying over the photos and they go into the bar together, you see some of their mutual love. There is also a sense of Vivian being aware of her mother’s brittle fragility, and that some of Vivian’s dislike of her mother stems from a very wolfish hatred of percieved weakness.

She and Esmé exchanged knowing looks, their limps plump, curved, and smug.

Klause’s writing style is neat and her sentences short. Not so skillfully fragmentary as Tarr, but punchy and sparse. She breaks out into occasional moments of lyricality but mostly she keeps it tight. Partly this is her writing style, but I think, also a way of showing the wolf mentality in prose. Direct, confrontational, sharp.

He nodded, unable to talk. His world had changed. Now shadows would always take on threatening shapes. What had she done? Oh, poor, poor boy. She was indeed a monster. She had made him unsafe forever.

Klause has only a few books out, and though I tried most of her other stuff, none of them drew me in like Blood and Chocolate. There are those who love The Silver Kiss, which is her vampires meets Tuck Everlasting approach.

If you enjoyed this month’s pick and what you like is Vivian’s strength and confidence, I would suggest you try Tamora Pierce’s Protector of the Small series (YA fantasy, knight in training), or her Beka Cooper series (YA fantasy noir, police investigation), or her Trickster series (older YA fantasy, politics, espionage, rebellion).

{What is Gail’s Book Group reading for next month? Clockwork Heart by Dru Pagliassotti}

The Secret Victorian Language of Flowers

“Rejoice when a little girl shows a fondness for reading, and by all means encourage it. Keep her well supplied with good and entertaining books, and you will have little trouble with her.”

Book News:
In Between dreams and reality Melliane says of E&E,

“The world is as always very interesting and it was nice to find this idea of ​​steampunk mixed with creatures of all kinds.”

“The day was Sunday, the date February 16th 1874; the time . . . about eleven A.M., when the Painter, enjoying his seventh day holiday after his own fashion, went strolling about the rocks. The others waited lunch for him, and had eventually sat down without him, when two of the sailors arrived with a message from him: ‘I have found the entrance to a tomb. Please send sandwiches.’”

~ Amelia B. Edwards in A Thousand Miles Up the Nile