So, Gentle Reader, please give a polite gloves clapping welcome to the brilliant …

About you Author Dru Pagliassotti!

Tea or coffee and how do you take it?
Just between you and me, I go both ways … and I prefer them medium-bodied and naked.

Describe your personal style for author appearances.
I usually show up in a parachute skirt and corset or a frock coat and cravat — my choice of gender display rather depends on my mood that morning. Have I mentioned that Madame Lefoux is one of my favorite characters in The Parasol Protectorate series?

If I were to observe the writer beast in its native environment, what surprising thing might I see? What does the environment look like?
I’m a bit of a mad social scientist who keeps using herself as an experiment — a few years ago I experimented with writing standing up, my laptop sitting on an old-fashioned iron crank-up bistro table next to a whiteboard ringed with Edison filament bulbs. Writing on my feet works out well for a few hours, at least, and if Lewis Carroll did it, how can it be wrong?

If you drive, what do you drive?
I drive a 2001 Toyota Tacoma pickup — like me, it’s sturdy, has a few dents and rattles, isn’t very expensive, and will stay on the road until it falls apart.

No deviating: vanilla or chocolate ice cream on a plain or a sugar cone? (Gail will use this to determine your level of sanity.)
A scoop or two of rich, creamy French vanilla ice cream cupped lovingly by a crisp, old-fashioned sugar cone, of course! (Did I pass?)
Gail’s verdict: deviant with a flair for the unusual, but otherwise sane.

What’s most likely to make you laugh?
Concocting maniacal plans for world domination with my colleagues over drinks. If we were in charge ….!

Since writers inevitably end up in the bar, what’s your poison?
Most days I prefer a crisp and dry prosecco to match Cristof’s personality, but when I need to get away from it all, I choose a gin and tonic as bitter and exacting as Alister. 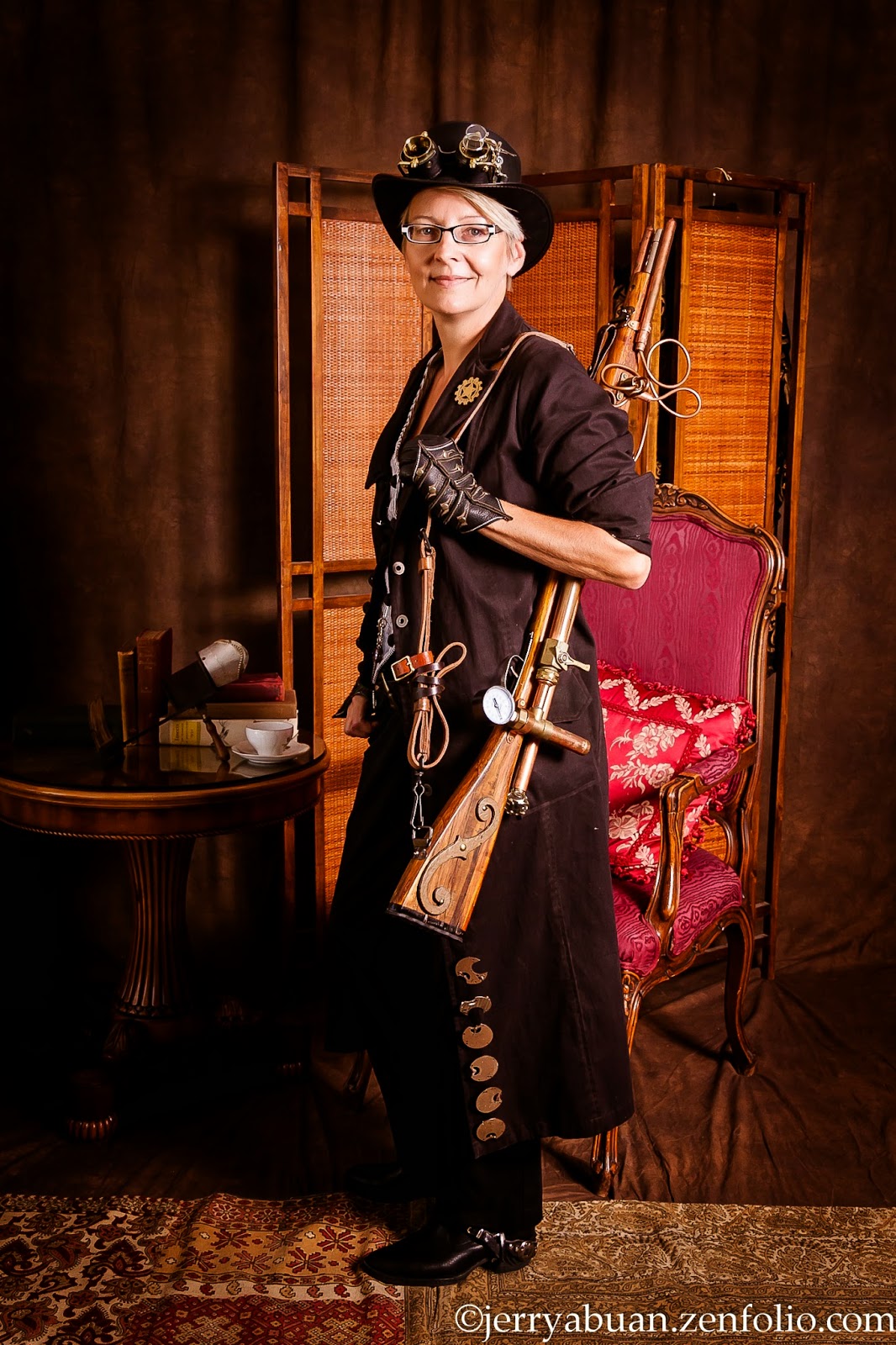 Dru aspires to achieving a mindset of Zen-like calm and loving compassion for all creatures, which would be a lot easier if she didn’t like alcohol, meat, martial arts, and playing sneaky characters in tabletop RPGs so much, or if she simply liked other people a whole lot more.

About your book! Clockwork Secrets

What should readers eat while consuming your novel?
For Clockwork Secrets: Heavy Fire, I recommend spicy Indian cuisine, since spicy food is Taya’s favorite and Heavy Fire finally takes her to Cabiel. If you have Cristof’s delicate stomach, I’m afraid you’ll just have to pick around the edges of the plate.

What form does evil take within its pages?
No monsters or mad scientists here — the villains of the Clockwork Heart trilogy are just a bunch of selfish bastards.

Which one of your characters would you most want to kiss and why?
Kiss? My characters are my children! And writing while standing up is the only such eccentricity I share with Lewis Carroll….

What’s your favorite period in history and does it influence your world building?
While I was writing the Clockwork Heart trilogy, I was inspired by the Industrial Revolution — that chaotic period in which tradition clashed with progress and people had to struggle to figure out where they stood in the world. Ondinium is a socially conservative, hierarchical society being threatened by the technological progress of other countries. Actually, in some ways Ondinium is like the United States today, a world power that’s slowly losing its influence and is trying to figure out how to adapt to changing circumstances.

Which one of your characters would you most like to slap and why?
You must think me such a terrible parent! Still I’d have to vote for slapping Cristof, because he’s the most like me — he needs to stop feeling out of place and worrying about everything and simply enjoy life for a change.

Without spoilers, what’s the funnest (or funniest) part of the book?
I love the Horatio Hornblower and Aubrey-Maturin novels, so the best part about writing Clockwork Secrets: Heavy Fire was finally getting to write a tall ship novel myself — even though my ships fly in the air instead of sail over the water.

If your story smelled of something, what would that be?
Heavy Fire carries the unmistakable scent of gunpowder and engine oil. 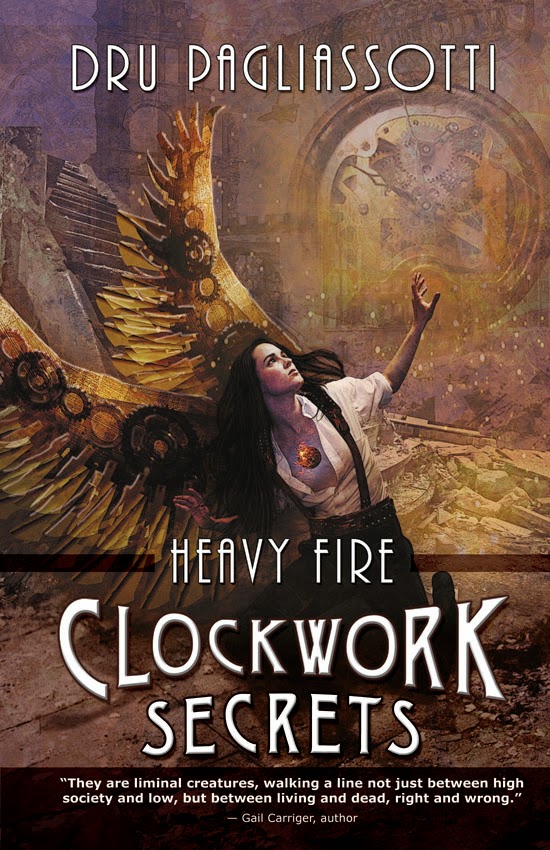 Framed for regicide and trapped on a ship crippled by enemy fire, Taya and Ondinium’s diplomatic contingent seem helpless to prevent the well-engineered war their enemies have put into motion. While Alzanan and Demican armies march across Ondinium’s borders, Taya and her husband fight airborne battles from the tropical islands of the Cabisi Thassalocracy to the war-ravaged mountains of Alzana. When Taya falls into her enemy’s hands, will anybody save Ondinium from the devastating weapon about to be plunged into its mechanically ticking heart?

Your Writerly Tinctures . . .
The Best Apps for Any Kind of Writing

“A witty foray into the more humorous side of steampunk, this novel features vampires, werewolves, air ships, impeccable fashion sense, and lots of tea drinking.”