What Does A Copy Edit Pass Looks Like? Gail Carriger’s Internal Dialogue (Important for Writers)

Copy edits (AKA CE) always seem to take longer than I think they should.

The following occurred, gentle reader while working on Prudence but many of my CEs are like this.

So I decided, yesterday afternoon to keep track, for a few hours, of why that might be the case. This isn’t an exact record of every fix I made during that time, but more a glimpse into what my brain looks like as it contemplates the greater sins that distract me more than they should. 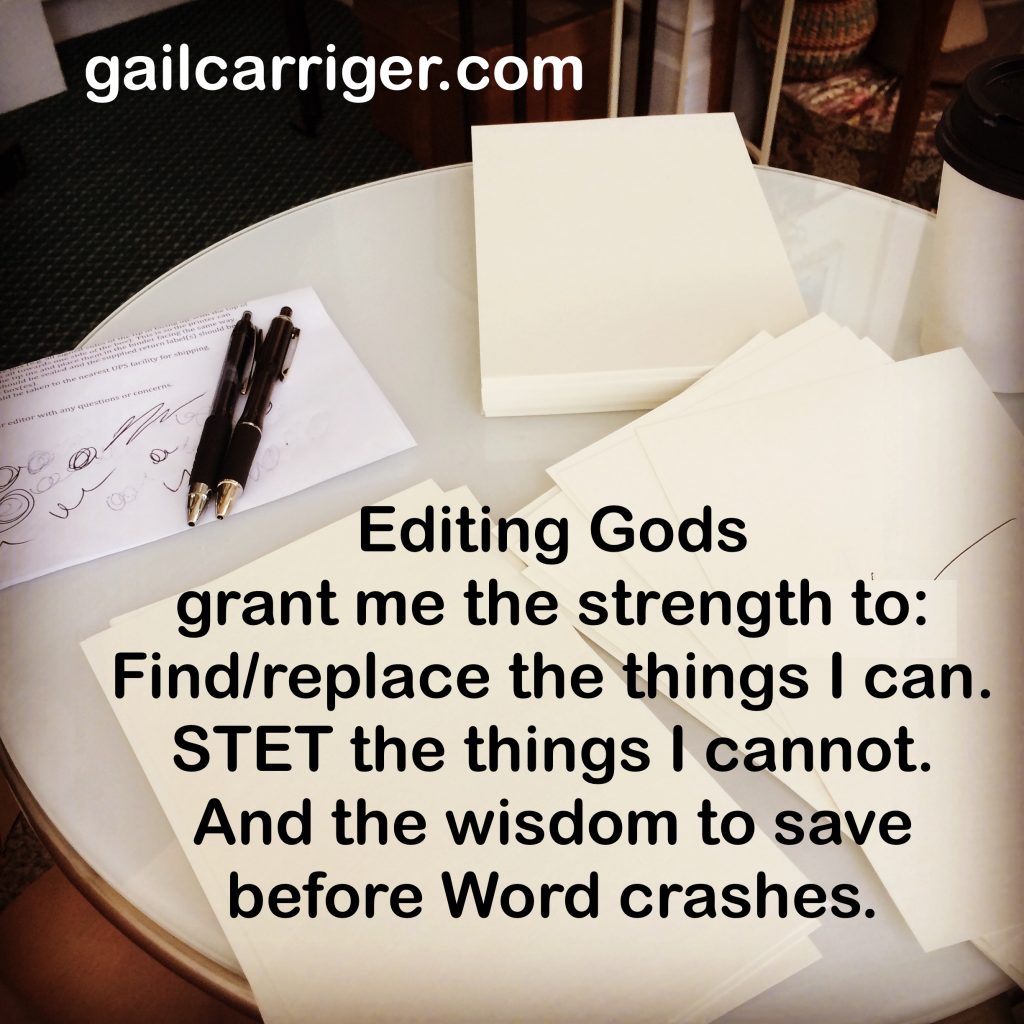 So on a purely emotional level the following is what copy edits look like each day, every day, over and over again. So if I’m not online all that much right now, it’s because I am constantly going through cycles of…

Which explains why I’m so exhausted each night.

So how’s your day looking?

“Any description I give will in the end not do it or the author’s writing the justice it deserves. I just cannot say enough about this book. Gail’s writing is so masterful especially given the time period she uses for the characters.”