Yesterday, Gentle Reader, was utterly consumed with a Reddit AMA, book tour itinerary madness, and Prudence proofs. But I did get some great news…

And now here are 4 fun bits and 1 serious craft question from yesterday’s AMA:

1. Which superpower would you choose?
Gills. Always and forever. I want to swim underwater without having to come up for air. I’m a simple girl.

2. Favorite sport?
To play? Water polo. I was on the swim team for years, I’m a vicious little fish. To watch? American football. I can’t help it, it’s like Roman War tactics on the field. When I lived in the UK, I’ve was seen to watch the occasional bit of rugby. I am ashamed.

3. If you could would you let Lord Akeldama dress you?
Yesssss, but… only the once.

“Nevertheless we favor every effort to stop the extravagant use of dry goods and millinery.”
“As it is, many of our young men are padded to a superlative degree, and
have corns and bunions on every separate toe from wearing shoes too tight.”
~ Around the Tea Table by T. De Witt Talmage (1875)

4. Do any teas remind you of certain characters?

Well I always think of Alexia with Assam. And I imagine Sophronia is kind of a Lady Grey type. Rue has a rather epic encounter with chai in the first Custard Protocol book, she likes it but her preference is probably for something even more daring… and alcoholic.

5. When you put in Easter eggs or foreshadowing, do you write them in on first draft, or does it come later?

Some of them come out in rough draft, although I write them not really knowing why. Some of them come in rewrites as intentional foreshadows for the end of the book or series. I recently just did my 6th draft of the final Finishing School book and only then realized why one character, from book 2, had behaved in a specific way! Often it’s like that, the characters surprise me.

Occasionally, I will drop in a thread knowing I might need it, usually I have it planned, sometimes I go overboard and drop in too many (that happened with Changeless and is one of the reasons Biffy never got his HEA). As for other Easter eggs, or cookies, I call this “rewarding the careful reader.” I’ll drop in a side character or a call back pretty often in one book referencing an earlier appearance ~ these days it could be from one series to another. Usually it’s not super relevant to the plot of that particular book, just for fun if you’re a devoted fan of the world, and kind of gives a nudge nudge wink wink moment to the careful reader. But if you aren’t a big fan, I don’t want you to feel like you are missing something. It helps that I write comedy. So what in one book can simply be a character for amusement, in a later book can have unexpected significance in retrospect. It makes me seem very clever when really, initially, I was just after the laugh. As a writer, it only really works with side characters who have little screen time and fewer tapestry threads to mess with. Does that make sense?

As for the world call backs, I’m a rereader, myself so I write with the intent that after each new book comes out, if you go back and read any of the previous ones, new things about the world are revealed in light of the latest revelations.

All of this has had some fun results where some of my readers are taking bets on which Finishing School character is (blood) related to which Parasol Protectorate character. Because they know I couldn’t resist such a temptation. They are currently employed trying to figure out ages and such to make certain the timing works. I just sit back and smile evilly. 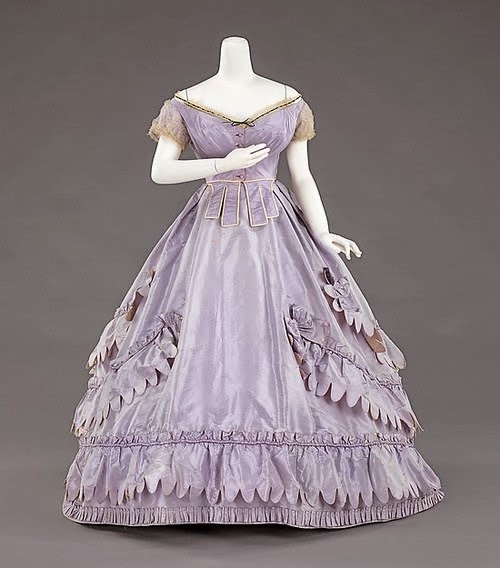 Your Tisane of Smart . . .
On Morning Calls and Hosting Dinner Parties, Balls and Routs in the Late Regency

Your Writerly Tinctures . . .
Why and How to Outline (given some of the Reddit discussion yesterday) 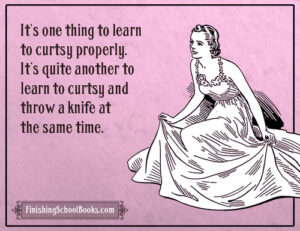 “Moira Quick returns as the narrator for this quirky series, and she is delightful. She has an adorable way of modulating the volume of her voice to fit the sneakiness of a scene. Also, she delivers the most satiric sentences with an innocence worthy of an award. She capitalizes on the spirit of the novel to create a performance that breathes even more life into Ms. Carriger’s eclectic world.
As always, Ms. Carriger’s balance between satire and earnestness is laugh-out-loud funny.”

“She looked away. Her attitude seemed to suggest that she had finished with him, and would be obliged if somebody would come and sweep him up.”