Today, Gentle Reader, I am branching out of my comfort zone and have invited a real live Mystery Author over for a spot of virtual tea-time conversation. I thought maybe you’d like something different from my normal run of steampunk piffle. That said there is FOOD involved, so this isn’t too far outside my comfort zone. 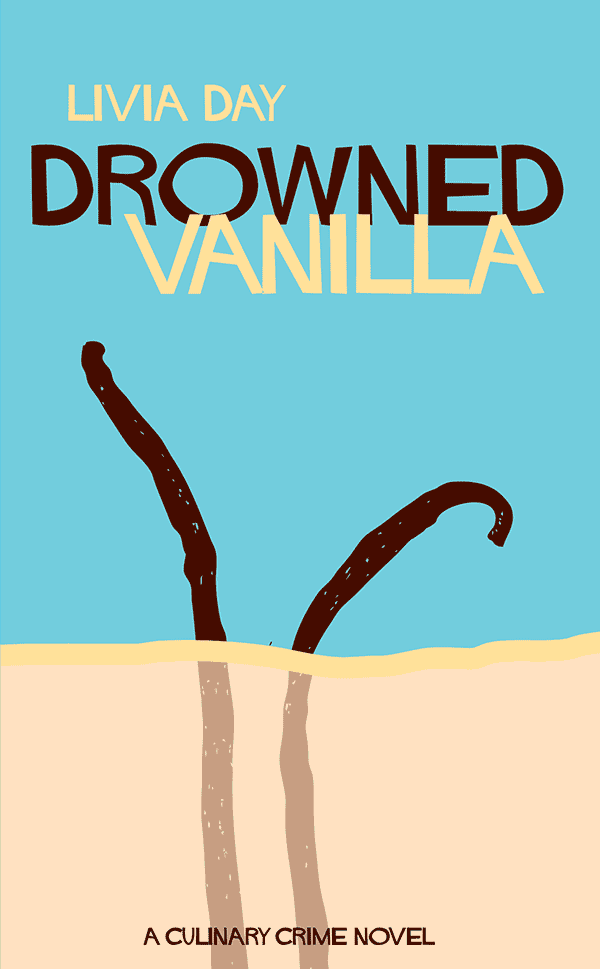 Tea first thing in the morning, made for me by my partner, hot and strong and plenty of milk – what the Brits call builder’s tea! Throughout the day, tea and coffee if needed, but usually socially. I’ll so rarely think to make a cup for myself if I’m busy. I like the ritual of drinking a latté in a glass in public but I’ll usually order a cappuccino because sometimes I just NEED that little hit of chocolate from the top.

Since having my second child and learning to wear jeans, both of which happened in my early 30’s, my personal style for going out in public can be summed up as ‘is this top clean?’ I tend to go a bit dressier when Being an Author in Public but whereas that used to mean a lot of velvet, these days it’s a slightly fancier top than usual, and a pretty necklace and/or bracelet. I’ve actually been trying to collect some “Livia Day” jewellery to distinguish myself (at least in my own head) from being “Tansy Rayner Roberts” now there are two author identities in my head, but it hasn’t entirely come together yet. I also have a growing collection of formal frocks for awards ceremonies, because having to go to multiple awards ceremonies a year is one of those bizarre author things I never thought would happen. For Worldcon this year I bought a space-themed handbag. Livia doesn’t have a murder-themed handbag yet. Where can you even get murder-themed handbags?

This week you’d see me writing one-handed with a wilted five year old attached to my lap. Ah, parenthood. My environment generally looks like a bomb has hit it – a bomb of children’s drawings and glitter and craft supplies and leftover toast. I write at the far end of a long dining table which is also our kitchen table, or at my laptop in a comfy green armchair, and frankly you’re probably surprised that I don’t have RSI by now.

I do pilates to keep it at bay.

I do drive, though that is also a ‘didn’t happen until my 30’s’ thing that I finally achieved in the same year I acquired my second daughter and my jeans-wearing skills. I drive a white Magna family car because I am literally a soccer mum. It is shortly to acquire a bike rack.

Hahaha this is bizarrely relevant to my new book Drowned Vanilla, because the main character Tabitha runs a café and makes her own ice cream and keeps demanding to know people’s favourite ice cream flavor and being disappointed when it’s vanilla – she thinks it’s boring!

I don’t mind vanilla but I wouldn’t choose it for a cone – I’d definitely pick chocolate (though honestly it would be pineapple, liquorice, coffee or rum and raisin unless I was desperately in the mood for chocolate). Not a plain cone – is a sugar cone what we Australians call a waffle cone? Where it’s a very thin crispy waffle turned into a hard cone? I would have one of those.

Here in Australia we take our icecream seriously and no one ever has to choose between just two flavours. Unless you’re making affogato, in which case it’s vanilla all the way.

Banter. I love witty dialogue, particularly when I know the characters involved. Also, snark. Anything except physical comedy or humiliation/embarrassment.

Dry white wine, draught cider, and pretty cocktails that are super sweet.  I used to be a hardened Classics student who could down two bottles of champagne and still be on my feet, but my lifestyle of more recent years means I can barely hold one drink and thus the thing I’m mostly likely to order in the bar with other writers is a lemon lime and bitters, which is non-alcoholic. I am a little worried this might just be an Aussie thing, though, because I tried it in London and got a ‘I’m sorry lemon what now?’ and then I sighed and said lemonade please, and they brought me one with all the calories removed. That was a very demoralizing experience.

Livia Day is a stylish, murder-obsessed fashionista who lives inside the head of someone else entirely. Tansy Rayner Roberts is a mother, a blogger, a podcaster, a Hugo-award winning critic and a feminist. Together they WRITE CRIME. And sometimes they invent ice cream recipes. Livia is the author of the Café La Femme series of cozy mystery novels, including A Trifle Dead and new release Drowned Vanilla. Warning: reading these books will make you crave dessert.

Affogato, which is the beautiful thing that happens when you pour a shot of good espresso over a scoop of good vanilla icecream. Readers may also wish to stock up on custard, their favourite icecream, their favourite coffee, something butterscotch flavoured, and the makings for a fabulous pancake breakfast. I’d apologise, but I’m not sorry at all about this. It’s better than the first book in the series, at least, which will force you to make your own trifle from scratch.

Tabitha is constantly caught between wanting to kiss Bishop, her tall dark and handsome policeman she’s been crushing on forever, and Stewart, the slightly grungey best friend type who writes romance novels and has an adorable Scottish accent. Personally I would ditch them both to snog Tabitha’s friend Xanthippe, who is basically a 21st century Mrs Emma Peel. I am declaring it canon that she is better at kissing than either of the blokes.

Ancient Rome is my favourite and my best! I have a PhD in Classics and spent years researching and writing about the public image of imperial Roman women. It is hugely influential on most of my writing, though more of the fantasy and science fiction work than my crime writing. For this book, the 1940’s detective fiction/film noir period is quite influential,  with particular reference to The Lady in the Lake by Raymond Chandler, and the film made in 1947 featuring Robert Mongomery. Tabitha and Xanthippe are both style-influenced by various decades of the 20th century, especially the 1960’s but with some definite 30’s, 40’s and 50’s action sneaking in. Sometimes they like to pretend they are actually in a screwball comedy featuring Diana Rigg and Audrey Hepburn.

Oh that’s a hard one! Tabitha definitely has her slapworthy moments, especially when she’s sabotaging her own romantic relationships, which happens far too often. There’s actually several characters in this book that I want to slap by the end, but it’s mostly too spoilery to say why! There’s a strong thread of people manipulating other people in the story, though, which gets my blood boiling.

There is a sequence in which the characters are taking part in a kind of flashmob film noir project in a small town, which means crowds of people in 1940’s costume improvising really terrible clichés from detective movies and filming each other on their smartphones. It’s the sort of bizarre thing that tends to happen to Tabitha and her friends, and it was so much fun to write – especially a scene in which Tabitha and Stewart are in an alleyway trying to outdo each other with quotes from The Maltese Falcon, The Big Sleep and other classic movies.

VANILLA, oh that’s such an easy one it’s not even funny. Though of course it would be affogato again – the scent of freshly brewed coffee and vanilla icecream.

It’s the beginning of a hot, hot summer in Hobart. Tabitha Darling is in love with the wrong man, and determined to perfect the art of ice cream. Playing amateur detective again is definitely not on the cards—not even when her friends try to lure her into an arty film noir project in the historical town of Flynn.

But when a young woman goes missing from a house full of live webcams, and is found drowned in the lake outside Flynn, Tabitha is dragged into the whole mess— film crew, murder victim, love life and all.

There were two girls using the internet pseudonym French Vanilla, and only one is dead. So where is the other one? Why is everyone suddenly behaving like they’re in a (quite specific) Raymond Chandler novel? And how the hell did the best kiss of Tabitha’s life end up on YouTube?
Even ice cream isn’t going to get them out of this one.
Reviews of Drowned Vanilla

“A delicious, frothy confection, full of vintage frocks, murder, heart, and fun. Tabitha Day is my favorite mystery heroine in years…and she is anything but vanilla!” – Stephanie Burgis

A Standing Desk That Folds Up, So You Can Take It Anywhere And Even Outside

PROJECT ROUND UP
Prudence ~ Custard Protocol Book the First:

Release date November 2015. Not yet available for pre-order. Edits stage.

Book News:
I am, Indeed says of E&E, “Gail Garriger manages to create a cute and whimsical story that is laden with wordplay and outrageous adventures, JUST for the fun of it.”

Quote of the Day:
“Bicky rocked, like a jelly in a high wind.”
~ P.G. Wodehouse