While I did spend a great deal of time coping with the already discussed, and eventually never to have to think about again, B&N signing fiasco. I did manage to have some fun on my Waistcoats & Weaponry tour. 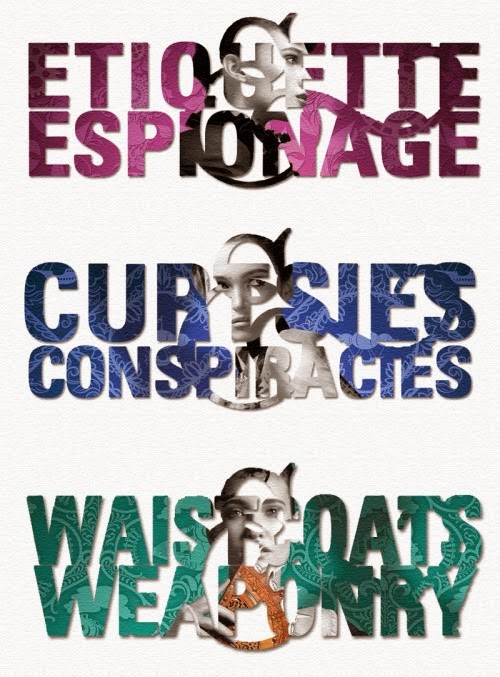 I actually was flying most of that Tuesday launch day so I didn’t even know anything had gone wrong until I landed in Washington DC. That evening my traveling companion (Vanessa A. of Whiskey Tango Fashion) and I met up with the most marvelous Mur for a nice long gossip. Too many beverages later (bought for us by mysterious admirers) may have resulted in some rather witty drunken texting. Well, we are still authors, our wit is mostly written and rarely spoken. 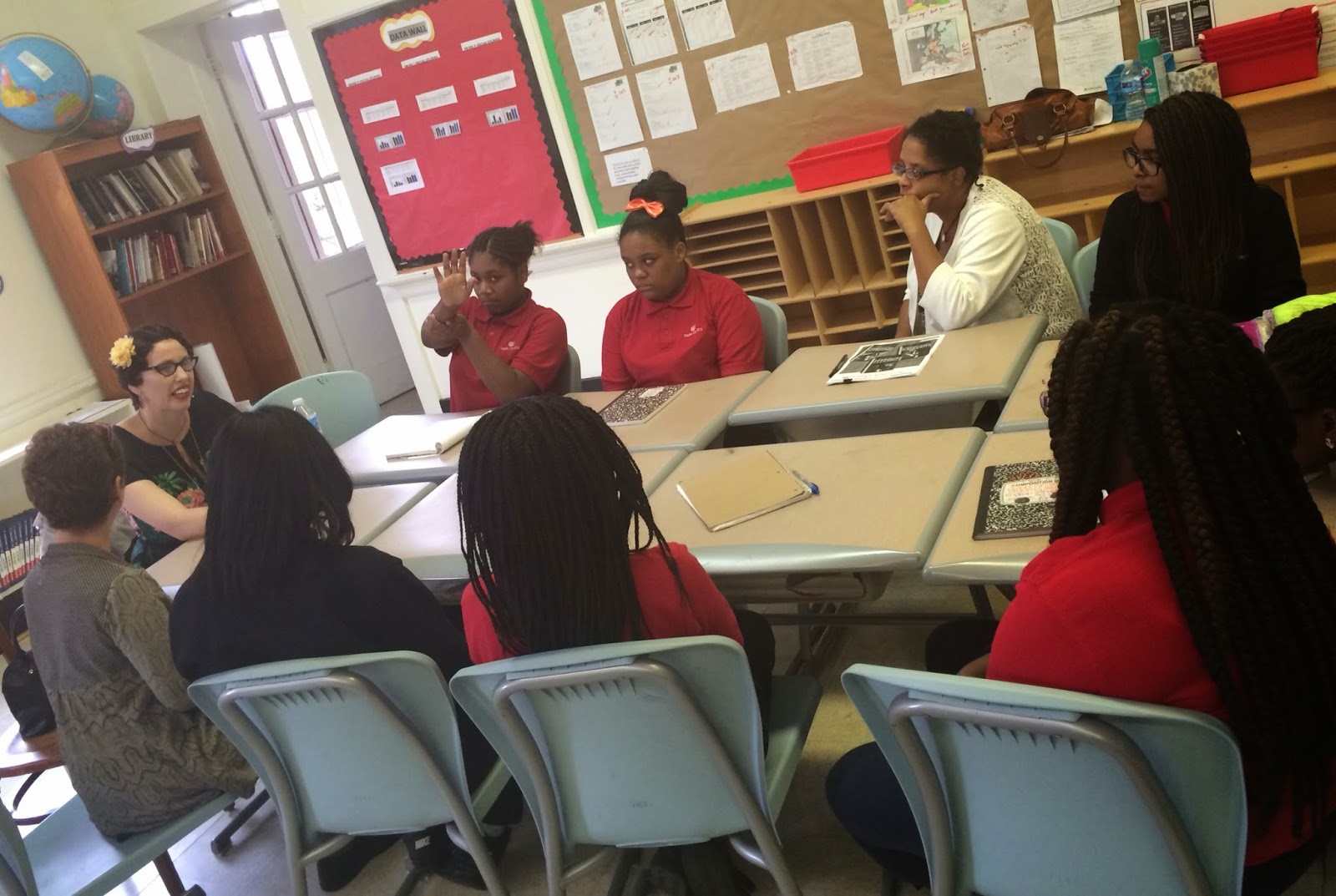 The next day I had a school visit, a lot of very thoughtful questions were asked and I found myself having to talk about the writing life differently than I ever had before. I found it most educational, who knows how they felt. 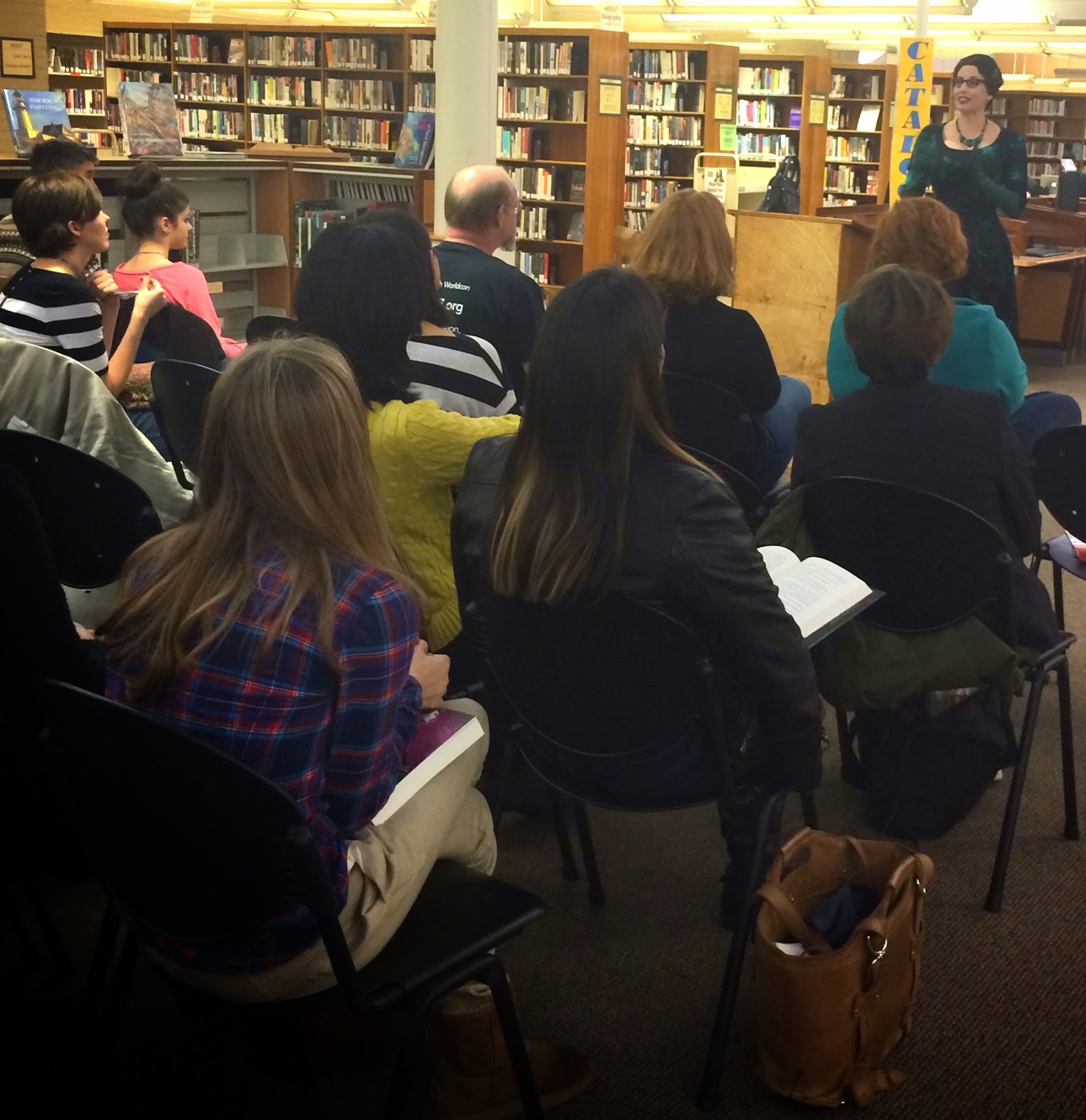 Then it was back to the hotel to change into my favorite dress, for that evening was my official launch at a local library. It was a fun gathering, including being pounced upon by creatures from my past life (in this case, undergraduate malcontents) which turned out to be only the beginning. (Apparently, many of my friends from college have ended up in the DC and Boston areas.)

We managed to get into bed early that night, thank goodness, because the next day World Fantasy began in earnest. The World Fantasy Convention may, actually, be one of my most favorite conventions because so many of my friends and contacts throughout the publishing industry attend.

World Fantasy is fun. It’s mostly socialization: some pleasure and some business. Lots lunch and dinner meetings ~ as you do ~ combined with much hanging out with fellow authors and illustrators, swapping stories, getting advice, and poaching contacts. I’m hoping to go again next year to Saratoga Springs.

I had a really fun panel on Friday and joined the mass autographing session later thatnight, as usual a cheerful chaos. When not socializing with other authors, meeting with important industry types, or liaising with readers, I was either hung over or tracking the Missing 500. (The hung over aspect might account for the missing other, although I doubt it.) There were other launch kerfuffles as well. It’s all a bit of a haze.

Of course there was also a great deal of no good gotten up to. I shall pursue the use of passive voice in this matter to avoid incriminating myself and others. (Passive Voice = a writers way to Take the 5th.) Although Myke Cole did take this fantastic picture of Peter V. Brett in Vanessa’s outrageous hat.

Authors up to no good = hats… Of course. Later that night I might have had a tiny bit of a break down brought to you by Barnes & Noble, Amazon, vodka, and possibly Peat in that hat. Actually Peter V. Brett and Wesley Chu where white knight champions coming to my rescue. It was they who concocted the bookplate scheme, so you have them to thank for both the solution and my peace of mind throughout the rest of the tour. Want to thank them? Try a book. Here’s Peter’s first, The Warded Man, and here’s one of Wes’s firsts, The Lives of Tao.

The last day of World Fantasy, while everyone else gussied up for the awards banquet, I hustled off to the International Spy Museum. Where octopuses are deadly weapons… 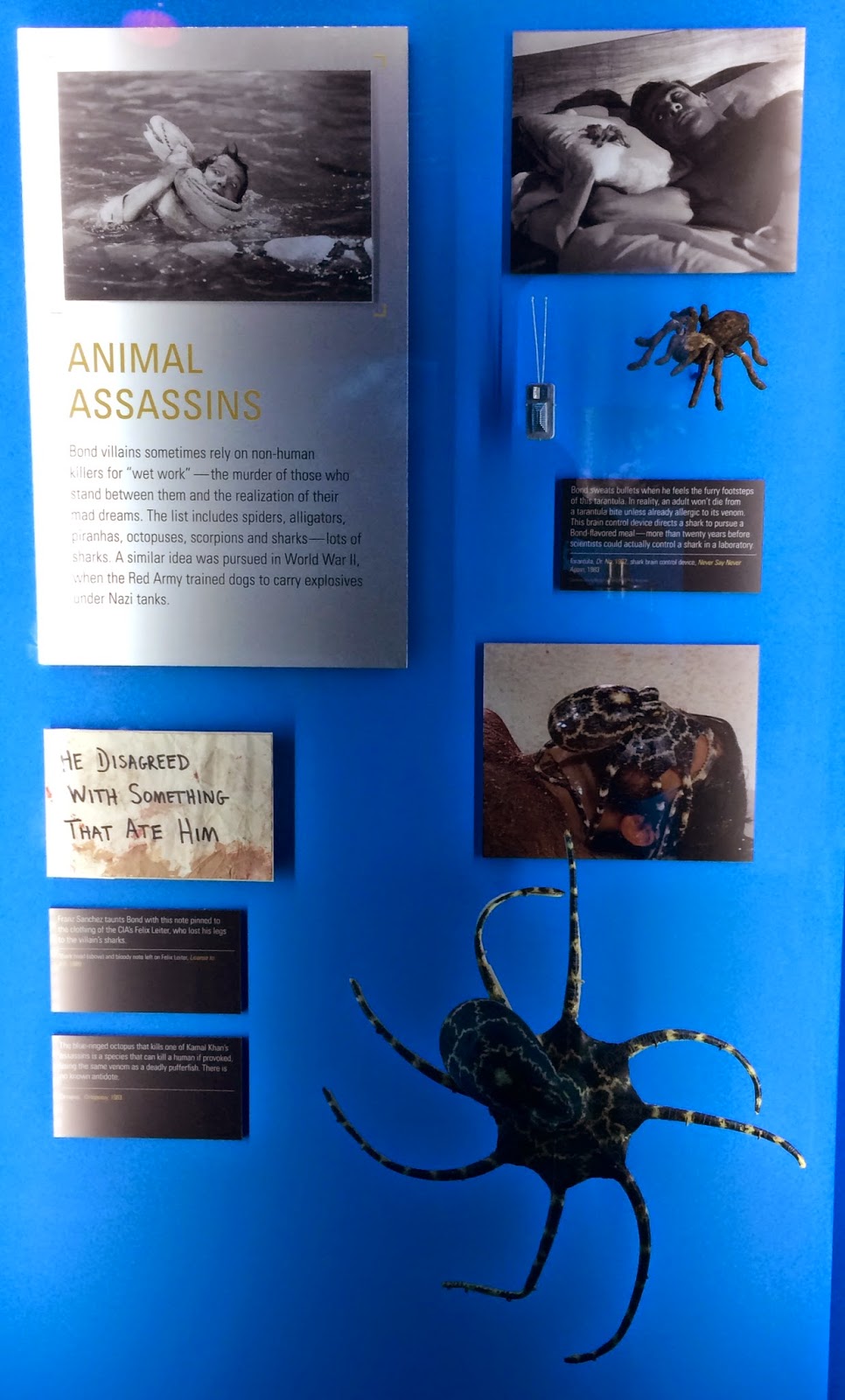 A lovely crowd turned up to ask tons of questions and watch me waffle about.

You don’t have to take my word for it, Julia (@mizzelle) does a write up of my spy museum event on her blog.

Afterwards, I got to meet my adorable new editor. I am beginning to suspect I have a talent for picking the most fashionable editors in New York. Or is it they who pick me? 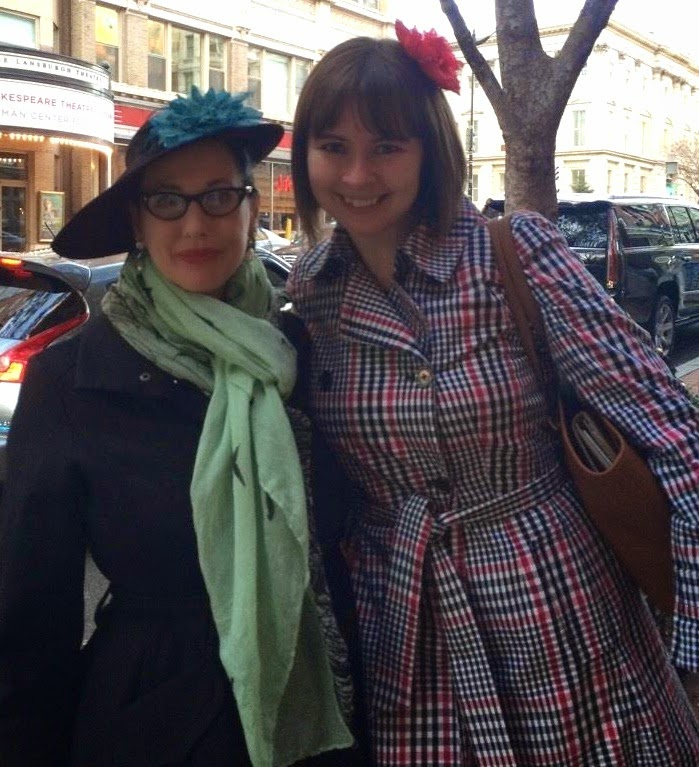 Then I packed the lovely Vanessa on her way homeward and sallied forth alone on to Boston. Didn’t stay alone long, however, as two of my besties from college descended upon me and my decidedly dorm-like hotel room (most apropos) and we spent a good solid few hours getting caught up on the decade or so since we spent any real time together. It was wonderful. 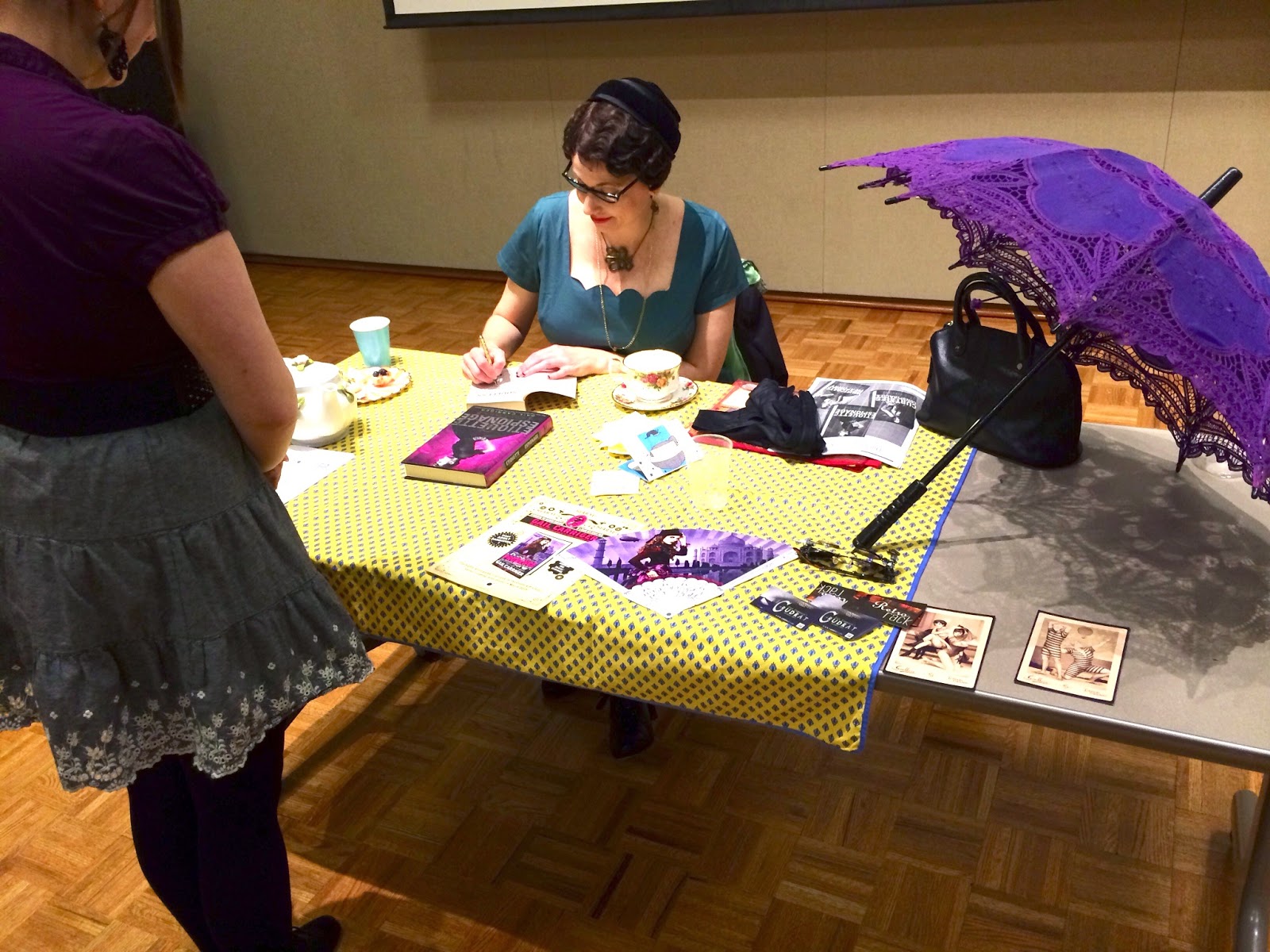 Then I had an interview, talk, tea, and signing at the local Brookline library. A fab crowd gathered including what was apparently the entire cast of the Parasol Protectorate (character doppelgangers in real life, is that even possible?), and more old friends from high school and college. 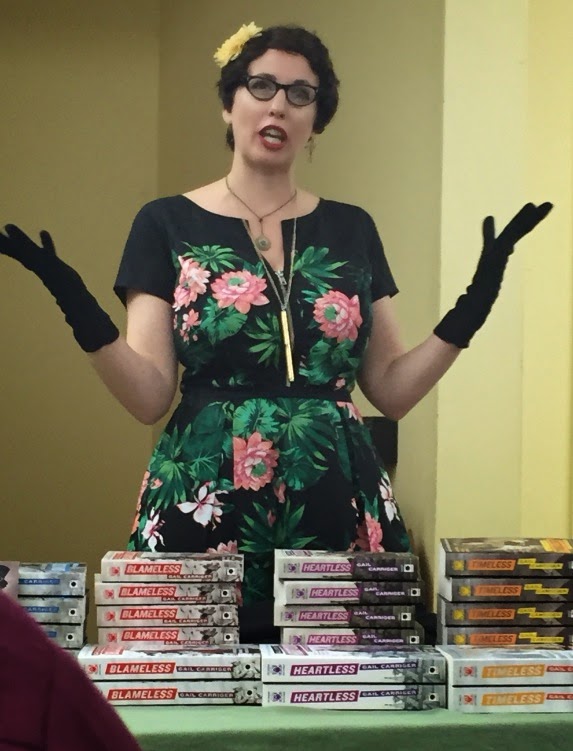 Next day I visited an all girls school where they served me lunch and tea (I know, right!) and that evening had an event at Pandemonium, a books and games store in Cambridge. We packed the upper part of the store with awesome peeps. After that I toodled off to an amazing bar where I had some of the best gnocchi of my life (and I’ve lived in Northern Italy) with yet more college friends. I tell you, go to school in Ohio and they all end up in Boston.

Next morning early it was off to Chicago where I was met with freezing weather, teens consuming deep dish pizza (a first… deep dish pizza, not teens, obviously) and a cake with my book on it (also a first), in a library. In my day there was no such thing as food in a library. 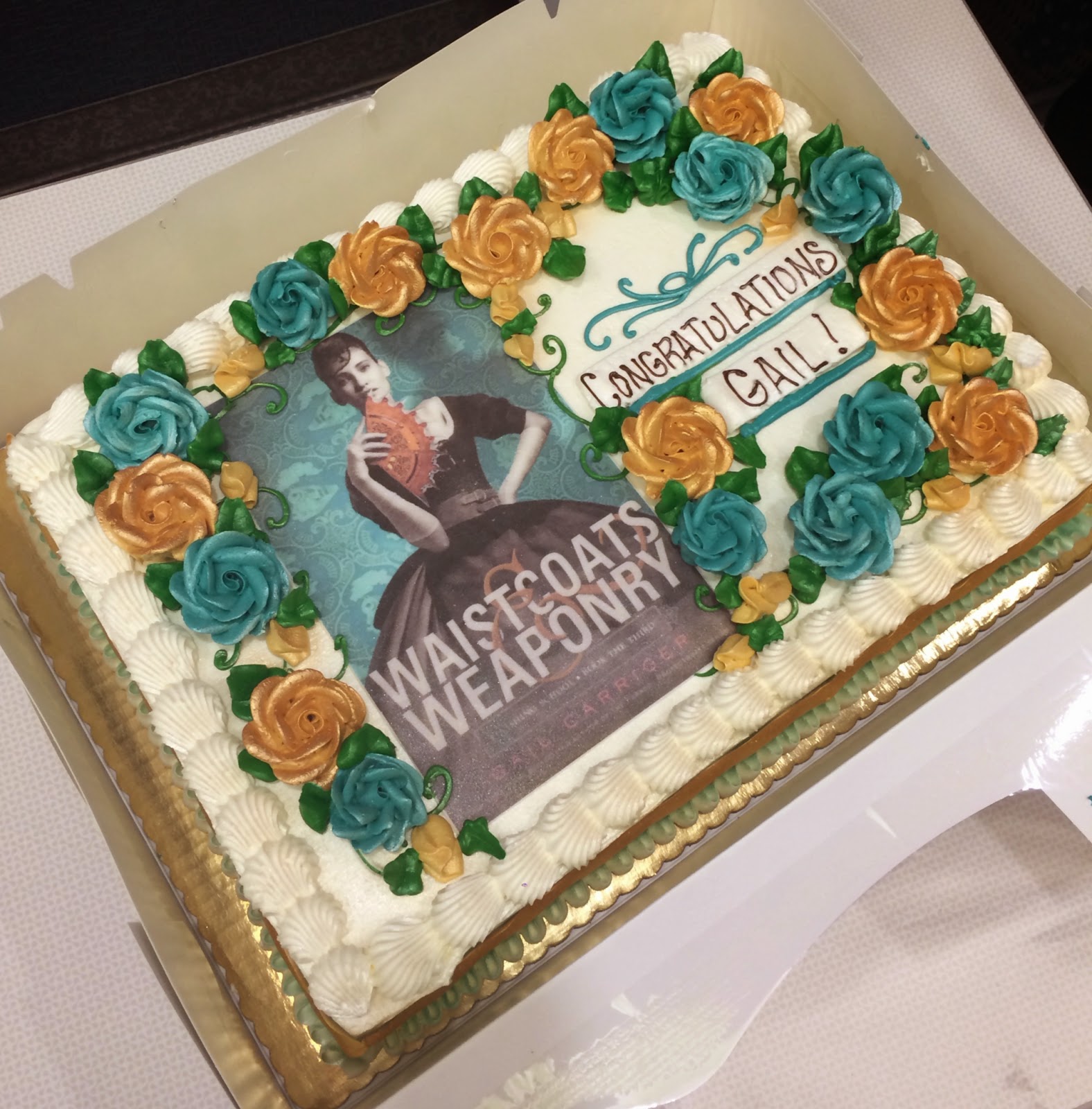 We ate the cake it with tea. And it was good.

Next morning I quested for a Belgium bakery in 28 degree cold (found it and consumed vast amounts of carbs, because, frankly, I don’t care); had an interview with boys who love manga and brought me macarons (nom to the nom); and did my final library event. Right around then I learned of the end to the Amazon Hachette kerfuffle. Thus I had good reason to celebrate when dining that night with the fantastically talented authors Wesley Chu, Scott Lynch, and Elizabeth Bear. We went to this killer restaurant (called Parachute) where they had a pork belly dish with little acidic cilantro tapioca pearls that nearly made me cry (described on the menu as: berkshire pork SECRETO, black kale, chewy sweet potatoes, nam phrik). It was soooo good. And a cocktail take on the Pisco Sour (already one of my favorites, described on the menu as: payet pisco quebranta, amontillado, apricot, lemon, egg white) that knocked my socks clean off (OK, it caused a run in my stocking but for me that’s sock-knocking stuff). We rounded out the evening quite late indeed, with me heading homewards and them heading to WindyCon. 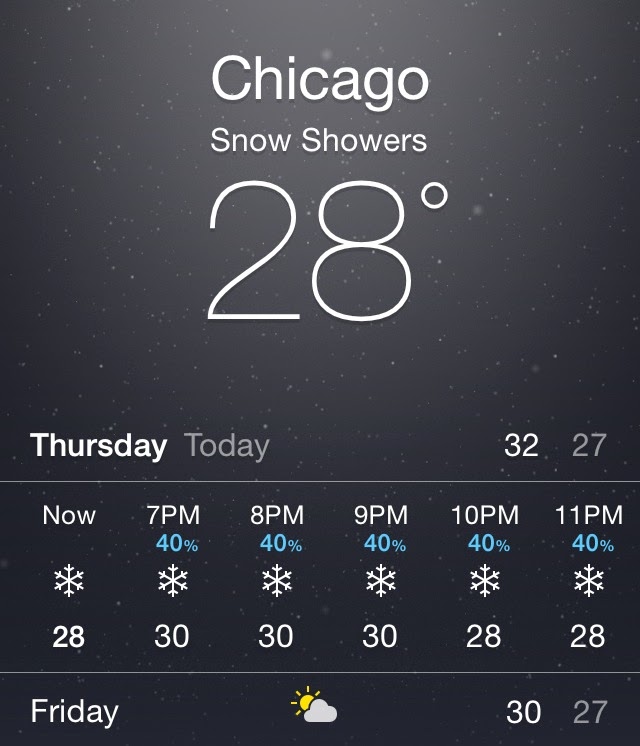 Then it was back to the airport with me, de-icing the plane caused a delay. I nearly missed my connector and ended up running through Salt Lake City airport. I always seem to be running through SLC. But I made it and home to the AB and a very pleased Lilliput who was actually pretty affectionate, there may even have been a audible purring. I must have been missed, my cat never purrs.

For those of you who did not catch me this tour I will be on the East Coast in Piscataway, NJ on May 15 ~ 17 next year for the Steampunk World’s Fair. As I said I’m also considering World Fantasy in Saratoga Springs, NY November 5-8, 2015, but I’ve not completely decided yet. That’s it, though, for the East Coast/Chicago in 2015 and likely 2016. It’s the way of things, I am afraid. It is usually several years between visits.

{What is Gail’s Book Group reading for December? Daughter of the Empire by Raymond E. Feist and Janny Wurts} 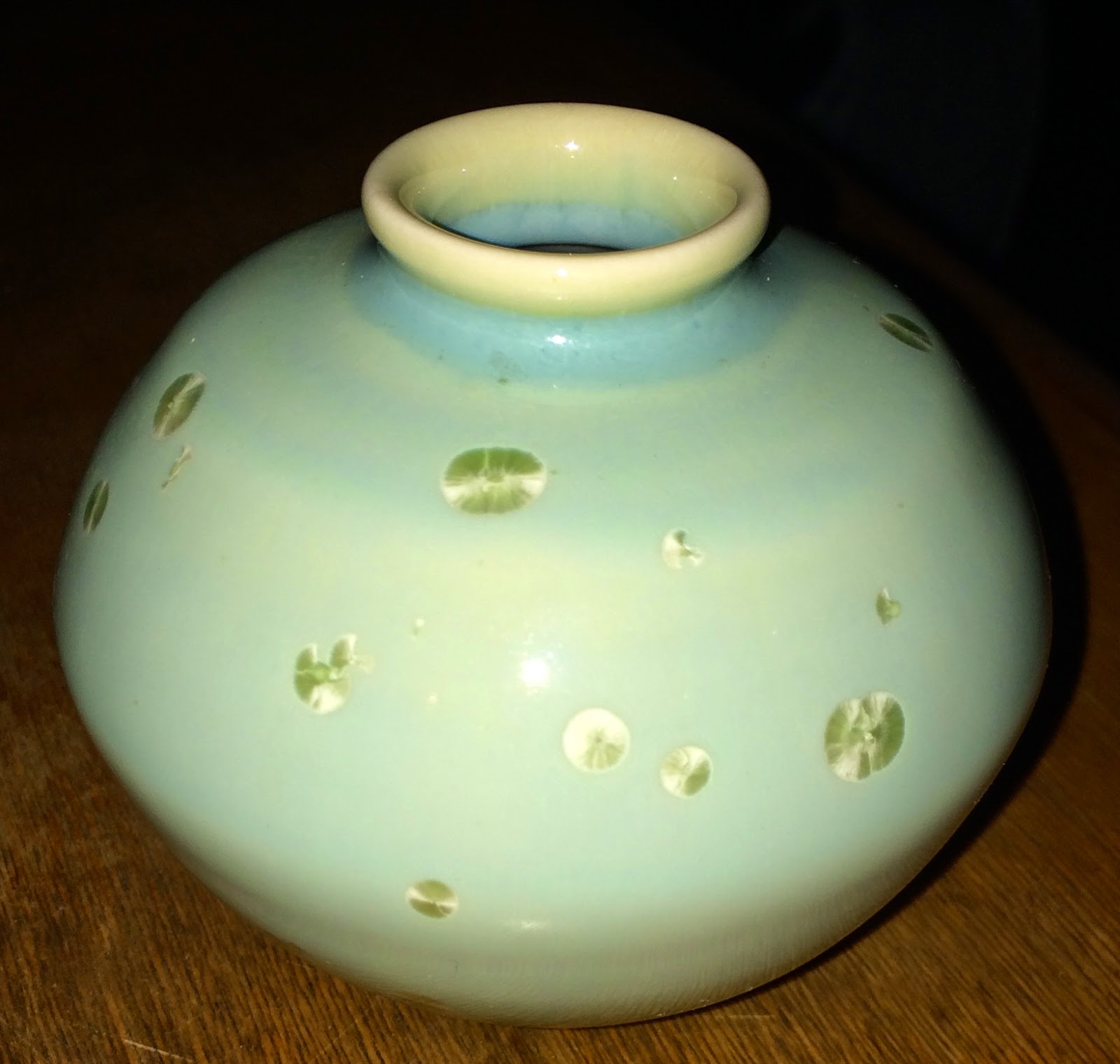 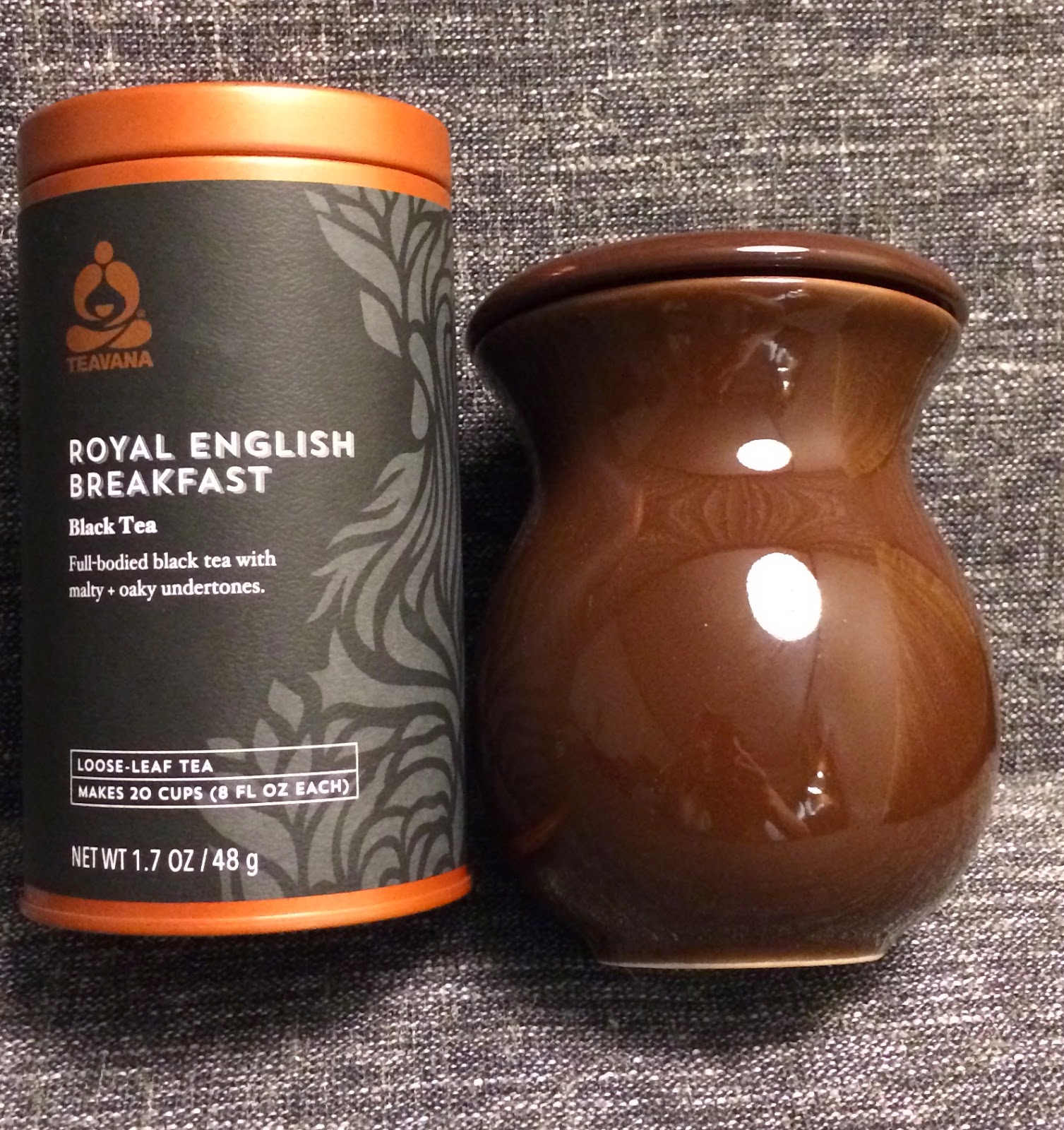 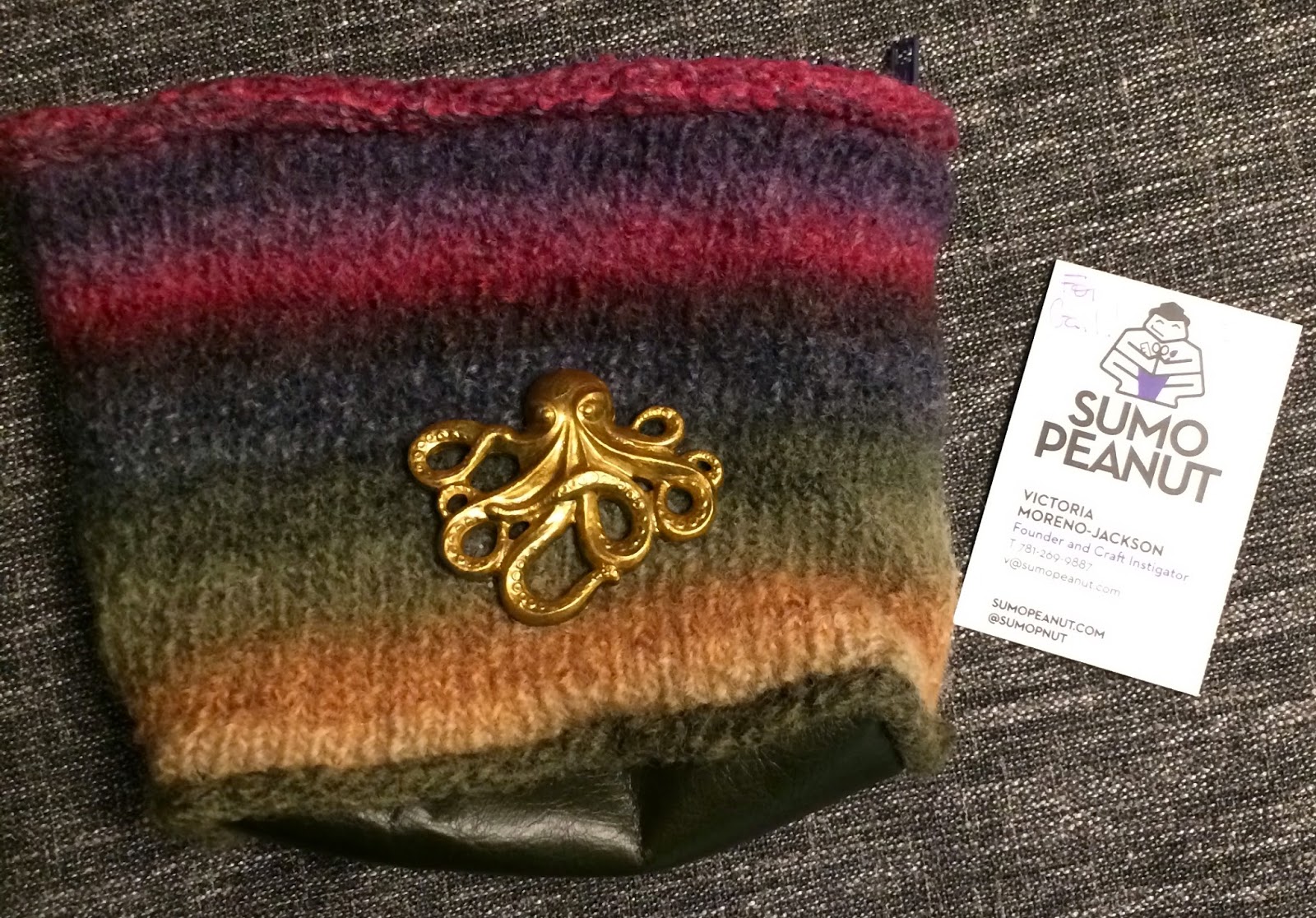 A sampling of the lovely things I was gifted with on tour, so sweet!

Your Tisane of Smart . . .
All about Barley Water on the Parasol Protectorate food blog.

“It requires some heroism to say you have not read such and such a book. Your friend gives you a stare which implies your literary inferiority.”

Book News:
BookNut 101 on 21st Century Once Upon a Times says,

“Waistcoats & Weaponry is the latest thrilling book in the Finishing School series and will have you wishing you could attend Mademoiselle Geraldine’s, too!”

“I told her, however, that she had an imbalance of the humors, gave her that green tonic, and told her that she needed to take a brisk walk daily until she perspired, to balance the phlegm, and to take up a hobby that required concentration, like reading or needlework, to balance the sanguinary humors.”