Ketchup ~ While I Was Drinking Prudence ARC

While I was away on tour several exciting things happened which you, Gentle Reader, may wish to know about.

1. Orbit sent out some ARCs for Prudence. I know it feels like I just got done with one new book baby, but there is another on the horizon. You see? It’s not too long a wait. I’m birthing a litter. Amazon officially notified peeps that it is available for pre-order. Rumor is that the audiobook will drop at the same time, no reader chosen as yet.

2. I received the prize part of Etiquette & Espionage wining a French award for best translated young adult novel. It’s a copy of the French book inside a beautiful handmade leather cover. 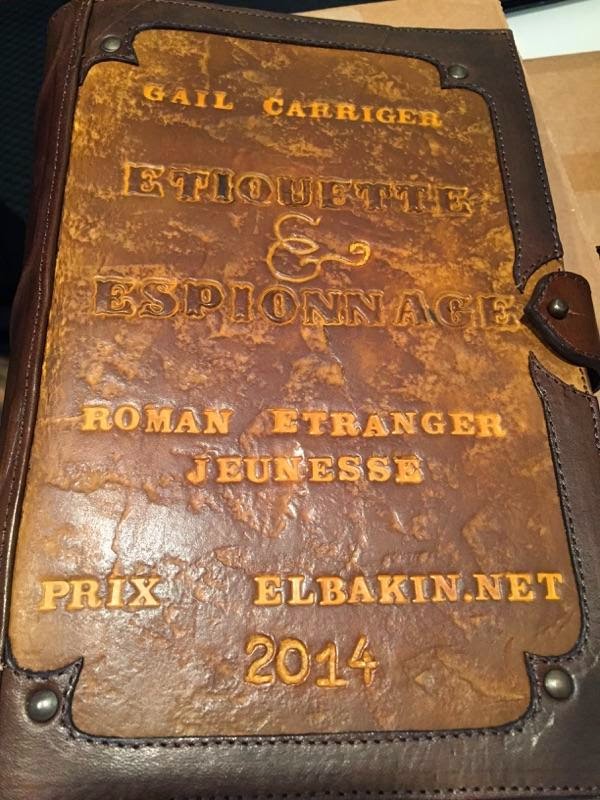 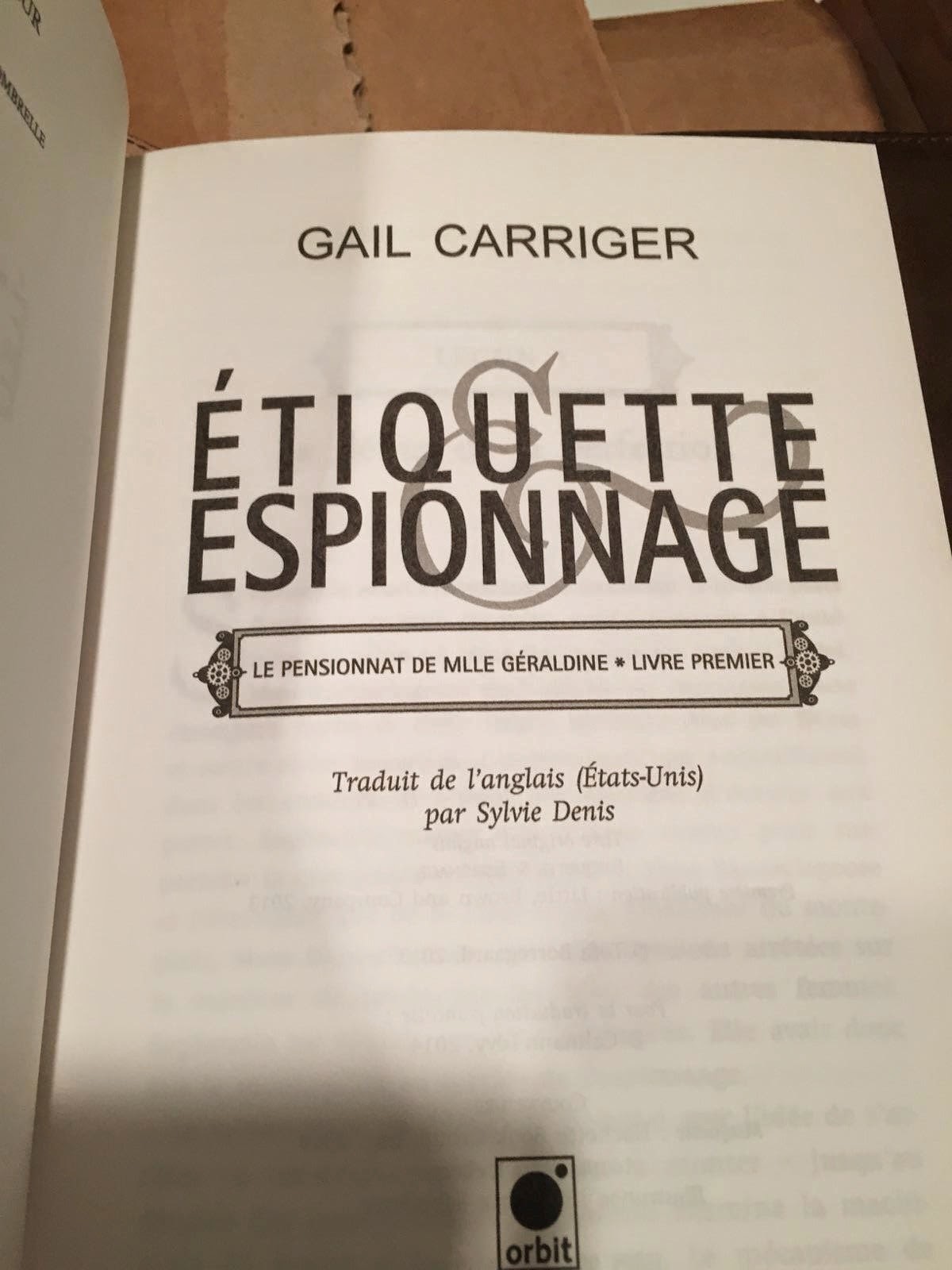 3. I took some video in the hotel room in DC on how I make tea on the road. Tea on the Go with Gail Carriger [on youtube]. Here is a close up of my water boil coil in action… 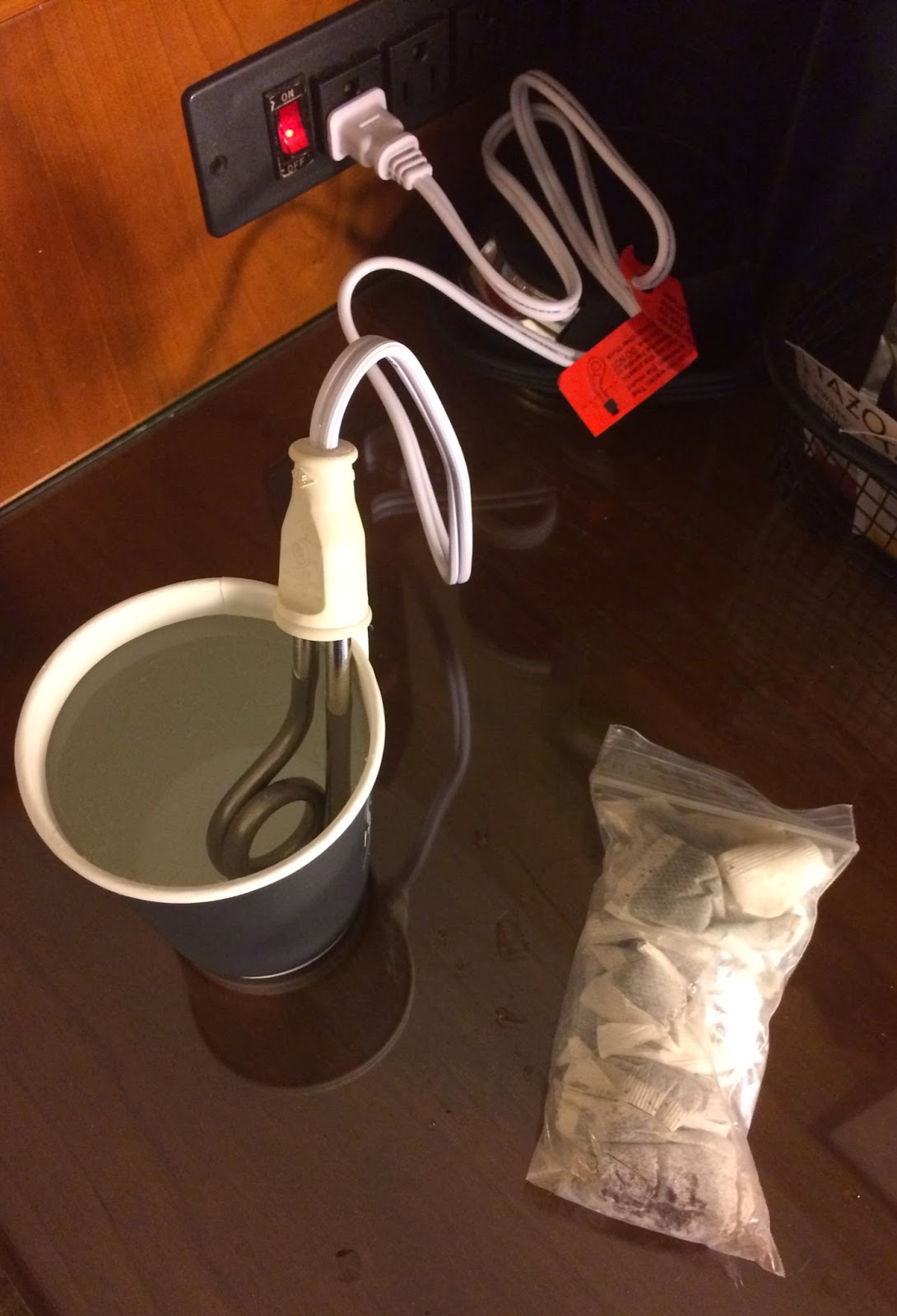 AKA The Instant Immersion Heater Portable Beverage Warmer for $8.25

4. Speaking of video: my editor, Deirdre, and the always fab Victoria (@VictoriaLBYR) talk about my Finishing School series in front of the camera.

5. I’m getting some queries about why my books aren’t available for Sony e-readers. Very little is likely to be anymore, I’m afraid, since Sony has discontinued the line. Calibre is your friend.

6. Amazon and Hachette settled their dispute… more on that in a future blog.

On another note, here’s the current state of… da da da dum…

B&N has apologized for what happened (the specifics are a mystery, and seem likely to remain so ~ computer glitch is the current best guess ~ I still blame Flywaymen). They are going to send an e-mail this week (?) to “customers who were told there were no books now saying that they do have signed copies available.” The e-mail will have a dedicated link to the signed copy and customers will have to re-order. They have the 500 copies frozen and segregated in their warehouse, ready to ship out. I have little faith at this juncture that anything will actually happen, but this is an honest recounting of what I’ve be told.

Although, since they did actually shipped a few (confirmed via Facebook) I hope they did a re-count the now-less-than-500 so this doesn’t happen again. (I have emailed my publisher with this concern.) Also, they will likely futz with the price.

Oh, my darlings, I am so worn out over this whole fiasco. Tea. More tea.

The next batch of bookplates arrived from Little Brown. This Monday I hope to sign and send them off. So get your requests in ASAP if you still want one.

{What is Gail’s Book Group reading for December? Daughter of the Empire by Raymond E. Feist and Janny Wurts}

Your Writerly Tinctures . . .
An interview dropped with yours truly over on Writers Read.

Quote of the Day:
“Wisdom and spelling do not necessarily go hand in hand.”
~ Kindred Hearts by Rowan Speedwell