Kat, Incorrigible by Stephanie Burgis was entirely new to me and I quite enjoyed it. I can’t remember how this book came on my radar originally (I really should start keeping track of that kind of thing). It’s mid grade but with the sophisticated edge one might expect from a Regency setting. It was not as light nor as comedic as I felt the cover and blurb suggested. It was quite fun (almost silly) at the begging but became more serious as the book progressed. I’m not certain if this shift in tone was intentional or not.

At the beginning, for example, Kat cuts her hair and this action is used as a way to introduce her family…

“Quite,” Stepmama said. “That is exactly my point. Aren’t you going to ask her how she could do such a thing without even asking your permission?”
Papa said tentatively, “Did you ask my permission, Kat?”

But once magic becomes heavily involved in the story things change rapidly. And charming bits, like the living teacups, are abruptly eliminated. I did find this a little jarring.

And her teacups had shattered. They lay in lifeless, unmoving shards across the carpet before the open cabinet. The same teacups that had tried to brush up against my hands for petting …

That said, I adored Kat’s character throughout. She is tough and spunky while staying entirely true to her age. Or so it felt to me, it’s been a long time since I was 10.

“I told you,” I panted. “Do not insult my mother!” I slammed my fist into her nose just as Charles had taught me in his boxing lessons. It made a horrible crunching noise, and it hurt my hand.

Her internal dialogue felt particularly 10-year-old-youngest girl. I loved her observations on society in particular. She reminded me a little of the youngest sister, Margaret Dashwood, as portrayed in Emma Thompson’s adaptation of Sense & Sensibility.

I couldn’t take my eyes off them. They were just like birds, but person-shaped.

I also particularly enjoyed Kat’s relationship with her two older sisters. It was as troubled and as loving as one might expect of three sisters with very distinct personalities. This is complicated by the fact that each has a very different memory of (and perspective on) their dead mother. Not to mention access to her magical gifts. Again, having no siblings of my own, I can’t speak to the truth of the portrayal but it felt authentic.

I scrunched myself into an uncomfortable far corner with my reticule on my lap and tried not to meet my sisters’ eyes as they took their seats across from me.

Angeline took Elissa’s hand and squeezed it, and Elissa rested her head on Angeline’s shoulder. I stared at them both from my corner of the carriage and felt hot prickling behind my eyes. “Oh, Lord,” Angeline said. She sighed and reached across the piled boxes to take my hand, too.

In the end, I found Kat, Incorrigible a quick and pleasing read. I was never jarred or chucked out of the story by a missed edit or a flawed word choice. Kat’s voice remained consistent throughout and I gobbled her shenanigans up in the space of one lazy afternoon. I did feel that the magical system was underdeveloped. But I understand from other reviewers that this is improved upon in the second volume. Just FYI there is also a free Kat short story. 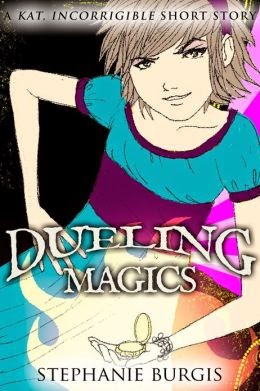 I will certainly nip back into Kat’s world at some point. I was so tempted by the YA novella that gives Kat her own romance, I bought it to add to my to epically huge reading pile. I want to know how she grows up! 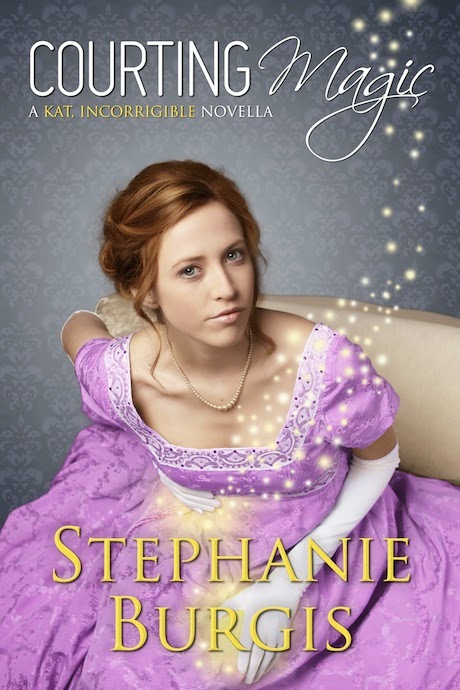 I would specifically recommend Kat, Incorrigible to mothers with kids around Kat’s age (or younger if they are advanced readers). I would have loved it at about age 8 or so.

{What is Gail’s Book Group reading next? Karen Memory by Elizabeth Bear}

Your Tisane of Smart . . .
A history of the necktie

Your Writerly Tinctures . . .
Three (hopefully) Inspiring Thoughts For 2015 (from my agent)

Quote of the Day:
“I wondered how he managed to survive without eating. Was he powered entirely by fashion?”
~ Stephanie Burgis