Today, Gentle Reader, please join me in welcoming the most wonderful Myke Cole to the blog for one of my silly interviews. He has a new book out in his military fantasy series, Gemini Cell. (You do NOT have to have read the other 3 in this world, despite what Amazon says this is a tie-in, not a series continuation.)

I have known Myke for years now, we met at Balticon (many of the cool authors in my life I seem to have met at Balticon). Myke is a true gentleman and one of the worlds only living paladins. He is also a pretty darn fabulous author, so without further ado…

Tea or coffee and how do you take it?
Coffee, intravenously if available. If not, a simple bucket will suffice.

Describe your personal style for author appearances.
I favor tactical gear that can double for both on and off-duty wear. I’ve never liked maintaining two sets of gloves, hats, backpacks, watches, belts, jackets and boots. It’s expensive and impractical when you like in a shoebox-sized New York City apartment. Fortunately, there are plenty of vendors that make understated clothing that’s suitable for duty wear but doesn’t stand out when you’re out shopping or walking the dog. 5.11 Tactical for jackets and t-shirts. Mechanix for gloves. Camelbak for bags. WileyX for shades.
The trick is to avoid ridiculously up-armored stuff that has no practical application. Let me give you an example. Simple and understated gloves. Wear them on a cold day, they just look like black gloves, but they’re suitable for patrol work. Now, take a look at these. If there’s a practical application for having a La-Z-Boy Recliner attached to your knuckles, I don’t know what it is. It just makes you look like a Transformer.

If I were to observe the writer beast in its native environment, what surprising thing might I see? What does the environment look like?
You could be amazed by the ridiculous proportion of expense to square footage. My apartment is the size of one of your more generous shoes, and costs about the same as one of your more generous aircraft carriers.

It’s interesting. When I think about the major genre authors I know, only three of them (Peter V. Brett, Naomi Novik, and Nora K. Jemisin) actually live in New York City. You’re in San Francisco. John Scalzi is in rural Ohio, Scott Lynch is in rural Michigan, Pat Rothfuss is in rural Wisconsin, Elizabeth Bear is in rural Massachusetts, George R.R. Martin is in rural New Mexico . . . you see the pattern, I assume?
Gail: Yerp, Paolo is in rural Colorado, Cherie in Tennessee. It makes sense, if you’re able to live anywhere as an author, that you live in a place with a lower cost of living. I would do the same myself, if love didn’t keep me in the SF Bay Area. But the AB is just so darn cute.

If you drive, what do you drive?
My niece, to drink. A shame for one so young (she’s 10). Every year she gets older and I get more annoying.

No deviating: vanilla or chocolate ice cream on a plain or a sugar cone? (Gail will use this to determine your level of sanity.)
Vanilla on a plain cone. It’s the closest I can come to dispensing with frivolity in frozen confections.
Gail: Congratulations, you are certifiably insane.

What’s most likely to make you laugh?
An order to do so from my duly authorized chain-of-command.

Since writers inevitably end up in the bar, what’s your poison?
Laphroig single malt. I’ve always been an Islay man, and prefer the more peaty scotches to the smoother varieties. Laphroig is unique in that the maturation process involves exposure to sea water. With most Islays, you’re drinking a tumbler full of BBQ smoke. With Laphroig, you’re drinking a tumbler full of BBQ smoke mixed with brine.
Gail: I would also like to add the Myke has been known to proudly swill some of the pinkest most girly drinks, a character trait I find irrepressibly charming. 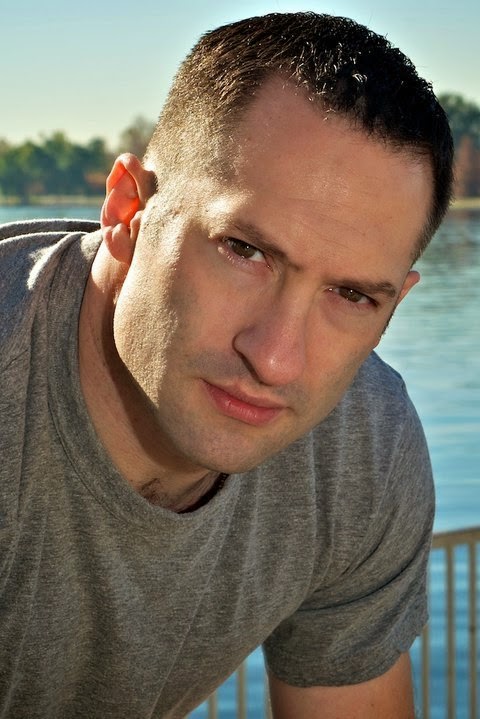 As a security contractor, government civilian and military officer, Myke Cole’s career has run the gamut from Counterterrorism to Cyber Warfare to Federal Law Enforcement. He’s done three tours in Iraq and was recalled to serve during the Deepwater Horizon oil spill. All that conflict can wear a guy out. Thank goodness for fantasy novels, comic books, late night games of Dungeons and Dragons and lots of angst fueled writing.

What should readers eat while consuming your novel?
Something bland and unlikely to taste bad coming back up. I’m rather graphic with the eviscerations, and there’s an awful of them.

What form does evil take within its pages?
I don’t believe in evil. I believe in bad action taken due to fear, or confusion, or sickness. I believe in flailing and lashing out, I believe in misguidedness, but I think “evil” is far too simplistic a word. Every villain in my novel is the hero of their own story. They all have motivations that make sense. They could tell you why they are doing what they do, and if I’m doing my job right, they could even convince you. Modern readers are sophisticated. They don’t want moustache-twirling evil. They want antagonists who make sense.

Which one of your characters would you most want to kiss and why?
Sarah Schweitzer, the badass wife of Gemini Cell’s protagonist. Sarah is my dream girl: a successful artist who charts her own course through life. She’s got dyed hair and sleeve tattoos, is read deeply in the classics and speaks three languages. She can dance, she can fight, she can show her son how to grow up to be the kind of man a woman like her could one day come to love.
And she’s also married to one of the hardest operators in Navy SEALs. Which means, if I ever did kiss her, I’d better find a way to disappear.

What’s your favorite period in history and does it influence your world building?
My favorite period is the Dark Ages. I actually studied to be a medievalist (I was about to attempt to become the world’s leading expert on Paul the Deacon and the Lombard Laws before I came to my senses). The period itself doesn’t influence my worldbuilding, but being a historian did. It taught me how to research, and it steeped me in mythology and the relationship of man to symbols that I draw heavily upon for my magic systems and the monsters that inhabit my world. Gemini Cell features creatures called jinn, which are the souls of ancient heroes twisted by aeons of twisting in the “soul storm” of the afterlife. If not for my brief foray into medievalism, I’d never have known how to get their stories right.

Which one of your characters would you most like to slap and why?
Jawid Rahimi, the Gemini Cell’s Lead Sorcerer. Life with magic makes you a valuable commodity for the government, and it’s hard to swim upstream against that, but it doesn’t absolve you from your obligation to try.

Without spoilers, what’s the funnest (or funniest) part of the book?
When Gemini Cell’s protagonist isn’t on an op, he’s kept in “cold storage.” The dead don’t sleep, so there’s a lot of downtime where he’s trapped in his own corpse with a demon as his only companion. They read together to pass the time, and his choice of book isn’t precisely to the demon’s liking.

If your story smelled of something, what would that be?
Cordite, burning diesel and the coppery tang of freshly spilled blood.

Myke Cole continues to blow the military fantasy genre wide open with an all-new epic adventure in his highly acclaimed Shadow Ops universe—set in the early days of the Great Reawakening, when magic first returns to the world and order begins to unravel…

US Navy SEAL Jim Schweitzer is a consummate professional, a fierce warrior, and a hard man to kill. But when he sees something he was never meant to see on a covert mission gone bad, he finds himself—and his family—in the crosshairs. Nothing means more to Jim than protecting his loved ones, but when the enemy brings the battle to his front door, he is overwhelmed and taken down.

That should be the end of the story. But Jim is raised from the dead by a sorcerer and recruited by a top secret unit dabbling in the occult, known only as the Gemini Cell. With powers he doesn’t understand, Jim is called back to duty—as the ultimate warrior. As he wrestles with a literal inner demon, Jim realizes his new superiors are determined to use him for their own ends and keep him in the dark—especially about the fates of his wife and son…

Here’s a review from The Qwillery.

Thank you Myke for stopping by!

{What is Gail’s Book Group reading for January? Kat, Incorrigible by Stephanie Burgis. Next up is Karen Memory by Elizabeth Bear}

Quote of the Day:
“Work is the curse of the drinking classes.”
~ Oscar Wilde