So my dear Gentle Reader, I have returned from my Prudence book launch tour! (And I am immediately heading off to New Zealand.)

Thank you all for coming out to see me on tour. I loved meeting you and I do apologize if my energy levels were low. I am also sorry I couldn’t go visit the tea shops and things you recommended in each city. The tour was 6 cities in 6 days, and it doesn’t allow me much residual play time. Also, because they want to fit all the stops in during the first week of sales, I hope that you can see why I didn’t have time to go everywhere or to fly very long distances.

I’m not complaining, because very few authors get the privilege of touring at all anymore, but I won’t pretend it was easy, either. I got about 5 hours of sleep each night and it was pretty much: wake early, fly, land, hotel, change, event, return to hotel, sleep (repeat x6) with eating squeezed in between. There were times I forgot to drink tea. ME!

So many of you came out to see me that I am very honored. I had from 75-130 people at the various events which is really fantastic and I can’t tell you how grateful I am. People came in rain, awful traffic, on weeknights, with sleeping babies (who stayed sleeping, hooray for the soporific effect of my voice), in costume, with gifts… It really made me feel loved.

There were familiar faces (with new acquisitions) and there were new faces who came attached to familiar handles from Twitter, Facebook, and Tumblr. 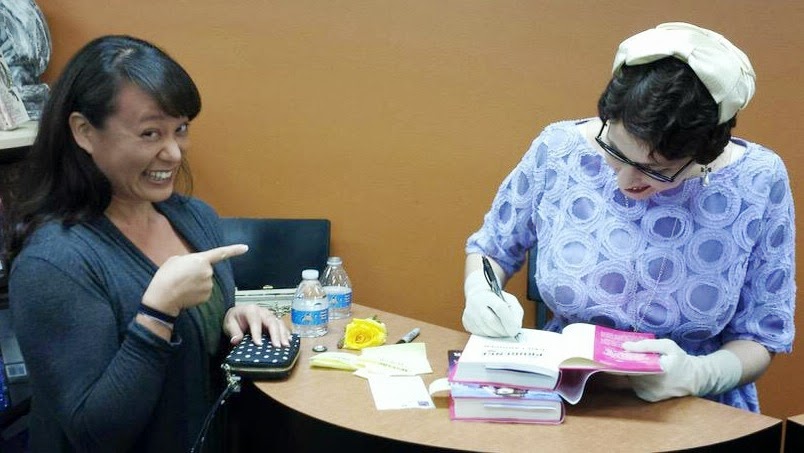 There was the requisite amount of fantastically unnaturally colored hair and fabulous vintage dresses, not to mention steampunk attire.

I’ve posted a bunch of pictures to Flikr and there are tons popping up on Twitter and Facebook as well.

San Deigo (Mysterious Galaxy) and Portland (Powell’s) were, of course, familiar to me. It was a delight to see so many friends in the audience from previous visits. The questions at both venues came fast and furious and very smart.

I was a little nervous about my Denver event as I had never been to the Tattered Cover before. But despite gloomy weather and abysmal traffic the Mile High City was game. It turns out that I have also amassed a large number of author friends in the area, not to mention the fact that my agent is there, so it was also a opportunity to renew acquaintances. Good place to be an author… Denver.

I was also a bit scared about Dallas as, again, I have never done an author event there before. I was in town for FenCon as GOH several years ago, however, and the volunteers and organizers came out in force to support me. So sweet! I love you guys. And despite some technical difficulties, the house was packed and the B&N peeps seemed, if anything, a little startled by this. Heh heh.

I got there early and hammed it up a bit, which was rather fun. I also went and took a picture with my end cap since I was at a B&N and ridiculously proud of how well this dress matched the cover of Prudence. More on that over on Retro Rack.

Then I was on to Houston and familiar stomping grounds. As always, Murder by the Book welcomed me with open arms. I signed a lot of pre-orders for them: they are particularly good at that part of relating to their customers.

Finally a good picture of me at Murder. I’ve been there several times before and never seem to get a good photo. As you can see, my publisher, Orbit, sent out a fantastic selection of swag to give away. There were fans, bookmarks, posters, buttons, and more. A few places even had balloons (although I forgot to take a photo, curses). Orbit, incidentally, is entirely responsible for this tour. Thank you Orbit!

I landed back in the Bay Area on Sunday morning and after a brutal drive battling an unexpected marathon, made it home in time to cuddle the squiggly (but excited) cat and the less squiggly (but still excited) AB, change, and hop back into the car for Borderlands.

This was a first for me: signing a bicep! THE AVATAR (@mmusclechan) on Twitter apparently listens to my audiobooks while she works out. Isn’t that cool? 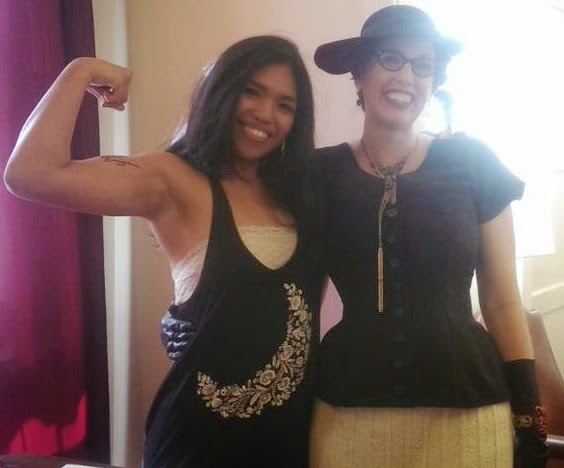 Borderlands was actually a little tearful (good tears) as this was to have been their last event ever, but instead it was the dawn of a new era. I brought with me some exclusive ARCs from my collection to hand out to the Borderlands Sponsors that were in the audience. The place was packed with friends and family and cheerful banter. I do love my city and it was great to be home.

On that note, I’m leaving today for New Zealand. I do have a few blog posts have scheduled to drop while I’m away, we shall see how technical I can be. No problem with Twitter, FB, or Tumblr. There should be no interruption in your Gail service there. This main blog, however, is a little more complicated.

I will see a few of you down in New Zealand at Reconnaissance and then I will be (gasp) off grid for almost three weeks. I think I will survive, and I know you will, Gentle Reader.

Book News:
Champagne, Custard and Comedy: A Conversation with Gail Carriger on Relentless Reading (And Writing About It!)

Quote of the Day:
On cats:

“Signor stood up in Bea’s lap, stretched his portly self six ways, and hopped down to the floor with a bump that was the shame of supposedly graceful and elegant cats everywhere. He thudded over to Marshal Reeves and began investigating his boots and hat with a pink, twitching nose. I was left with the strange thought that everybody in that room just then was wearing a mask for the purpose of not upsetting one another.” 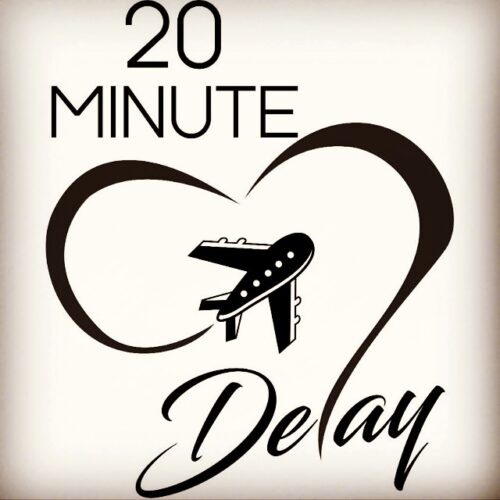