Hello my dear Gentle Reader, I am off trotting the globe right now but here is your book pick for the month of April. I’ll be re-reading it while I travel but it has been a very long time since I first picked it up. I am hoping it stands up to the re-read, but I’m pretty certain that it will…

The Eyre Affair by Jasper Fforde 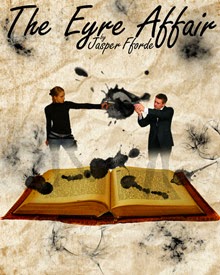 But what kind of book is it?

Really hard to describe, as you can likely tell from the wide range of cover art. Mostly literary comedy, some adventure, a lot of surrealism in the vein of Douglas Adams, there is even a little romance.

Even though I read it shortly after its release in 2001, I still remember some of this book. And what I remember is how much it made me laugh. I believe you can just dive in, and I think this first book stands very well on its own. However, I do think readers are helped by having read Jane Eyre, so if you haven’t you might want to give it a read or a listen. If you aren’t up to the Victorian Gothic there are a couple pretty good BBC productions out there. (My personal favorite is the Samantha Morton Ciarán Hinds 1997 made for TV version. I also like the Ruth Wilson Toby Stephens 2006 made for TV version. I’m not as big a fan of either of the better known motion picture adaptations: 2011 with Mia Wasikowska and Michael Fassbender or 1996 with William Hurt and Charlotte Gainsbourg. I think the length demanded by cinema shortens the book a little too much. Although some day I should get them all together, reread the book, and then watch them all at once and render a definitive judgement. Argh, this is distracting from the book pick…) 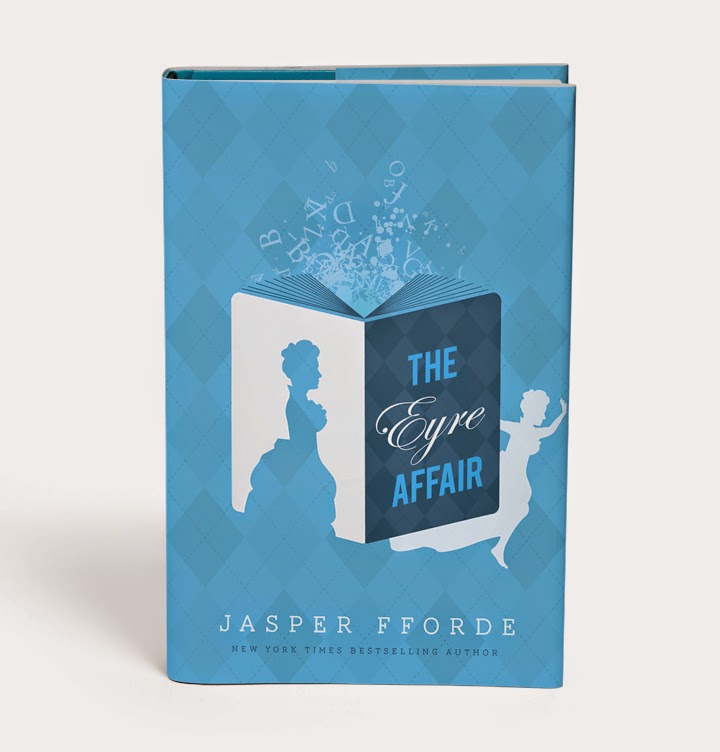 I do hope you enjoy The Eyre Affaire. It is one of the better known books on my pick list, but not as well read amongst genre or YA circles as I expected it would be. So I hope it’s an unknown for some of you in the group, and that it makes you cry… with laughter.

Your Writerly Tinctures . . .
I Write What I Want!

Book News:
Beyond the Trope says of Waistcoats & Weaponry:
“Do yourself a favor: go buy all of Gail Carriger’s books. If you regret it, you may not have a soul, which makes you a good soldier in the fight against vampires, anyway.”