I talked about how much I enjoyed this book recently and to follow up I invited the lovely author round for one of my silly interviews. Please welcome P.N. Elrod to the blog! 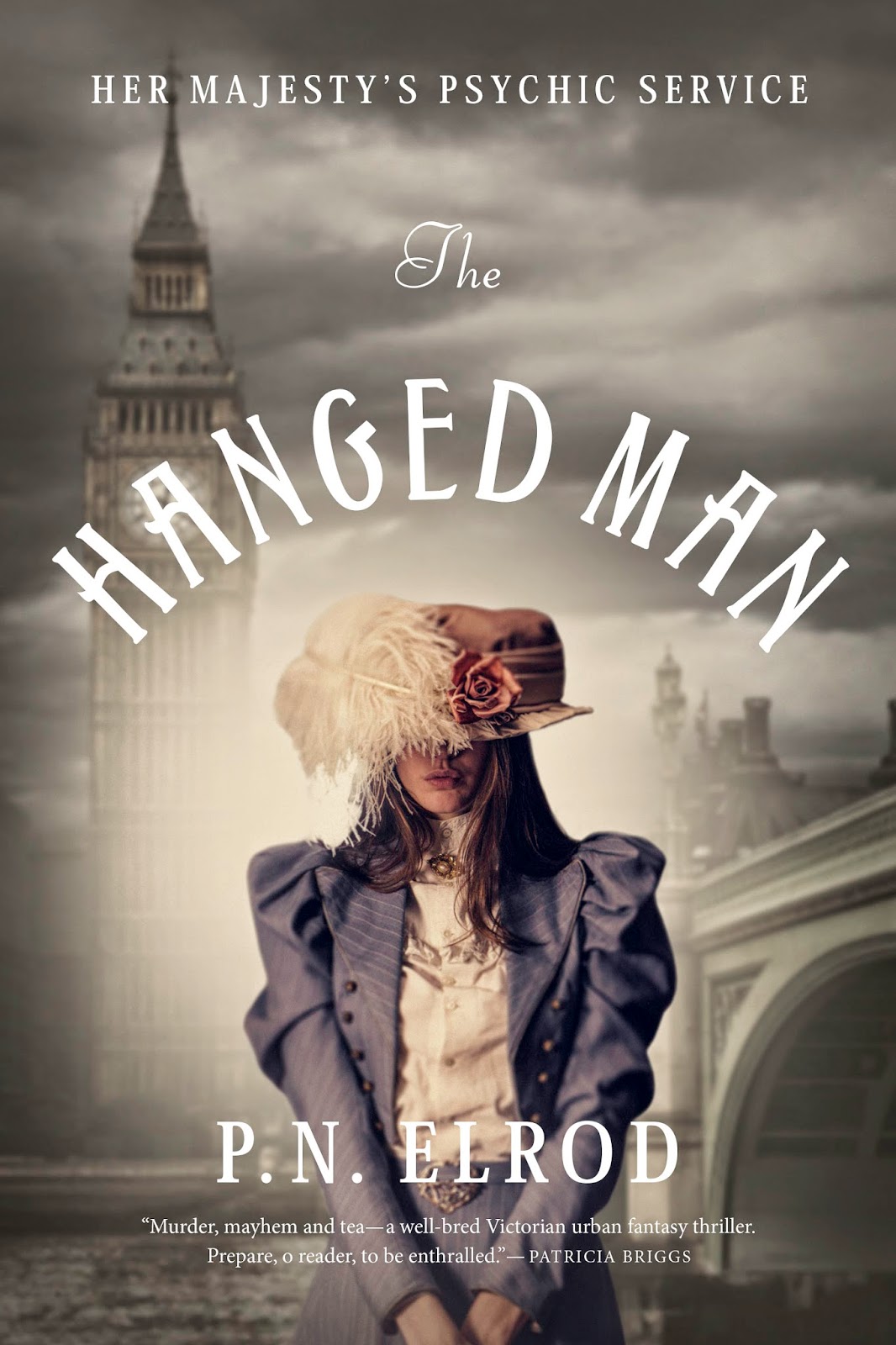 Tea in the winter straight and very strong, coffee (the same) in the summer but only in the morning. Both should be accompanied by a cherry turnover. A proper one.

What I wear or how I behave? If the former I try to dress so as to not frighten adults. Comfortable shoes are a must. I have a fun pair of pink leopard-spotted basketball sneakers. If the latter I’m still working on my indoor voice.

My writing space evolved from a messy desk amid walls of books, nick-knacks, reams of loose paper, maps, and other forms of homey chaos to a clean orderly space that’s easy to dust. I’ve a case full of Man From U.N.C.L.E. books, a swing out shelf to hold my laptop while I sit in a recliner. I don’t do well sitting at a desk any more. Though I am subject to attacks from nap ninjas after lunch, I get more work done when I don’t have to argue with gravity. Hanging over the love seat is a painting I did myself. It’s abstract expressionism, which is artsy-fartsy-speak for “I can’t paint but I’ll do it anyway ’cause it’s fun.”

All of them, in all combinations is not deviation, it’s divine.
(Gail’s assessment: Mad, absolutely mad.)

Visually, old-fashioned pie in the face slapstick. The Three Stooges still get the job done for me and anything to do with Monty Python or the Marx Brothers. Reading, I like P.G. Wodehouse and the Lucia books by E.F. Benson.

I like a really cold, COLD draft beer, preferably a local micro brew, though my agent put me on to chocolate martinis, otherwise ice tea, no sweetener. 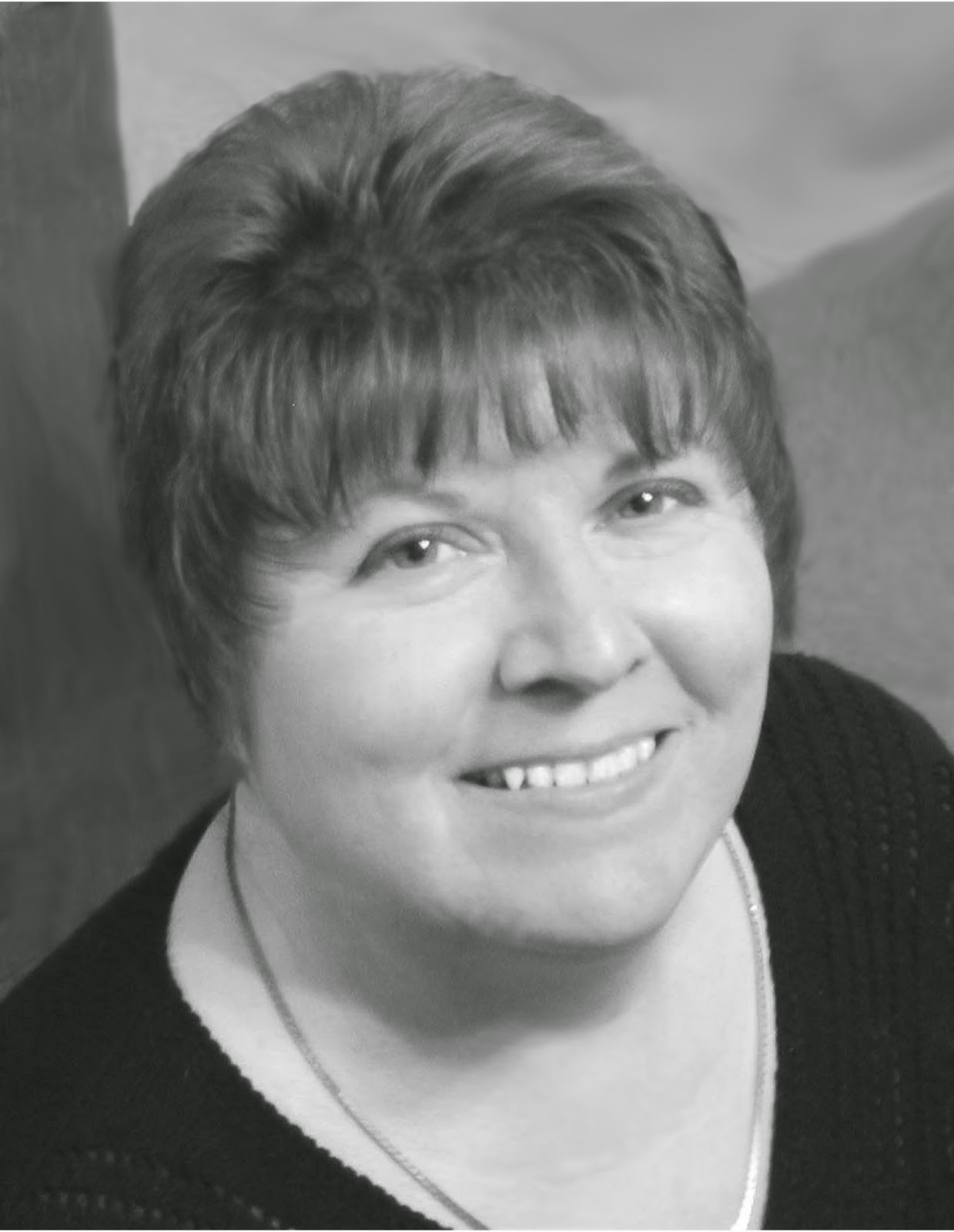 P.N. Elrod’s written a lot of books, mostly urban fantasy, edited a lot of books and stories (all kinds) and would like to be a beach bum, but her Irish genes have issues with sunshine, whole subscriptions, in fact. She lives in a dull alternate universe from that of the people in her books and has an incurable addiction to chocolate and UK accents.

Anything they like, though getting jam on the pages or reading device would be unfortunate.

The kind that thinks it knows what’s best for others.

Too many to choose from! I like the Victorian times because the clothes are pretty, and many people then were gadget geeks, same as we are today. This book needed an alternate history from our own, and after getting into the research I decided that Victoria never meeting Albert would change everything. She does have a successful love match and four brilliant children. I base much of what’s in the book on real things that were in our history, but taken a step farther. For instance, there was a huge interest in America for developing airships for fast transport after the Civil War and several start up companies. If they hadn’t failed for lack of funding, we’d have a somewhat different world now, I think.

Teddy. He’s such a prig and doesn’t know it. 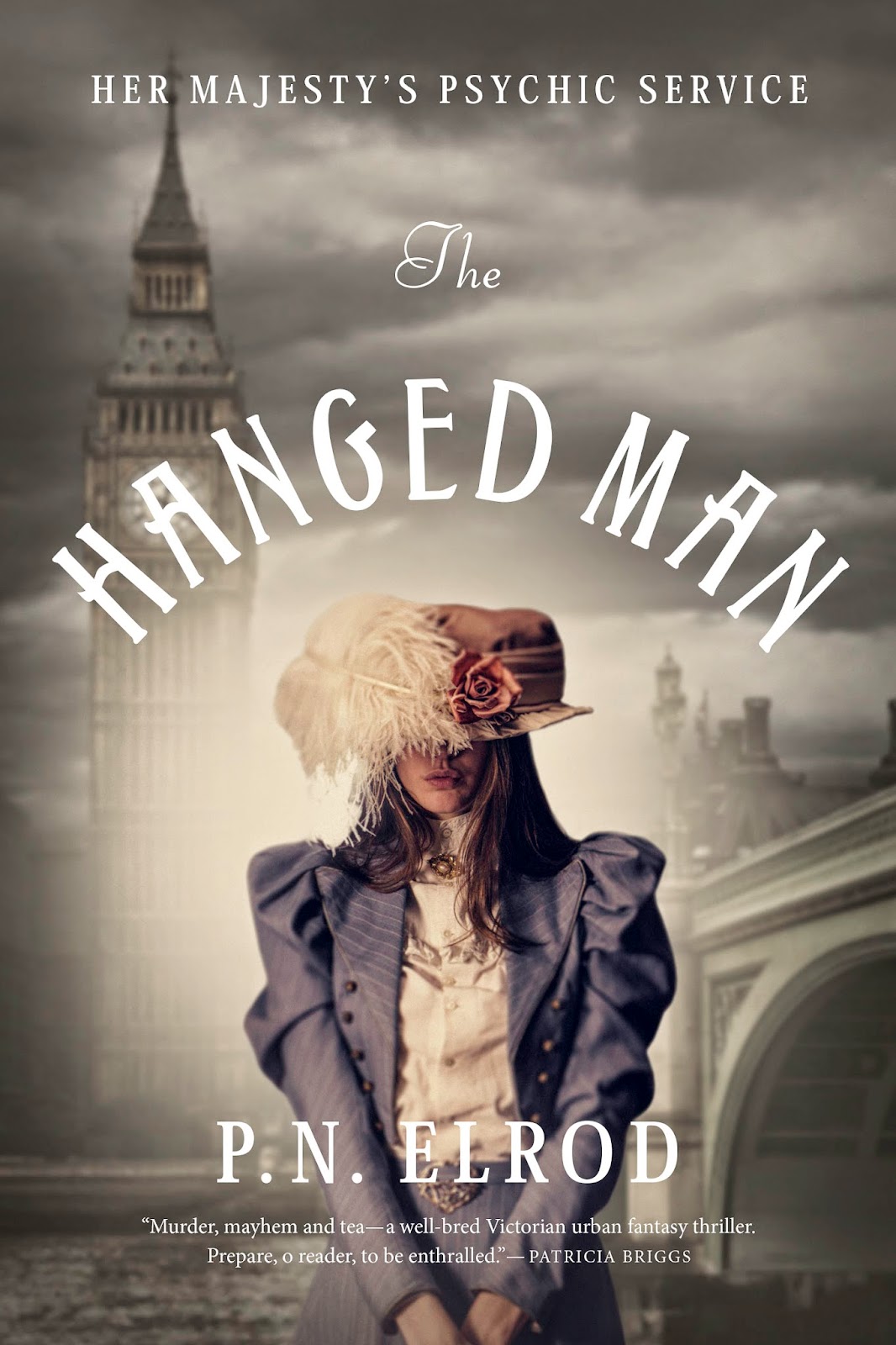 Your Writerly Tinctures . . .
This is why I try to pay it forward, go Tee! Ten Years of Family: Ravencon 2015

The Compulsive Reader says of Waistcoats & Weaponry: “Gail Carriger may be known for her lovably ridiculous characters and their outrageous antics, but what I really love about her books is the character growth.”

Quote of the Day:
“folded former bank where the Brotherhood of the Protective Order of the Sasquatch met.”
~ Karen Memory by Elizabeth Bear