Gentle Reader, please welcome Clare P to our little assembly. Some time ago Clare wrote an essay on Alexia and I asked if I might showcase it here. Sadly it has been too long since I made that request, but I found it hiding out in my pending file and brushed it off. I hope you enjoy her offering, long as it has been in coming. 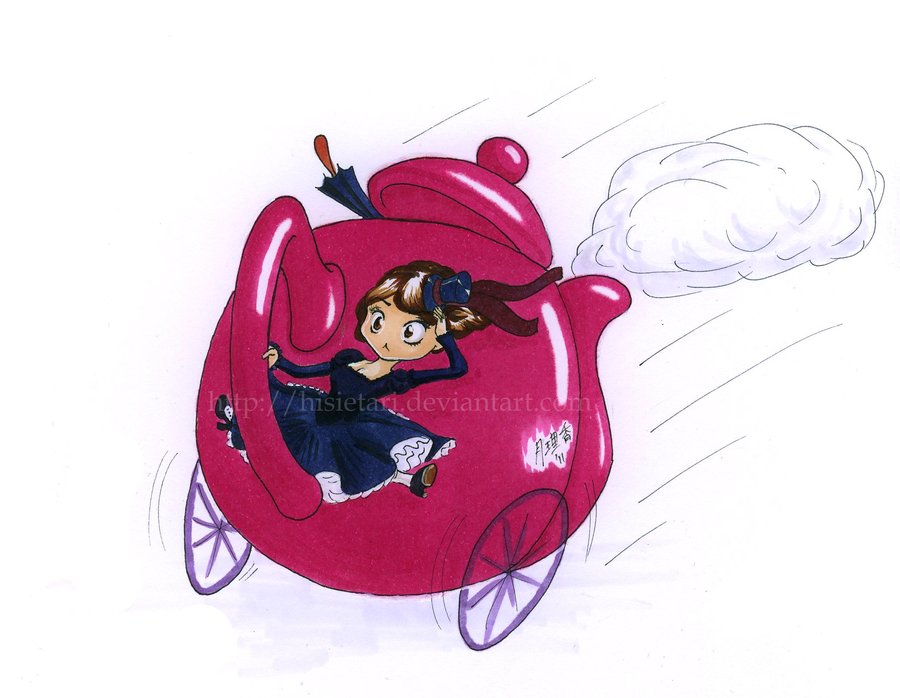 Without further ado I present unto you…

Alexia from Gail Carrigers’s novel Soulless, and Ofelia from Del Toro’s film Pan’s Labyrinth, have a striking number of similarities. Not only are they both undeniably rebellious but the common character they represent is widespread throughout literature. I argue that this unruly character they embody is so appealing to read about because they represent someone people wish they could be—themselves. This familiar disobedient character breaks the moulds that others have imposed upon them and is self expressive and defiant, despite the consequences we commonly fear.

Alexia Tarabotti is supposed to embody the perfect Victorian woman. The ideal 19th century Victorian woman is to be conservatively calm, serious, tasteful, educated (but only to spare her husband and family from embarrassment), and was often considered a possession of the family. Alexia has most certainly not conformed to what was intended for her. Lord Maccon frequently complains about how mouthy and cheeky Alexia is, which is undoubtedly not acceptable if one is to be the faultless Victorian woman. One of the most important values imposed on Victorian women is the value of family; women were often married young in order to start having children sooner. Alexia can be considered the opposite of what these values put forth. Neither of the two fundamental perfect Victorian women’s values of getting married and having children are appeased by Alexia.

Alexia’s mother attempts to secure one of these core Victorian women’s principles—matrimony, by forcing Lord Maccon to take her hand in marriage. However, Alexia’s dialog shows just how assertive she is. “I will not marry under duress, Mama. Nor will I force the earl into such bondage. Lord Maccon has not tendered me an offer, and I will not have him commit unwillingly. Don’t you dare press the issue!” (Soulless, page 211). This quote reveals how assertive Alexia is and how marriage, one of the values she should be pursuing, is not of the utmost importance to her. On top of these already striking differences between Alexia and the perfect Victorian woman, it is also subtly noted multiple times in the novel that Alexia is often kissing Lord Maccon, although they only have a casual relationship. Such a thing would be unthinkable to the truly perfect Victorian woman.

Now that it is clear Alexia is not conforming to the mould she was intended to, the novel further emphasizes it by presenting her half-sisters, the Loontwill girls. Felicity and Evylin are the blatant opposite of Alexia and flawlessly fit the template of being the perfect Victorian women. “No one upon meeting the three together would have though Alexia related to the other two at all” (page 27). Not only do the Loontwill girls look different but they are intellectually inferior to Alexia, like the typical basic educated Victorian woman is. To further contrast Alexia, her half-sisters are much more set on those core values a perfect Victorian woman should possess—such as marriage.
Ofelia from Pan’s Labyrinth, like Alexia, also has an idyllic mould already picked out for her. Because she is a woman in Spain during the fascist regime, her role is to be mature, obedient, and submissive, with the same core goals in mind as Alexia, to be a child bearer and faithful wife. Like Alexia and her character foils, the Loontwill half-sisters, Ofelia also arguably has one—her mother, Carmen. Carmen can be seen as the ideal woman in times of fascist regime. Although her origin qualifies her to be of unequal status, compared to her new husband, Captain Vidal, her demeanour, attitude and goals seem to match quite perfectly to those of a principle woman in fascist rule. She follows orders from Captain Vidal to move to the mill where he is located although it was not advised to travel so late in the pregnancy for health reasons. “A son should be born where his father is” (Captain Vidal, Pan’s Labyrinth). Although unsafe for Carmen to come to Vidal it seems that it was never considered the other, safer, way around—Vidal coming to Carmen. Though this occurrence is seemingly minute, it reinforces Carmen’s lack of say—she has no voice or worth, which is a common view among women under fascist regime. Carmen is controlled, oppressed and demeaned by Vidal and it becomes very apparent when she attempts to tell a story of how Vidal and she had met, through her now deceased husband who had made his shoes. Vidal cringes when he hears her spill the story as it reveals her to be of a lower class than him. “Please forgive my wife. She hasn’t been exposed to the world. She thinks these silly stories are interesting to others” (Captain Vidal, Pan’s Labyrinth). Vidal undermines and arguably humiliates Carmen yet she says nothing and continues to obey him.

Furthermore, Ofelia’s rebellious attitude is reinstated right from her first meeting with Vidal. When greeting the Captain she refuses to put down her juvenile books to offer him the correct hand to shake—and it is not tolerated by Vidal who violently grabs her hand and informs her that the other hand is appropriate to shake. From this scene we can gather that Ofelia is not willing to conform to be the ideal women in fascist times—she has a voice and an opinion and is not afraid to reveal it. Another scene where we see Ofelia rebel from what she is supposed to be is after she leaves the fig tree and returns to a bath, missing the dinner she was anticipated to attend. Carmen informs her that the Captain was very upset by her absence, and Ofelia smiles. Although another diminutive incident it stands to reinforce that she is not upset by offending her authority and is a genuine rebel. Additionally, we see the differences between Ofelia and the ideal women in fascist times when she continues to believe and pursue fairy tales. She is oppressed by her mother, who I argue is just passing down the oppression she receives from Vidal on to her daughter. “You’re getting older, and you’ll see that life isn’t like your fairy tales. The world is a cruel place. And you’ll learn that, even if it hurts” (Carmen, Pan’s Labyrinth). It is evident that Carmen is trying to replace her personal traits of a blossoming imagination, creativity, and a voice with seriousness, maturity and obedience. Ofelia also refuses to call Vidal her father, despite her mother’s wishes, “The captain has been so good to us… Please, Ofelia, call him father. It’s just a word, Ofelia, just a word” (Carmen, Pan’s Labyrinth). While this is just one more outwardly small incident it just continues to strengthen Ofelia’s attitude and personality towards blindly following orders and rule.

Jennifer Orme’s essay on Pan’s Labyrinth allows for an in-depth and accurate interpretation of the film. I agree with her, the core notion of the film is disobedience, and I think Ofelia underlines this theme of the film. She refuses to comply with others’ desires, even if she will have to bear the consequences later, “Key to my reading of Pan’s Labyrinth is the notion of disobedience: the refusal of characters to submit to the narrative desires of others at their own expense…” (Orme, page 1). This notion of noncompliance is apparent throughout the film whether that be through the fascist war that is taking place or the fairy tale occurrences Ofelia experiences. Orme goes on to say how this is a common motif throughout literature. I strongly agree, disobedience, rule-breaking, noncompliance are all common among characters of not only fairy tales but of literature in general. It is because we as readers are intrigued by this rebellious character, perhaps we wish to be more like them. I argue that there are situations in everyday life whether that is school, relationships, or work related situations where people often wish they could rebel- break the rules or refuse to blindly comply with the request of authority. “Indeed, it is often a specific disobedient act that sets the tale in motion or continues it on its trajectory: Snow White disobeys the dwarves and answers the door to the witch; Dorothy runs away from the farm; Alice leaves her sister to chase the white rabbit. In Pan’s Labyrinth disobedience is a primary theme that is coded as positive, and even essential to survival” (Orme, 2). Here Orme explicitly points out just how common the motif of rebellion really is. This questioning and rebellion against the ideology of what they are supposed to be is common to both Alexia and Ofelia and it is what makes the so desirable to read about. Roger Clark, like Orme, also successfully recognizes this blunt and common theme, “A crucial part of Ofelia’s (and Alice’s) ‘‘finding’’ emerges from their questioning and interrogating of ideology and orthodoxy, whether it be the iron grip of patriarchy and fascism or the anarchy and absurdity of the Wonderland and Looking-Glass worlds” (Clark, 2). Here Clark once again reinforces this idea of rebellion and refusal to comply and once again, “Disobedience is an important factor in fairy tales” (Orme, 2).
To conclude, I have recognized the common character throughout literature who is rebellious, refuses to blindly comply to authorities- even if they face consequences in doing so and most importantly, does not conform to the mould chosen for them. In comparing Alexia and Ofelia it becomes explicitly apparent that they both represent this common rebellious character. Whether they are refusing to comply to their mould of the perfect Victorian woman or the ideal woman during fascist rule, they are both undoubtedly rebelling against their imposed ways. I have argued that the reason this character shows up so frequently is because they are enjoyable to read about because people often face everyday situations where they could be more like one of these character, they wish they could break the mould that they are being forced into and reveal their voice to their authority, however they don’t because of the obvious consequences that would follow. Furthermore, Orme and Clark’s articles further reinforce and embellish this common character motif.
Works Cited
Carriger, Gail. Soulless. New York: Orbit, 2009. 1-357. Print.
Clark, Roger. “A Constant Transit of Finding”: Fantasy as Realisation in Pan’s Labyrinth. N.p.: n.p., n.d. 1-13. Faculty of Arts, York St John University. Web. 11 Apr. 2011.
Orme, Jennifer. Narrative Desire and Disobedience in Pan’s Labyrinth. N.p.: n.p., n.d. 1-17. Web. 11 Apr. 2011.

Your Infusion of Cute . . .
Unsinkable Sam

Your Tisane of Smart . . .
Chutney of Alubokhara.

Your Writerly Tinctures . . .
In Which Chuck Answers Why Adults Read So Much Young Adult Fiction

“I’ve loved seeing Sophronia’s character develop and simply cannot wait to see where she ends up in Manners & Mutiny! YOU REALLY NEED TO READ THESE BOOKS!!!!” 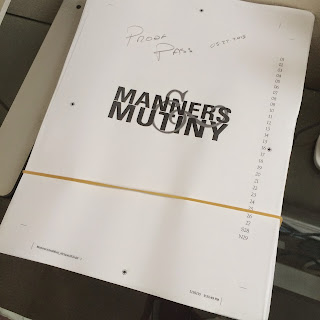 “Lastly, tea—unless one is drinking it in the Russian style—should be drunk without sugar. I know very well that I am in a minority here. But still, how can you call yourself a true tea lover if you destroy the flavour of your tea by putting sugar in it? It would be equally reasonable to put in pepper or salt.”