So here are 2  deleted scenes from Prudence the first Custard Protocol book, for your amusement. 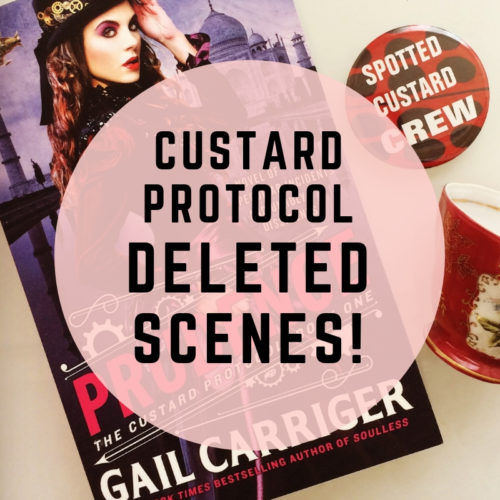 Since this series is currently being written, please be aware that deleted scenes may and often do contain spoilers for this series AND both other series (since this is chronologically last). Read at your own risk.

Dama took Prim’s deviance from her mother’s questionable taste as a point of personal pride. When, in fact, Rue suspected Uncle Rabiffano had more of an effect. Uncle Rabiffano was a very odd sort of werewolf. He often shopped with them, and was always open to advise on outfit coordination, hair, and hats. Adoring him as she did, Primrose was wide open to his influence. Fortunately, Uncle Biffy was the most fashionable member of Rue’s father’s household. Which wasn’t saying much, when one considered Lord Maccon and his pack. But was saying a great deal if pitted against Rue’s adopted father and all the drones. Lord Akeldama’s taste was flashy, Uncle Rabiffano’s was elegant. Both girls had adored Dama’s style when they were six, but now they sought Rabiffano’s council and Lord Akeldama’s approval afterward. It was a delicate wardrobe situation that Rue only managed to balance because the two gentlemen lived in separate houses. They both knew, of course, that the other had influence. It took a great deal of wheedling to convince each that the other didn’t have too much influence.

Her mother’s profession, that of secret preternatural adviser to Queen Victoria, sometime spymaster, and member of the Shadow Council, was supposed to be just that . . . secret. Only Britain’s most respectable vampires and werewolves, and a select handful of progressive politicians, even knew of the Shadow Council’s existence, let alone the muhjah. Rue had never quite figured out what her mother specifically did, but it certainly kept said mother busy most nights. Her Paw had once said, not entirely sarcastically, that, “It is a position that allows my darling wife to meddle on as wide a scale as possible. She has the whole Empire to organize and terrorize. Keeps her mostly out of household business, offspring. I should be grateful, if I were you.” Rue had taken this as advice, and given her mother’s personality, been very grateful indeed.

Your Infusion of Cute . . .
Epic underwater harbour chase between an octopus and crab caught on camera

Your Writerly Tinctures . . .
5 Ways to Endear Yourself to Your Book Editor

“Prudence is an action packed, highly humorous romp of a story and with Rue taking the lead you will definitely be going to different places…” 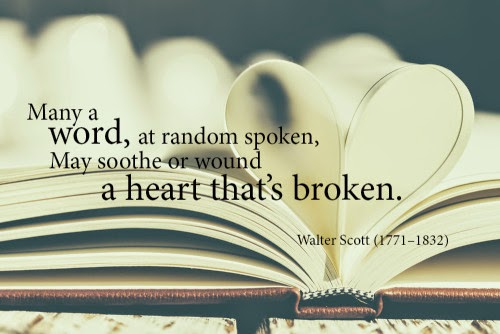