So, Gentle Reader, I have returned from WorldCon and it was exhausting and quite epic, in its way. I saw old companions, met new good people, and – I hope – converted some acquaintances into lasting friendships that I will pursue at future events.

WorldCon, for me, is a major water cooler event. As a full time author, I don’t have the opportunity to talk to my co-workers in the same way that most people do. I may be introverted, but that doesn’t mean I’m not social. And that doesn’t mean I don’t need to see other authors who are going through the same things I’m going through – emotionally, physically, and professionally.

I landed on Thursday after a painless flight. Spokane greeted me with smoke in the air and a red sun overhead.

I usually try for the closest hotel to a convention, to save my feet and allow me to dash back to my room as needed. Unfortunately, I didn’t realize my hotel also had programming which meant the elevators were working overtime and unconscionably slow. Witness Gail climbing up to her 9th floor room several times each day via the fire stairs, and convincing herself she is doing it for her health.

Good thing, too, as I had too much of a truly wonderful meal at Wild Sage that first night. Laura Anne Gilman (@LAGilman) took this awesome photo of us.

I liked the food there so much that I went back on Saturday night while everyone else swanked up at the Hugos. (Howard talks about the experience in much greater detail, if food is your thing.)

Yes, Val and I sat in the same seats at the same table both nights. Why mess with a good thing?

After Thursday’s lovely dinner, I tottered over to the Drinks With Authors event. It was full of the usual suspects and I ran into pretty much everyone I hadn’t run into already. As you do. There was some lovely baked-apple cider and I don’t remember much more of that evening except at some point I chatted with Sanderson & Wells which lead to…

Friday morning, despite the fact that I wasn’t officially there yet, I got author-napped to be on the Writing Excuses panel.

The crowd at writing excuses

Writing Excuses is an excellent podcast if you wish to become a professional author. (If you want to delve a little deeper into established authorial secrets then Ditch Diggers is your cast de jour.) I talked about my vaunted Convention Kit and we all offered advice on what to bring along with you to a convention ~ whether attending as a fan or a pro.

After Writing Excuses I poodled off for lunch with Ken Scholes, a bosom pal of mine since we both debuted back in 2009. We discovered a little natural food market with a salad bar that had a Green Goddess dressing that rocked my world. I press-ganged the BFF into having it as well (she was slaving away at a dealer’s table so I took it back to her.) I wandered the vendor hall a great deal at this convention, and rather enjoyed myself merely visiting with everyone.

Saturday was my one day of programming, but I managed to squeeze in a kaffeeklatsch and a signing. I do hope that everyone who wanted to see me managed to do so. There was a lot of me running up stairs and zooming through the Green Room because I had a wardrobe malfunction, a snack lunch, and caffeine issues that made an already busy day rather chaotic.

Saturday night, after another amazing meal at Wild Sage, it was back to the bar to watch the Hugos streaming. Or, more precisely, to drink champagne (why not?) and watch everyone else react to the Hugos, then ask “What Happened?” until they got annoyed enough to tell me, then look on Twitter to see who snarked what. Want to know what all the kerfuffle was about? Here’s an article.

I scored a date to the Losers Party (although it turns out, I likely could have got in anyway because I once lost the Campbell). So I was one of those to witness the first ever, and perhaps last ever, Alfie Awards. 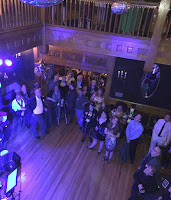 George above, and the losers below.

I’m not going to lie: it was rather moving, and then I moved myself about the dance floor in a loose imitation of dancing, chatted long into the night with friends and colleagues, and generally stayed up later and exercised more than I have in years. Sunday morning was not pretty, people. Not pretty at all.

Unfortunately, Sunday morning happened whether I liked it or not. It took me unconscionably long to pack, my brain just wasn’t there. I did one last pass around the dealers to say goodbye, plane got delayed, so I ended up chatting in the onsite lounge with pals and when we got kicked out we went for tea… as you do. Couldn’t ask for a better way to end the convention.

Shout out to Locus and Wordfire press, my homes away from home. When in the vendor hall, I lurked with them and they totally tolerated me.

A little how I imagined Sophronia’s fan.

Your Tisane of Smart . . .
MPs and Queen Victoria’s Coronation 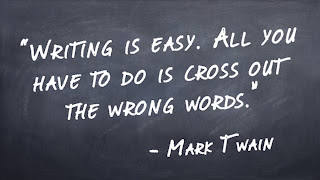 “I’ve fallen in love with literature. I try to read for one or two hours every day. I only have one life to live. But in books I can live one thousand lives.”

~ via Humans of New York