I make no bones about the fact that when I read, all I really want is a good ending. That ending doesn’t have to be happy, although usually I prefer it, but it does have to be right. It has to fit with the expectations set up by the author and with the tone of the novel.

I feel exactly the same way about TV.

Out with a Whimper

Now let’s be clear: sometimes it isn’t the show’s fault. Sometimes the series got cancelled or jumped the shark already, so there’s no surprise when it goes pear-shaped. Nevertheless, here is my top list of evil culprits. Shows that I went in loving and left hating simply because someone failed to knock it out in the eleventh hour. 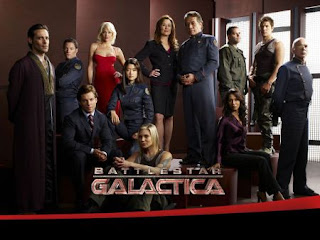 I LOVED this show. I listened to the companion fan podcast. I hosted a weekly viewing at my house and we would discuss the nuances after each episode with tipsy enthusiasm. The second episode, 33, still stands as one of the best pieces of Sci-Fi TV ever put on the screen. The final episode was CRUSHING.

There were three writers in the audience that night. After a long silence, during which everyone there was internally groaning with disgust, the three of us instantly started rewriting it.

It was a cop out in every way: threads were left unresolved, prophecies were given easy outs, characters were not at all true to their natures. I have never re-watched Battlestar Galactica because of that ending. I couldn’t stand to go through the profound disappointment a second time. 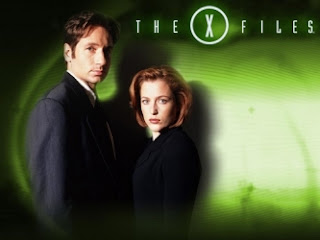 I wasn’t a huge X-Files girl *waves at Miss K* but I watched many of the episodes and I always tuned in if it was on. I did make an effort to see the final episode and if felt pedantically obtuse. It felt as if the writers were playing with me:

Oh did you want answers?

There are indie flicks like this, often starring the horrendous manic pixie dream girl trope, and I find them as predictable in their way as a Disney cartoon. And just as unimaginative. They are trying to be all obscure and realistic when really they are just plain annoying.

The X-Files ending was like that: needling, self-satisfied. The movie then came along and killed the whole thing for me and I’ve never re-watched a single X-Files episode. 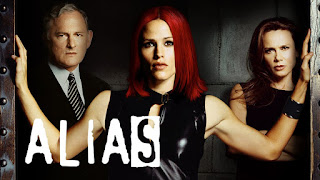 Sigh. It felt rushed, not that I was a big fan of this series to start with (so far as spy dramas go I think La Femme Nikita kicks everyone else out of the water, Chuck is funnier, and Covert Affairs is more user friendly). I like the idea of combining spy with supernatural elements, although Alias was often laughably absurd in this arena. Regardless, the ending left me nothing but cold.

I know people universally vilify Lost and Heroes, but I’ve never watched either because of that reputation. I refuse to set myself up for disappointment. 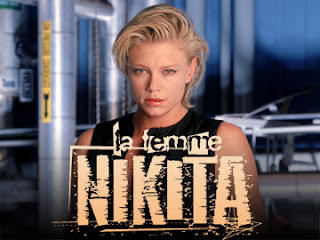 The USA series staring Peta Wilson has the best ending of any series I have ever watched. EVER.

I adored this show because of the style and because it was, most of the time, the single most unpredictable thing on TV. The show got its cancellation notice but managed to squeeze in one last short season that wrapped things up beautifully while also staying true to the unexpected nature of the series plots.

Yes, the acting is at times abysmal, but the clothing is always beautiful and that ending… unexpected, touching, heart wrenching, and perfect. It makes everything else about the series that much better because it stuck the landing. 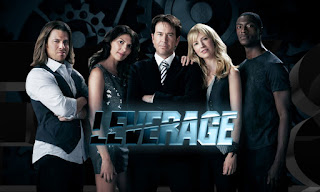 It’s not a big splashy ending, but it felt perfectly right. I’ve made no secret of my love for this show. Unlike other series I love, I can and do re-watch this on a regular basis. It’s the characters that get me every time and they never stopped being themselves. Also the dialogue is charming.

I like a show with a bit of a formula and this one provided that in spades with no attempt to be anything more sophisticated. Why should it? It was perfect as it was. 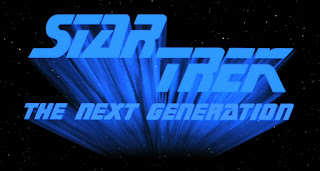 Star Trek: The Next Generation

I grew up with ST:TNG so I suspect there’s a bit of nostalgia with this one. Yes, some of the later seasons jumped the shark and there is no getting around the fact that the best season cliff-to-close was between 3 and 4 (the two part Borg episodes and then Family).

But All Good Things at least matched to some of the other decent time travel episodes and didn’t disappoint. Perhaps I wasn’t the jaded writer I am now, but I still look back fondly on that series and that finale.

Kind of Okay but still felt like cop outs: both Buffy (which I mostly liked) and Angel (which I mostly disliked). I’ve seen arguments for and against both series’ endings. Also this list doesn’t include TV shows that got movies to satisfiy (Firefly & Farscape).

{Gail’s monthly read along for August 2015 is My Man Jeeves by P.G. Wodehouse} 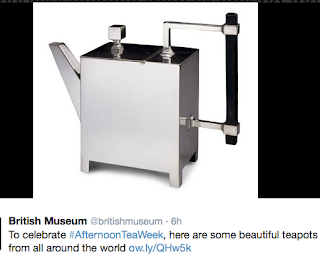 Your Tisane of Smart . . .
5 Things You Might Not Know About Octopuses 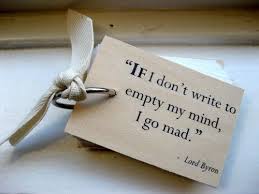 Book News:
InkBonesBooks does a review of Prudence on YouTube and says:

“…Gail Carriger writes with wit, humor, precision, and intelligence. I think that she is such a funny woman. I think that she has the perfect way to turn a phrase. She just knows knows exactly the right kinds of words to use that make you laugh.”

“He never learned tact, Lady Keladry,” one of the new boys explained. “His papa—my uncle—he’s every bit as bad.”
“Then I will stay away from Jesslaw,” Neal said firmly. “It must be a madhouse.”
“You’ve no idea,” said the other first-year with feeling.

~ Tamora Pierce, Page: Book 2 of the Protector of the Small Quartet (Neal & Owen: my two favorite characters in the series)