For the month of September I’ve chosen, Court of Fives by Kate Elliott!

All cards on the table, Gentle Reader. I read this book back in January, but I will be rereading it along with you this month because I can’t wait to reread it. Occasionally, being a professional author has its perks and getting early review copies, especially if you share an editor, is one of them. As soon as I heard about this book and read the blurb you know I had to have it. I pinged my editor, who sent me a copy in December and I read it while recovering from the flu in January.

From SF Signal: In this imaginative escape into an enthralling new world, World Fantasy Award finalist Kate Elliott’s first young adult novel weaves an epic story of a girl struggling to do what she loves in a society suffocated by rules of class and privilege.

Jessamy’s life is a balance between acting like an upper-class Patron and dreaming of the freedom of the Commoners. But away from her family she can be whoever she wants when she sneaks out to train for The Fives, an intricate, multilevel athletic competition that offers a chance for glory to the kingdom’s best contenders. Then Jes meets Kalliarkos, and an unlikely friendship between two Fives competitors–one of mixed race and the other a Patron boy–causes heads to turn. When Kal’s powerful, scheming uncle tears Jes’s family apart, she’ll have to test her new friend’s loyalty and risk the vengeance of a royal clan to save her mother and sisters from certain death.

Here is their review.

Kate herself says the following:

“The description by the publisher calls it “an epic story of a girl struggling to do what she loves in a society suffocated by rules of class and privilege.” LBYR has also pitched it as “Little Women meets Game of Thrones meets The Hunger Games,” while I have described it as “Little Women meets the Count of Monte Cristo in a fantasy setting inspired by Greco-Roman Egypt.” I guarantee it is the fastest-paced book of anything I’ve written up to now.”

What do I think?

No, really, just remarkable. (You’ll see on Amazon that I gave it a pull quote. I NEVER do that.)

Kate manages to combine everything I love best in a YA novel. Jes is a killer protagonist: tough, capable, but also lost in her upbringing and faced with impossible choices that test her character and her beliefs. Her family dynamic is genius. The love and combativeness between sisters is touching and realistic. The story is tight and tidy, comprised of rings within rings twisting and matching to one another. It’s rich with detail, but plot is tied back to description in a way that makes the reader grateful for having paid attention to Kate’s lyrical prose.

The setting is an alternate Ancient Egypt under Roman rule, meets Etruscan, with the trials reminding me of a Mayan ball game meets Ancient Spartan gymnasium. There’s a lovely youthful romantic thread, but I warn you this is the beginning of a trilogy(?) and the ending of this first book, while flipping brilliant (literally and figuratively), is bittersweet.

If you can afford to buy this book, please do so. It deserves all the support that it can get. It’s that good. I am always so frightened that something this well written and smart will suffer under the slings and arrows of commercialism.

Final thought, if you are a particular fan of Eloise Jarvis McGraw’s Mara: Daughter of the Nile or Tamora Pierce’s Trickster’s Choice/Trickster’s Queen, this book will not fail you. 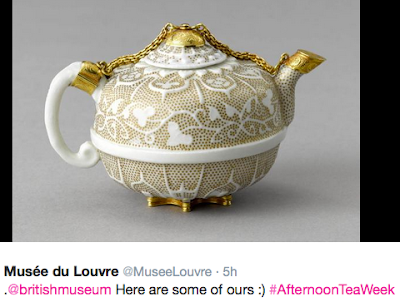 Book News:
BloomTV does a blog on Prudence and says: “Gail Carriger does amazing worldbuilding and this book, especially. She really expanded on the the world that she’d created in the Parasol Protectorate and Finishing School series. Obviously, it takes place in India so we got to see the world and how it is in India …”

Quote of the Day:
“I’ll bet what motivated the British to colonize so much of the world is that they were just looking for a decent meal.”
~ Martha Harrison