Here are a few descriptions that, as a writer who reads, I admire greatly, Gentle Reader. And that’s all I have to say, really, today I’ll let others do the typing for me… 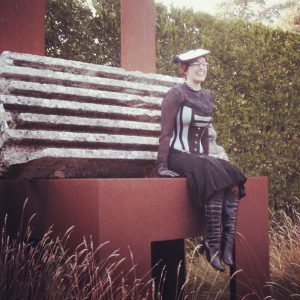 How to describe a large person, brought to you by Debra Doyle & James D. Macdonald (The Price of the Stars)

“His uniform was less rain-soaked than Lieutenant Rosselin-Metadi’s, but only because there was less of it to get wet.”

Just because a man’s built like a brick wall doesn’t mean he is one.”

“Stepping out of the tub, he wrapped himself in a nubbly bath towel roughly the size of a landing pad and returned to the bedroom.”

“They were gathered on Crystal World’s observation deck; like everything else about the little yacht, it was an exquisite miniature, and Beka’s brother had been moving for three days now with exaggerated care, as though he expected to break something the moment he let down his guard.”

And by P.G. Wodehouse (My Man Jeeves)

“She fitted into my biggest arm-chair as if it had been built round her by someone who knew they were wearing arm-chairs tight about the hips that season.”

“Nyls Jessan carried off a pale blue Khesatan lounging robe with an air of having just arrived from an early-morning session of birdsong and flute music.”

~ Debra Doyle & James D. Macdonald, The Price of the Stars

He dressed like a rich Khesatan do-nothing straight out of the midafternoon holodramas, and he certainly had the accent for the part, but his hands were all wrong. They looked like they knew things the rest of him didn’t.”

“He was rather handsome, in a lanky, not-quite-finished sort of way.”

~ Mercedes Lackey (By the Sword)

Makes this authorbeast entirely rethink how to describe someone…

Terminology: What is a Tea Gown?

Your Tisane of Smart . . .
Southern Blue-lined Octopus Often Mistaken for the Blue-ringed Octopus Turns Up at Redcliffe Peninsula Beach

“PG says 99% of business contracts are put in a drawer and forgotten after they’re signed.
The other 1% are very minutely examined at some later time.”

“Bicky rocked like a jelly in a high wind.”