So when I was doing research for the Finishing School series, Gentle Reader, I did a bunch of research into the Enigma Project.

It totally fascinated me (yes I’ve watched the various movies). Not a lot ended up making it into the books, but here is a peek at the vocabulary notes I took.

You can determine for yourself, Gentle Reader, what was actually utilized in the series.

And then at the bottom in big letters I have scrawled:

Of course I ended up cutting the “Scientific” because that made it the CIA. And I can’t resist stuff like that. 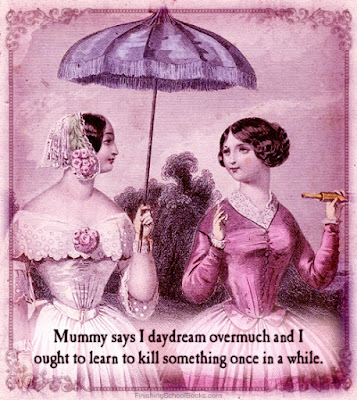 The Book Nut says of Etiquette & Espionage: “Carriger has a way with this genre that makes it seem much more effortless than other authors who have tried the same.”

Your Infusion of Cute . . .
19 Brilliant Umbrellas That Will Make Rainy Days Fun

Quote of the Day:
“This is Waycross, after all—sneaking around in dark alleys is practically the national sport.”
~ Debra Doyle & James D. Macdonald, By Honor Betray’d