Before we start this month’s review, next month’s book pick is Manners & Mutiny. Why? Because, it’s my book club and that’s my book. Wha ha ha ha! And because I’m on tour and am not sure how much time I’ll have to read. At least this way I know that I’m pretty darn familiar with the story… at least, I certainly hope that I am – I wrote it. 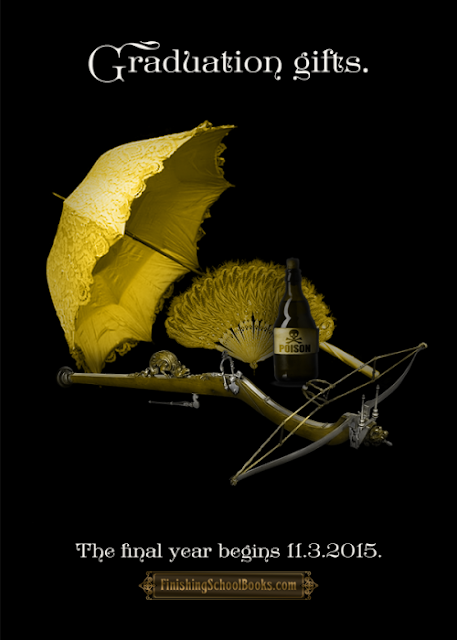 To that end, I am well aware that not many can make my launch events. So if you have a burning question for me, I’ll be doing an online Q&A as a Facebook event on November 2 (the day before release) from 2p-6p Pacific. It’s a total experiment and I hope it works out.

Now on to the book review portion of our show…

October’s book was Jinn and Juice by Nicole Peeler. I enjoyed this read. It’s very much what I think of as classic urban fantasy. By which I mean: lots of fun side characters, pithy remarks, witty banter, scenes full of action, and a nice thread of romance.

“My face may only launch a few dozen ships, but my tongue can easily launch a few hundred. And that doesn’t even take into account what I can do with it when I’m not talking.”

I liked the different take on an urban fantasy world building, although I found some of the info-dumping a bit much. I enjoyed the myth of Magi and Jinn, and the nuances of node magic and levels of magical creatures. However, there were certainly sections where I skim read long paragraphs of exposition. There also seemed to be a lot of rule-setting-up, and then exceptions to that rule. All Jinn are like this, except Lyla and the Jinn who made her. All Jinn get sick with the Node, except Lyla. I struggle with this kind of thing myself as an author. For example, I am well aware that in the Parasol Protectorate (SPOILER AHEAD) I say how hard it is to survive becoming a werewolf, and then any characters shown being bitten successfully survive the bite. This is something many of us urban fantasy writers struggle with partly because one of the tropes of this genre is a main character who is exceptional. Exceptional is the perilous edge of Mary Sue.

“While very much in shape and very much a dancer, I was a belly dancer. Which meant I was built for comfort, not for speed.”

I also have a tiny quibble with the main character herself. It was simply that we are told how old Lyla is but I just never really felt she was that old. Her emotional maturity was certainly questionable. I suppose if most of her sexual experience with Magi is abusive one can understand her inability to see a nice guy when he finally is there before her. I have friends like that, always attracted to the dominant bad guy. But they are usually in their twenties… or self destructive… or both. However, this was a minor quibble because Gail the writer couldn’t figure out what would make her feel older to Gail the reader.

“She made a sound like a jet engine roaring, and I realized it was the troll version of a sniffle.”

“You’re a fox, Aki. You eat garbage.” Rachel said it before I could.
“Only delicious garbage,” he said, clearly affronted.

All in all, I felt like the places where this book was particularly successful was with the Jinn as a magical creature, with the romance (thanks for not making it a triangle!), and where Nicole is playing with the light-hearted fun side of urban fantasy. I do feel that it could have been a great stand-alone book and for me might’ve been stronger that way. I would’ve liked to see the story end about six pages before it did, with the successful defeat of the enemy and Lyla achieving her humanity. We could have even had a nice sex scene at the end to finish mattress off. I understand, however, from a business perspective that urban fantasy series are industry standard.

“…was wearing tight jeans and this weird leather vest thing with a lot of pockets that I’d had for ages. I didn’t actually have much in the pockets, but knowing I could put stuff in them made me feel organized and proactive.”

On a total side note: this is like the fifth time Pittsburgh has come up in my life in a significant way in the last week. I think the world is trying to tell me to visit.

Your Infusion of Cute . . .
A Baby Octopus to Delight Us All

Your Tisane of Smart . . .
Five Reasons Tea is Good for Us

Your Writerly Tinctures . . .
The Best Ways to Deal with Criticism

Book News:
Some love from Barnes & Nobel nook for yours truly. 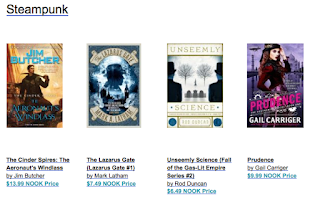 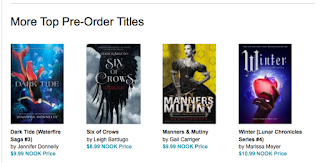 Quote of the Day:
Neal threw open his arms as if to embrace his now-empty chambers. “What shall I do with all this space in the evenings?” he inquired airily, waving Kel out ahead of him. “Plant a garden, perhaps, begin my eagerly awaited career in sculpting—”
~ Tamora Pierce, Page: Book 2 of the Protector of the Small Quartet