And now, Gentle Reader,  for some serious bloggage… 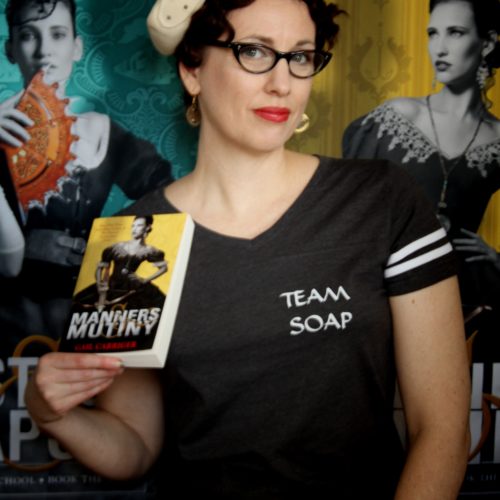 One of the last things I did, Gentle Reader, when I was handing in my final draft of Manners & Mutiny, was go over my story bible for the whole book series. I’m not going to let you peek at the bible itself. For one thing, my handwriting is awful. For another, my spelling is embarrassing. (By all accounts, I am not an Accomplished Young Lady.)

The story bible is a messy creature full of crossed out bits, arrows from one section to another, pasted in photos, funny small sketches, different colored pen. It’s not worth sharing. Even if it didn’t have notes and thoughts on future unwritten things which would be much with the ruination of future works.

But, I thought you might like a peek as some fun bits and bobs from that final read through. Me trying to pick up all my threads. Trying not to forget anything or anyone (expect by intent). I’ve marked the point when the notes become spoilery for the last book. 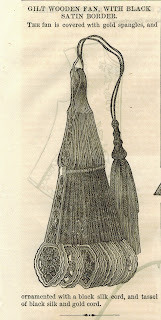 Ran across this inspiration image of the Misses Zena and Phyllis Dare: actresses of the Edwardian musical comedy fame (set much after these books).

I know it’s the wrong time period but this image very much informed my idea of the relationship between Dimity and Sophronia. Dimity is the more round face smiling Phyllis to the left, and Sophronia the longer face more reserved Zena at the front.

“It has been suggested that those ladies who wish to wear a real hair mattress on their heads, surmounted by several stories of hat, with a parterre of flowers to crown the whole, shall insert in their headdress for the theatre an opera-glass, to rest on the top of the head, ranging fore and aft, so that gentlemen witting behind can see through it to the stage.”
~ Godey’s Lady’s Book and Magazine August 1872 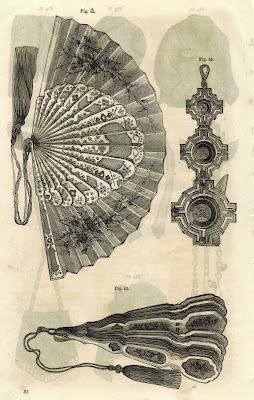 Stuff That Never Made It In:

On the French System of Manners

“One of the highest merits of the French system of manners is that it tacitly lays down the principle that all persons meeting in the same house know each other without the formality of introduction. Any man may ask any girl to dance, or speak to anybody at a private party. This in no way extends to public gatherings, where the guarantee of supposed equality, which results from the fact of knowing the same host, does not exist. But in drawing-rooms the rule is absolute; everybody may talk to everybody. This is an intelligent and most practical custom; it facilitates conversation, is dispels all awkwardness towards your neighbor, it melts cold in a house were you do not now a soul, it gives a look of warmth and unity to a room.”
~ Godey’s Lady’s Book and Magazine July 1872 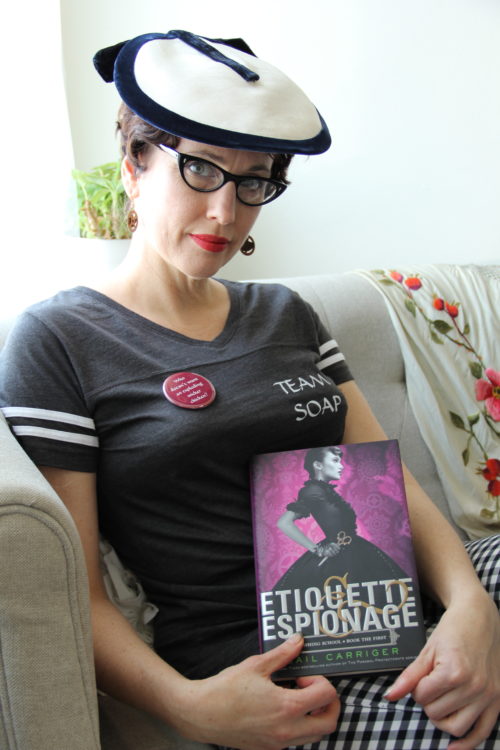 Your Writerly Tinctures . . .
“Word Hoard” and the Pitfalls of Dialogue Authenticity

Book News:
MK of Popcorn Reads says of the Finishing School series: “This series is making this Gail Carriger fan very happy. All of the fun elements from the Parasol Protectorate with a fresh new sbu-world within that world.”

“Very good,” I said coldly. “In that case, tinkerty tonk.” And I meant it to sting.