please note that this blog post contains spoilers for those who have not yet read Manners & Mutiny. Read further at your own risk! 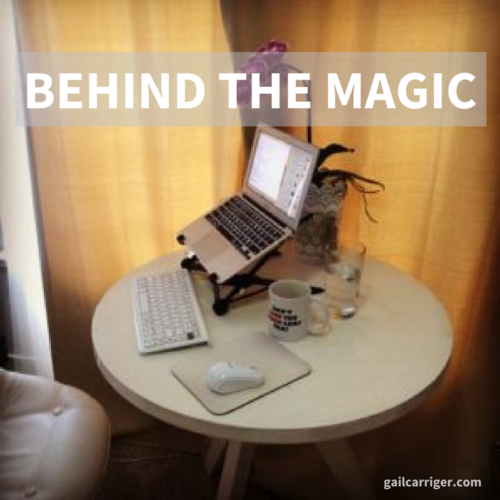 So, in M&M, Sophronia is stuck aboard her school (mostly alone) trying to stop the bad guys from attacking London. (I was thinking about a ST:TNG episode called Starship Mine.) It, in turn, comes from that grand tradition of “one good guy on a ship full of bad guys” endemic to the Boys Own Adventure novel. You know it, the noble cabin boy on the pirate ship, the lone gunman riding into the den of thieves. Someone on Twitter likened this to Die Hard (or Con Air or Alien or…).

Anyway, Sophronia is on the school dirigible, alone against many. She draws herself a map of the airship as she systematically works her way through it, eliminating the bad guys.

Because I’m a pretty visual person, I ended up drawing myself this map, here it is! 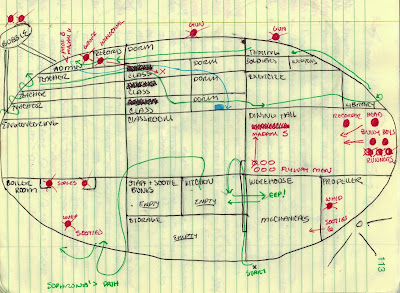 Many of you were gratifyingly thrilled to see an actual schematic map of the school included in this final book, but you’ll notice ti wasn’t the one pictured above.

Just as some insider trading: we actually discussed whether to use a full internal schematic of the dirigible or if it would be more helpful to have a professional redraw my sketch above.

In the end, we went with the schematic, as follows: 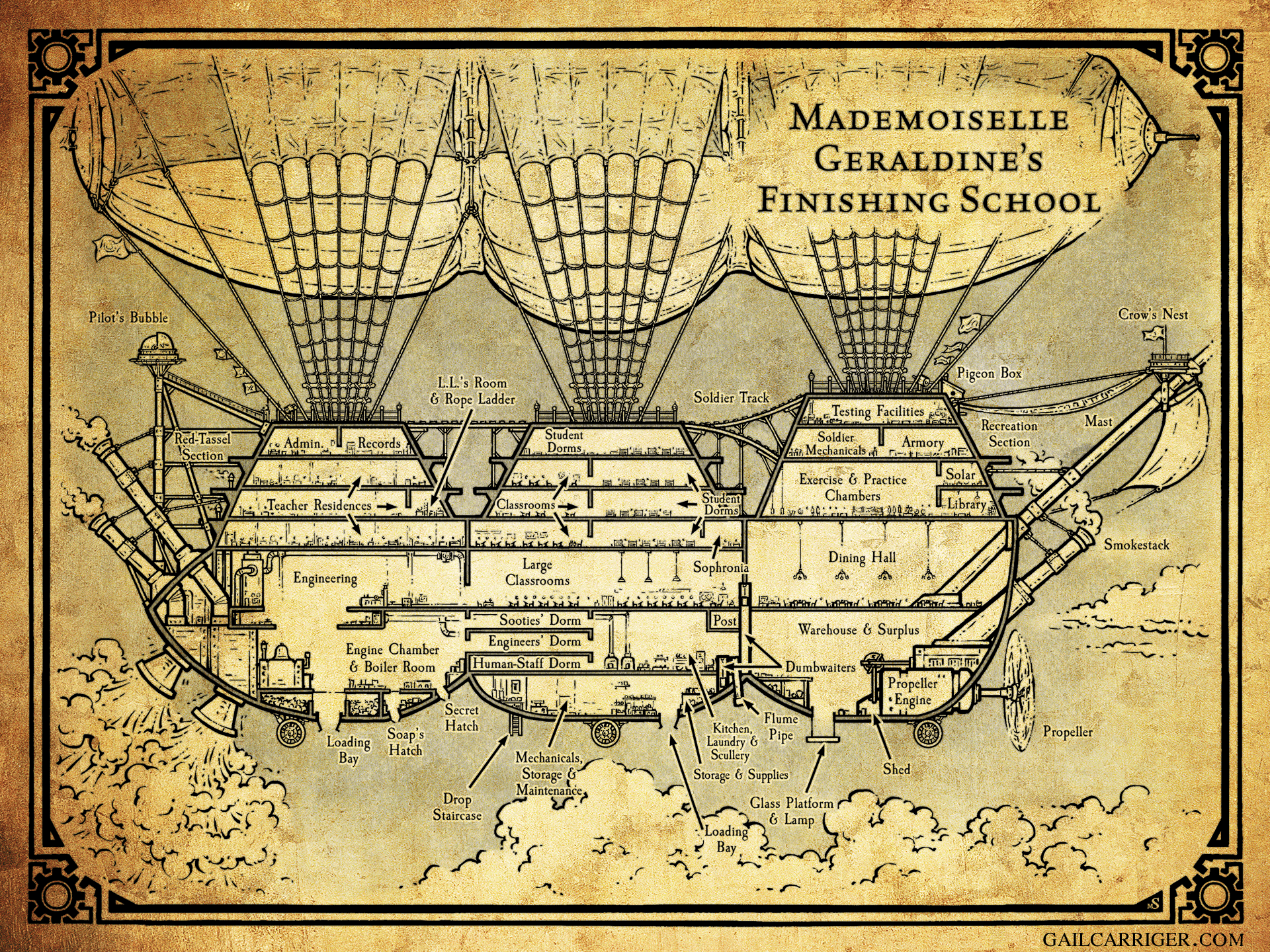 (You can download a digital copy of this map for free here, or you can buy a poster version from my merch shop.)

I did draw one of these too, and I’ve had that since the first book. 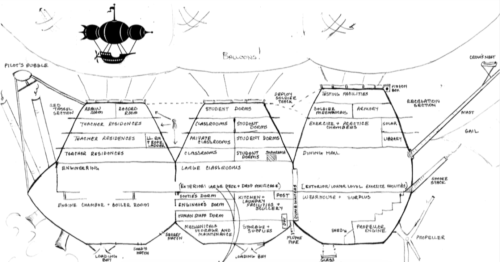 Either way, I adore that Little Brown agreed to let me have a map in my book!

In other news,  I ran across this fan recently, and it occurred to me to wonder if there would be a commemorative fan for the ending of the mechanicals era.

Lindsay of Me on Books says of Manners & Mutiny:

“As with the previous books, there is no shortage of mystery or deception, of truth-seeking or secret-uncovering. Of Picklemen-hunting or sootie friendship-making. But this is certainly the most dastardly plan Sophronia has ever had to untangle and thwart. The one that might reveal the most about this secretive intelligencer world of hers. The one that, if mishandled, might bring down society as they know it.”

How to Write Better Short Stories

“I could not be happier with the outcome of this series, along with its ties to her other books. Ms. Carriger is firmly down as one of my favorite authors. I strongly recommend this title, as well as every other one in the Finishing School series to any collection serving students in grades 6 and up.”

“A typical afternoon’s calling for Marion Sambourne, who was enthusiastically social, was ‘Called on Mrs Kemp, Mrs Christopher, Mrs Humphreys, all out. Had tea at Mrs Holmes, stayed some time. Called & had tea at Mrs Tuer’s and at Miss Hogarth’s, saw Mrs Andrews and girls teas, three cards left was about average for her.”