The book group will be starting this year with an old favorite of mine, Gentle Reader, finally made available in eBook form: Patricia C. Wrede’s The Raven Ring.

The Raven Ring is set in Lyra, a world in which Wrede has written many stories, but with which it is not necessary to be familiar.

This particular novel stands entirely alone. It features a tough mountain lass, who just happens to be a fantastic warrior. Eleret must figure out who murdered her mother and what that has to do with the magical Raven Ring that is her only inheritance. There are also two marvelous love interests without resorting to the ubiquitous triangle, and a fun ending. The plot is basically a murder mystery with magic, in the style of Tamora Pierce’s Beka Cooper series. 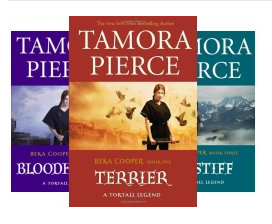 I’d say The Raven Ring is suitable to YA readers, although I was about 17 when I read it. There is some violence but nothing too graphic, and only a kiss or two.

Your Tisane of Smart . . .
The 1830’s in Fashionable Gowns: A Visual Guide to the Decade

Your Writerly Tinctures . . .
“I know I was writing stories when I was five. I don’t know what I did before that. Just loafed, I suppose.”
~ P.G. Wodehouse

Book News:
Book Plots & Polka Dots says of the Finishing School series: “These books are so fun. They are snarky and adorable, full of mystery and suspense but also wit and romance. When Sophronia hikes up her skirts and starts climbing around the school dirigible (it’s a flying school!), you know something is about to happen. There are werewolf teachers in top hats, my friends, you must read these books!”

Quote of the Day:
In keeping with Prime’s importance, the Officers’ Club there boasted the best food of any Space Force base on Galcen, which wasn’t saying that much—and the best wine cellar of any base in the galaxy, which was saying a great deal.
~ Debra Doyle & James D. Macdonald, The Price of the Stars