I just ended my 2015 poll, designed to gather readers’ favorite books out of those I chose for last year. 2015 was the first full year of the book group. This kind of poll is good for me, because it provides a great deal of insight. The books that result in the most discussion (which are the ones I pay attention to at the time) are not necessarily the ones that people liked the best. Also the books that I think will cause the most excitement, because they are similar to my own work, aren’t always the most popular either.

205 readers participated in the poll (which was pretty awesome as I didn’t know that many people were reading along with the group!)

I’m guessing there are more out there too, likely some didn’t vote because the poll isn’t mobile friendly, and it’s outside of common use platforms (like Feedly, or Goodreads, or FB). Some may not have voted because the didn’t read all 12 books. And some just don’t like polls.

With 23% of the vote (49 people) The Eyre Affair was the most popular read. I would guess this is also the general populace’s favorite of the books we read in 2015. 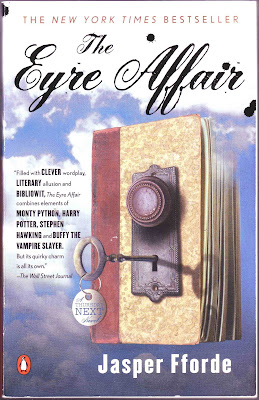 Uprooted came in a close second with 47 votes (22%). This startled me as I see very little cross over with my own work and Uprooted. Still, nice to know a fairy story with a darker edge is welcome, particularly one where the ebook is overpriced. Uprooted also had a clear lead at the beginning of the poll, which tells me that the most devoted readers of my social media (and those with quickest ability to respond – likely younger) favor this book.

In order of decreasing popularity the other books were:

In cases were the books were ranked the same, I put them in order of my favorite first.
* By modern style I mean written with the pace, plot tropes and character archetypes, and graphic sex we see more common in books written since the age of indy publishing. Yes, it is different.

STILL want something to read?
While You Are Waiting ~ Books To Read While Gail Types

Your Tisane of Smart . . .
Regency History: When Was London Season?

Your Writerly Tinctures . . .
We Need To Talk About Territories

Quote of the Day:
“My dear fellow, the truth isn’t quite the sort of thing one tells to a nice, sweet, refined girl.”
~ Oscar Wilde