Silliest Questions Gail Carriger Has Ever Been Asked (Occasional FAQ)

Silliest Questions Gail Carriger Has Ever Been Asked

Why don’t you have an English accent?
I’m not actually British. My mum is an expat, I spent many a summer in Devon, several months in London, and two years in Nottingham. I’d put one on for you, but my fake accent is really bad. There is a reason I hire Emma to narrate my audiobooks.

Besides eating your cat, what is your zombie plan?
I have this vague idea of escaping to Alcatraz, depending on whether the zombies can go under water. Otherwise, I think heading out to the coast to some obscure fishing village would be best. Isolated, ready food source, and one can always take to the ocean if necessary.

If you could be any element on the periodic table, which would you be and why?
Helium. Because I’m a rare noble gas that makes people squeak on a regular basis.

What’s the hardest question you’ve ever been asked?
What’s your favorite fruit?

Have you ever been fishing for octopus? What’s your favorite way to eat them?
I’ve never fished for them, but I do love the story one of my professors told of his Greek fishing village and the treatment of octopuses there. Apparently, they slap them against the streets to tenderize them and hang them out on clotheslines.

“You know you’re in Greece,” he used to say, “When you wake up to the sound of an octopus being slapped of a morning.”

My favorite way to eat them is Greek style ~ grilled with lemon, olive oil, and fresh oregano. Heaven. 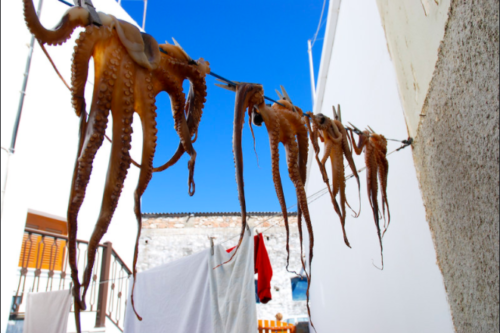 Thus far, have you been able to get through an interview without the word “steampunk” coming up?
Nope. But then, why would I want to?

What’s one random tidbit about yourself?
I find endless comedic enjoyment in the ridiculous: the Westminster Dog Show, rubber animals, string cheese, squid, that kind of thing.

What’s your biggest pet peeve?
That jiggly leg thing particularly prevalent in men, or any similar hand tapping, twitching, etc. It drives me bonkers. I’ve been known to go up to perfect strangers and stress the delicacy and skill required to sit STILL. With friends, I’ll put my hand on said leg and then slowly but surely start digging the nails in until it stops.

What will you name the three monkey butlers we’re sending you for Christmas this year?
Eeek, Oook, and Ni. Because I am 1. afraid of monkeys, 2. enamored of Terry Pratchett’s Librarian (I know, not a monkey), and 3. a Monty Python fan.

What is your guiltiest pleasure that few know about?
Project Runway, closely followed by Trader Joe’s Paneer Tikka Masala and Marie Claire magazine. Sometimes I can be found indulging in all three at once.

How often do you wear your Victorian and Steampunk clothes around the house, just for yourself?
Dahling, who says I wear anything around the house when I’m by myself? Honestly though, I only wear full on Victorian costumes for appropriate events. I wear steampunk jewelry and little touches of steampunk garb most of the time when I’m going out. 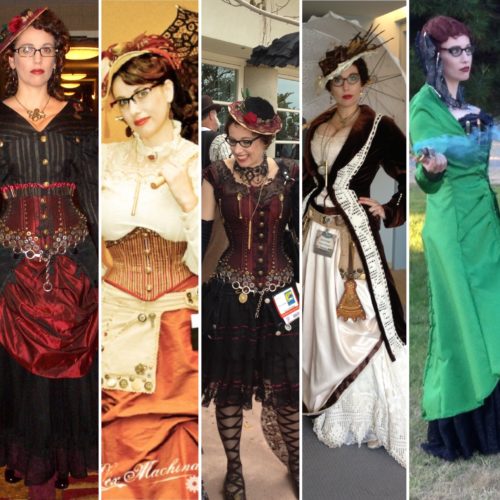 Do you name each of your parasols?
Nope. I name my machines, but not my clothing or accessories. The car is The UPH (Underwater Polar Bear Head), the computer is Hermia, and the .

Can you tell us something about you we can’t see on your website?
I’m famous amongst my friends for a certain breakfast item called the “eggy cup.”

Any favorite vampires from lit, film, or TV?
I don’t think he really counts, but I love Dorian Gray. I have a real soft spot for Mina Murray in The League of Extraordinary Gentleman graphic novel series and I adore the character of Drusilla on Buffy. Not to sneak in werewolves, but I was turned to the furry side by Klause’s brilliant YA novel Blood and Chocolate. 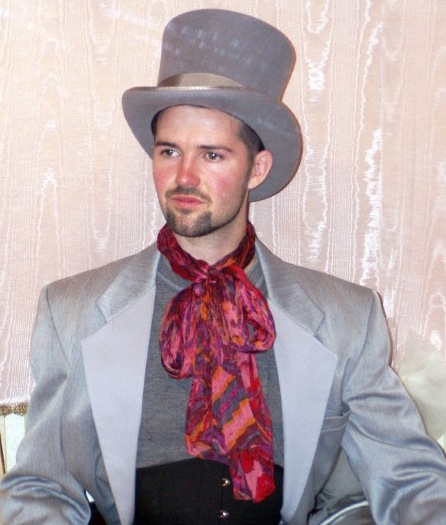 Has your sense of humor ever gotten you into trouble?
More times than I can count. I always think I’m hilarious and will open my big mouth at the most inopportune times. Bubbly, let me just say, does not help with this problem.

Strangest dream you have ever had?
One of my favorites was a zombie attack dream where the zombies could be killed if I threw uncooked yams at them, at which point they turned into rock salt.

When asked, what’s the one question you always answer with a lie?
This one.

If someone were to write your biography, what would be the title and subtitle?
Let It Steep: Chronicles of a Wierdo between Tea Breaks

Have you ever made a literary pilgrimage?
Boston Worldcon to meet Tamora Pierce.

Fahrenheit, Celsius, or Kelvin?
Walk into a bar on Mercury.