March’s book read along was Sorcery & Cecelia and I hope you enjoyed it as much as I always do, Gentle Reader. (I reread it at least once a year, sometimes more.) I’m sorry I wasn’t as available for the discussion of this book. I happened to be traveling half the month.

Frankly, I’m not wild about any of these covers.
I have the original which feels very 1980s fantasy cover dated.
The black and white one looks amateurish.
So I guess the silhouette one is my favorite, but it looks a bit messy to me.

One of my all time favorite books, Sorcery & Cecelia started out as a letter game between two brilliant writers. The authors clearly enjoyed themselves and the resulting novel is blast to read, both as a story and as a window into the fun experienced by two marvelous writers.

Set in Austen-like 1817 England, which just happens to have some very polite magic rolling around, the plot is largely driven by excellent characterization, two strong heroines, and a great deal of humor. There are several ditty-like romances, and a tidy little ending that makes for an amuse-bouche of a read – tasty and bite sized. There are two follow up books, however, this one stands beautifully alone. Highly recommended!

I read this book first in high school and it changed my life. That summer the BFF and I engaged in our own letter game, while I was in England visiting the grandparents. Now, of course, I have come to learn how very difficult epistolary fiction is to execute well. (Yes, I have the letters. No you can’t see them. They are awful.)

I don’t think I was consciously thinking about Sorcery & Cecelia when I wrote Soulless, but I suspect it informed my work. There isn’t a lot of modern-written comedy set in this time period, or the Victorian age following it (particularly not genre) so it has always stuck with me as hugely original. I think it’s never gotten the credit it deserved, not because it changed the world of genre writing as we know it, but because it is the foremost example of gaslight fantasy written in a lighthearted manner.

What Sorcery & Cecelia told wanna-be writers like me is important:

So you know what? Given that set of actualities, there is a good chance that without Sorcery & Cecelia there would be no Parasol Protectorate, or Finishing School, or Custard Protocol.

So I owe this book a lot.

Strangely enough, perhaps because I have such love for the first one, I never go into the remainder of the series. Although I know some out there love them.

{Gail’s monthly read along for April is To Play the Lady by Naomi Lane.} 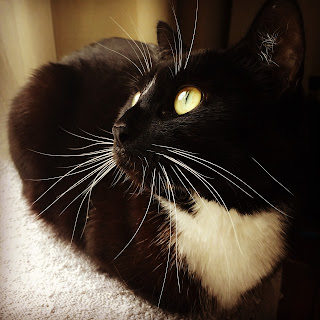 Your Tisane of Smart . . .
Tracing a Ceramic Tea Jar’s Journey from Factory to Fame

Your Writerly Tinctures . . .
Offence vs. Offense: What’s the Difference? 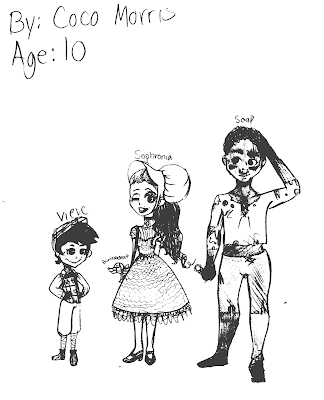 Quote of the Day:
Goodwin asked with frightful patience. “She d’serves a treat.”
I looked at her, shocked.
“Don’t worry,” Tunstall reassured me. “She’ll get over it eventually.”
I hoped so. I couldn’t have Goodwin changing her nature on me from day to day. I liked to know where I stood with people.
~ Terrier by Tamora Pierce