Final Book in the Spellwright Trilogy by Blake Charlton

Blake is one of my closest author friends.

We used to get together and write regularly, when we lived in other places and had less complicated lives. I miss him.

I love the backbone premise of his books…

What if you have a magical system based on, literally, spelling spells?

What if you’re a magician in that system who has dyslexia?

There are three books in his series. Spellwright and Spellbound were the first two, and now Spellbreaker the final installment and spin off featuring the next generation is out.

Blake’s work deals with themes of chronic illness and disabilities realistically in a fantasy context, without being depressing. He should know what he’s talking about, since he’s a doctor (not to mention dyslexic) who learned to read because of his love of fantasy. I don’t pimp often, but I adore Blake and I think his work is not only fun but hugely important. 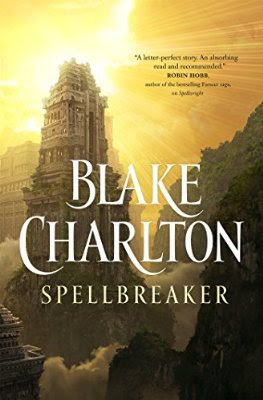 The third and final book in his Spellwright trilogy…

Leandra Weal has a bad habit of getting herself in dangerous situations.

While hunting neodemons in her role as Warden of Ixos, Leandra obtains a prophetic spell that provides a glimpse one day into her future. She discovers that she is doomed to murder someone she loves, soon, but not who. That’s a pretty big problem for a woman who has a shark god for a lover, a hostile empress for an aunt, a rogue misspelling wizard for a father, and a mother who–especially when arguing with her daughter–can be a real dragon.

Leandra’s quest to unravel the mystery of the murder-she-will-commit becomes more urgent when her chronic disease flares up and the Ixonian Archipelago is plagued by natural disasters, demon worshiping cults, and fierce political infighting. Everywhere she turns, Leandra finds herself amid intrigue and conflict. It seems her bad habit for getting into dangerous situations is turning into a full blown addiction.

As chaos spreads across Ixos, Leandra and her troubled family must race to uncover the shocking truth about a prophesied demonic invasion, human language, and their own identities–if they don’t kill each other first.

Spellbreaker is the long awaited sequel to Spellbound, which was listed by Kirkus Reviews among the Best Science Fiction and Fantasy of 2011. This final installment of the Spellwright Trilogy stands alone as a complete story; however, fans of the series will find in it answers to the questions raised by the previous books about Leandra’s parents, Nicodemus Weal and Francesca DeVega.

Want to read Blake and I being silly?  In Which Gail’s Interview with Blake Charlton Gets Hijacked

Romance featuring a several-times widowed Preshea and the gentle Scottish captain who could change everything. (Gail’s first foray into hybrid land.) 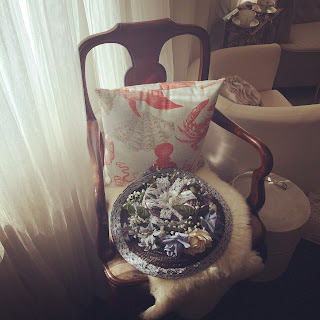 “…Gail Carriger is an author that I can always count on for comfort in trying times. Carriger gives the added element of humor and, of course, one of my favorite settings — London and nearby parts of England.”