Here’s a glimpse into some of the research I had to do for this next Custard Protocol book.

Politics in the Sudan before and after Rue visits

In Which Rue References Things You Might Not Know Of

“Our Homes in 1883 estimated that the average person needed 22 gallons of water a day, divided up as:
Domestic usage, excluding laundry 9 gallons
WCs 5 gallons
Baths, one a week 5 gallons
Washing clothes 3 gallons”
~ The Victorian House by Judith Flanders
(According to USGS.gov the average water use per person per day in the US is 80-100 gallons.)

“Milk is the great difficulty in travelling tea-making. It cannot always be easily obtained, and milk carried about with one in a bottle does not long retain its freshness in hot weather. Some people do not object to the condensed or Swiss milk one buys in small tins. It has the advantage of being extremely portable, but I must confess, personally, to finding its effect detestable in tea or coffee.” 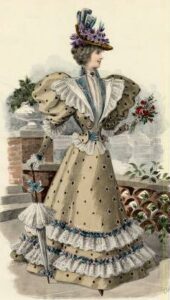 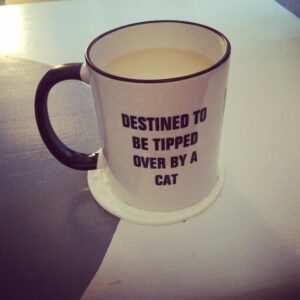 Destined to be tipped over by a cat.

Victorian Sewing: A Brief History of Plain and Fancy Work

Difficult, But Fascinating: The Gail Carriger Interview with William Pinfold

“By the end, Rafe wore the long-suffering looking of an eagle being ordered about by a flock of excited pigeons.”