WorldCon is always one of my favorite conventions because of the people I get to see, old friends and new. However, being a pop-up con, it changes depending on where it takes place. Not necessarily in structure but in character and organization. I have to say that (from my perspective) the organization at Kansas City seemed spot on. The greenroom had decent snacks, the people behind the scenes were nice, panels were well attended, the bar was hopping, and a good time was had. Frankly, an author can’t ask for more out of a con. (I know there were fires and people running about to deal with them, but I didn’t notice ~ which is also the mark of a well organized convention.) 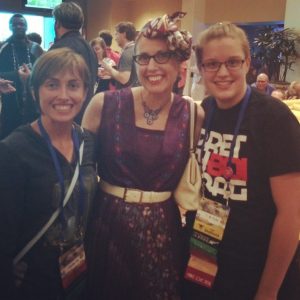 There were panels, signings, gossip, delicious food, and terrible tea (don’t worry, Gentle Reader, I’ve recovered from the shock). I saw friends from con circuit, the world of podcasting, and the itnerwebs. I met with Ty (my tumblr mod among other things) and secrets were exchanged. It’s what happens when you see me in person. (Although I let a few secrets out in this month’s Chirrup.) 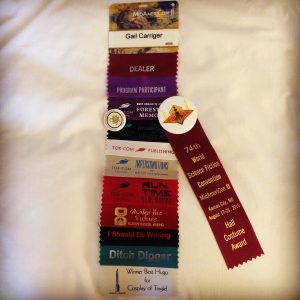 What with a two week book tour and this two week trip (I was visiting friends before the event) I haven’t been home much. Even with Scrivener iOS I’m not getting much writing done. I’ve no events next month and only the one weekend in October so I intend to be very diligent. Fingers crossed (or fingers typing, as the case may be).

{Gail’s monthly read along for August 2016 is Alanna: The First Adventure by Tamora Pierce.} 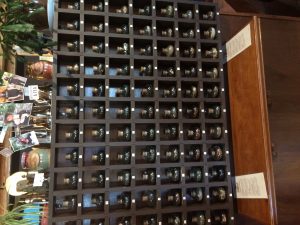 What’s in a Name? How to Avoid the “Claire” Confusion 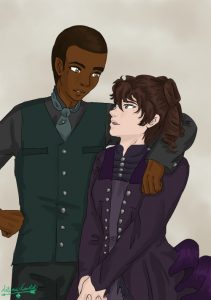 “Arguments are to be avoided; they are always vulgar and often convincing.”