Ada Lovelace Day: Archangela Tarabotti ~ The history behind Alexia’s name (Behind the Magic)

Those of us participating are supposed to blog about women in science.

I have a MS (called a MSc in England) in archaeological materials, which means I specialize in the laboratory analysis of ancient lithic, ceramic, glass, or metal artifacts. This is mostly for information on location fingerprinting and technological production (not dating).

My particular expertise is glazed pottery fragments and technological innovation in temperature of production (read: kilns, or the lack thereof).

I’ve worked with the XRD, SEM with EDX attachment, and ICP-MS (acid D). I’ve worked in a field laboratory in Italy, and one in Peru, two museums, and labs at universities in the Midwest, West Coast, and England and I’ve never encountered any problems being female. I’ve had both men and women as colleagues and superiors.

I’m not saying there isn’t a glass ceiling in academia, just that I never encountered it myself. Perhaps I never rose high enough? Perhaps I was really really lucky? 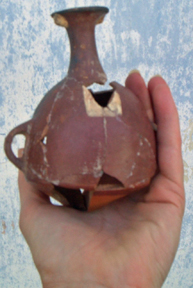 My Contribution to Lovelace Day

However, in keeping with my interests as a writer, this post is about a historical woman who, while not being a scientist, acted against a preposterous scientific statement during the 1600s.

A pamphlet made its way to Italy in 1647 entitled:

Women do not have a soul and do not belong to the human race, as is shown by many passages of Holy Scripture.

It gained some popularity until, in 1651 Archangela Tarabotti wrote

A Defense of Women

refuting its claims which eventually resulted in the Catholic Church rejecting the idea that women had no souls. 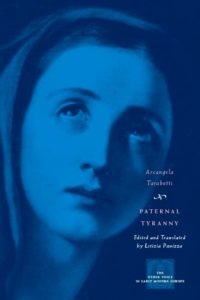 Archangela Tarabotti wrote many essays defending women. She campaigned for a woman’s right to choose her own destiny, criticized the lack of education for women, and vilified paternal tyranny, marriage, and monastic life.

“You, with sophistical arguments, set yourself up to attack that very sex which, because it is deprived of the opportunity to study, cannot answer your malicious inventions.” 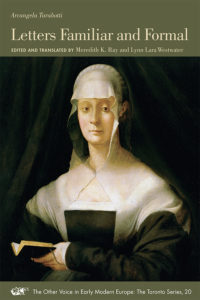 So today I’d like to introduce you to this remarkable woman. And yes, of course she is Alexia’s namesake and a huge part of the inspiration behind Soulless.

Other Links of Interest