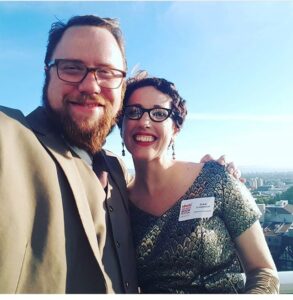 About you, the Author! Alex White

I love an espresso roast brewed black in a Moka Pot. When the coffee is fresh, it makes a gorgeous crema without being too bitter. My absolute favorite.

I prefer to dress in a bright blazer (pink or blue) polo and slate gray jeans. I wear a pair of huge brown boots when weather permits. Both my ears are pierced, and I have a green stud in my eyebrow, which you might see behind my poplar-colored glasses frames. I shape my coppery beard to keep stray hairs down, and I never let scruff form on my neck.

A massive, gaudy Alienware computer rests on my desk, which drives a 42-inch monitor. It looks like Times Square up in there. Instead of using the huge computer to write, I huddle to one side of my desk and write on my iPad.

2006 Saturn Ion Coupe with suicide half-doors. It’s as ridiculous as it sounds.

I’m a pudgy guy who doesn’t handle dairy well, and I ain’t adding fat for just anything–no Breyers, no Blue Belle, no off brands. You know my gourmet predilections better than anyone, Gail. I’m always up for the right food. I’ll have whatever makes the place famous. (Hopefully chocolate in a waffle cone.)

During the day, I have a Monster Energy drink at my hand. By night, it’s a gin. I’m sure my doctor approves. Alex White was born and raised in the American south. They take photos, write music and spends hours on YouTube watching other people blacksmith. They value challenging and subversive writing, but will settle for a good time. Alex lives and works as an experience designer with their wife, son, two dogs and a cat named Grim. Favored past times include Legos and racecars. You can find their blog at www.alexrwhite.com.

A charcuterie board would do the trick. Pick the hard cheeses with nutty flavors, so you can savor them while the words roll by. Grab a dry sausage for the beginning to keep your protein up. Have some picholine olives ready for the tense parts. Have a bitter dark chocolate on hand for all the times things go south. Finish with a hot toddy and flaky iced pastry to soothe your jangled emotions.

Selfishness and cruelty are the themes of my villains. One is a theocratic monster, convinced of his own universal righteousness and the other is a libertine dog, eager to wallow in the violence of his master’s orders. My main character, Loxley, is autistic–surrounded by a dystopian society happy to exploit her. In addition to the obvious Big Bad Evil, she must face pervasive gaslighting and bigoted aggression on a daily basis.

I’d kiss just about any of Loxley’s true friends, though I doubt they’d be all that interested in me. Nora seems like someone who’d have a fling, at least.

The mid-1900s fascinate me, but it’s hard to say I love them, as much as I take inspiration from them: the way counterculture strained against rampant prescriptivism, and the disaffected feeling of so much of that era’s fiction. I would say that my story falls into the neo-noir tradition, with its lonely outsider heroine and danger around every corner. Loxley can be a bit fatalistic, which plays into the dark world of dystopian Birmingham, Alabama quite nicely.

I’d like to slap Officer Crutchfield, because he takes the “poor me nice guy” complex to the next level. He’s delusional and selfish, all while playing the martyr—a dangerous combination that reduces decent people to collateral damage. He deserves a slap and so much more.

Loxley is easily driven to distraction, which results in some awkward moments when people try to threaten her or have a serious conversation. She’ll occasionally laugh inappropriately at an antagonist when she should be terrified.

Coal dust, mildew and blood. I wouldn’t say it’s a pleasant book, but I think it’s a good one. 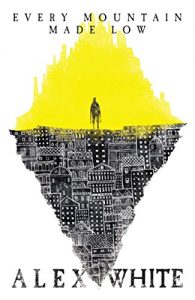 Loxley Fiddleback can see the dead, but the problem is… the dead can see her.
Ghosts have always been cruel to Loxley Fiddleback, especially the spirit of her only friend, alive only hours before. Loxley isn’t equipped to solve a murder: she lives near the bottom of a cutthroat, strip-mined metropolis known as “The Hole,” suffers from crippling anxiety and doesn’t cotton to strangers. Worse still, she’s haunted.

She inherited her ability to see spirits from the women of her family, but the dead see her, too. Ghosts are drawn to her like a bright fire, and their lightest touch leaves her with painful wounds.

Loxley swears to take blood for blood and find her friend’s killer. In doing so, she uncovers a conspiracy that rises all the way to the top of The Hole. As her enemies grow wise to her existence, she becomes the quarry, hunted by a brutal enforcer named Hiram McClintock. In sore need of confederates, Loxley must descend into the strangest depths of the city in order to have the revenge she seeks and, ultimately, her own salvation. What is Hybrid Publishing? 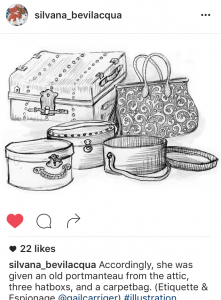 “Jeeves lugged my purple socks out of the drawer as if he were a vegetarian fishing a caterpillar out of his salad.”
~ P. G. Wodehouse

* Please note that this blog post has been updated (as of 2019) with Alex’s preferred pronouns, no other content has been material changed.