Gail Carriger Talks About The Food In Singapore

Meanwhile – in the USA we just gorged ourselves on turquay, Gentle Reader. So here’s my post all about food in Singapore! Yes yes yes (and one great big NO).

I’m an incredibly experimental eater. You can take a look at some of the wide ranging Things I Have Stuck in My Mouth on my Ate It Weird Pinterest board. If I can, I’ve likely tried it: ostrich, alligator, crocodile, frog, snail (both types), Morton Bay bug, guinea pigs, alpaca, haggis, horse, head cheese, sweetbreads and other offal, homemade chicha beer (yes, THAT), any fruit I can get my hands on (generally I know the Spanish word for it), and so much more.

My general philosophy is I will try anything 3 times (on the theory that the first two times it might have been ill prepared). Until Singapore I had only 2 exceptions to this rule: 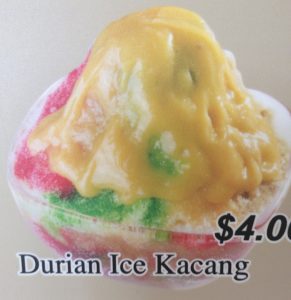 I am terribly sad to say I have added durian to the list of NEVER AGAIN. Look, yes it tastes a bit like custard apple (cherimoya) meets passion fruit (maracuya) and I LOVE both those fruits, but frankly, mostly, it tastes like baby poop mixed with gasoline. And I can’t imagine any circumstances where that will change. 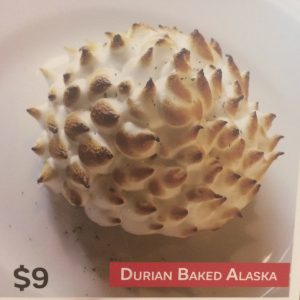 It repeats on you. Or it did me. It’s been weeks and I am still terrified to burp. A durian burp is like that scene from Thelma & Louise where they explode the gas station. With added vomit.

Now that I have totally grossed you out, I’m going to wax poetical about all the actually amazingly yummy  food in Singapore.

First of all, there are fresh fruit juice stands everywhere and I learned real quick not to ever pass one up. Sometimes they frap it with ice, sometimes they whip it so there’s a fruit foam at the top, and sometimes it’s more like a single-fruit smoothie. Not matter what, yum! 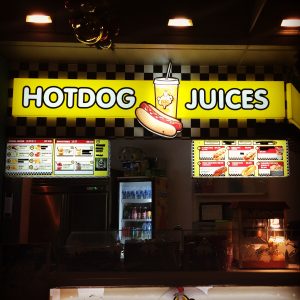 Secondly, lets talk kaya (coconut jam of deliciousness). I liked the green kind with pandan best. Why is this not a thing EVERYWHERE? Why? Watch Gail wail into the deep. I want to buy kaya at my local supermarket. And while we are at it, can we add Apple Banana Butter (as in from the Apple Banana, not a mix of apples and bananas) and Passion Fruit Curd to this list? Look, I’m telling you there is a wide world away from stupid old strawberry out there. (Not that I dislike strawberry jam but COME ON.) 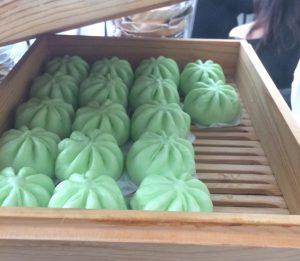 Finally, can we talk desert?

Oh, were we already? Okay but look, look at all the gelatinous deserts! I love them so. 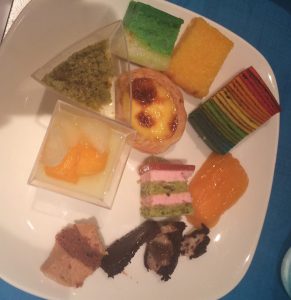 I was a wiggly delighted Gail the first morning in Singapore because after breakfast I got to proudly bop along and claim I’d stuck 6 things in my mouth and I’d no idea what they were. Still don’t. Came from an unlabeled pickled-things bar. I adore pickled things.

Anyway, the first place we stayed at offered this amazing breakfast buffet with All The Things. 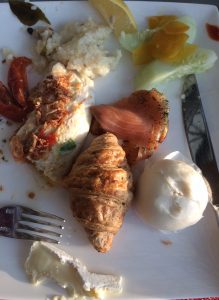 What a food looks like doesn’t bother me much. Unfortunately, I didn’t get the opportunity to try Singapore’s fish head curry. At first I avoided it because it thought it’d be just like a normal Thai red or yellow curry. Turns out it traditionally comes with more tamarind in it than other curries and it has more Indian spices. After learning that, I tried hard to get hold of it, but I’d left it too late. So I have a good reason to return to Singapore. 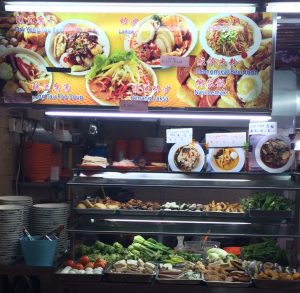 I also never got to try the chili crab. I tried the local crab at a raw seafood bar, which tasted a bit like a mix of Snow and Dungeness. I’m a crab fan, but the chili crab I found to buy was always too expensive, I suspect I was there off season. 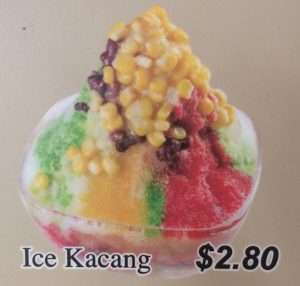 In Singapore Corn & Beans are a desert. So there.

So what was the first hing I ate when I landed to remind me I was home? The first thing I always eat, Pinky, fish tacos nor cal style.

“It is hot — so hot! — but not stifling, and all the rich-flavored, colored fruits of the tropics are here — fruits whose generous juices are drawn from the moist and heated earth, and whose flavors are the imprisoned rays of the fierce sun of the tropics.”

~ The Golden Chersonese and the Way Thither by Isabella Brid, 1883 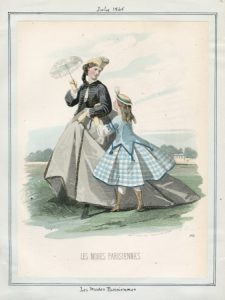 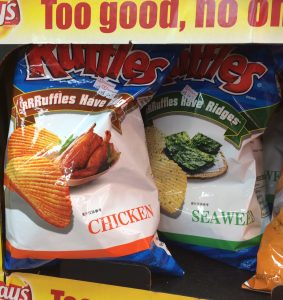 A Fashionable Coiffure: Rolls, Plaits, and Other Popular Hairstyles of 1863

“I am irritated by my own writing. I am like a violinist whose ear is true, but whose fingers refuse to reproduce precisely the sound he hears within.”
~ Gustave Flaubert

The Parasol Protectorate made this list of 16 Complete Urban Fantasy Series to Binge-read all the way through.