The Ideas Behind The Parasolverse, Worldbuilding with Gail Carriger (Behind the Magic)

Gentle Reader, I frequently get repeat questions at Q&A sessions. I’ve taken to answering them here on the blog for your edification. Without further ado…

What’s the name of your universe?

How did you come up with the idea?

The simple fact is: this was what I wanted to read. I like steampunk but it tends to be a little too dark and riddled with technobabble for me. I enjoy urban fantasy but am not wild about a modern setting. So I thought I might just combine the two, and then shake it up with a jot of romance and a whole lot of comedy.

Then I started thinking about what kind of world could accommodate all these different elements. I’m familiar with the Victorian era and I find it a rich source of amusement in and of itself. Those ridiculous fashions and that obsession with etiquette seem the perfect time period to drop in vampires (dictating such things) and werewolves (chaffing against them) not to mention steam technology. It seemed to me that what comedy I couldn’t supply with plot and character, an alternate Victorian London could provide simply by being itself.

So where did you go from there?

After deciding on a setting, I started idly toying with the idea of how a person would become undead. After all, if vampires and werewolves are bouncing about, what’s to keep them from turning everyone supernatural? There must be biological procreation controls in place on an apex predator.

Taking into account what I knew of Victorian scientific theory, I hypothesized that an excess of soul, found in only a few people might account for bite survival rates. This led me to investigate the measuring of the soul (which an American scientist actually tried to do in the late 1800s). This, in turn, lead to the idea that if some people had too much soul there should be others who had too little, or none at all. And these people could act as nullifiers to supernatural abilities. Thus Alexia and the concept of preternaturals was born.

{Gail’s monthly read along for January is A Brother’s Price by Wen Spencer.} 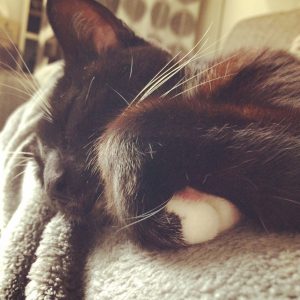 A 5-minute Guide to the House of Worth

Does the Epistolary Novel Still Have a Place in Modern Literature? 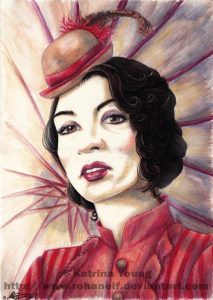 “A dreamer is one who can only find his way by moonlight, and his punishment is that he sees the dawn before the rest of the world.”