My darlings, as The Omega Objection makes it’s way through the world, I’d love it if you would welcome the wonderful Maz Maddox to the blog today.

Maz and I know each other through the magic of podcasting, I’m an addict and I cannot lie. Take it away… Maz! 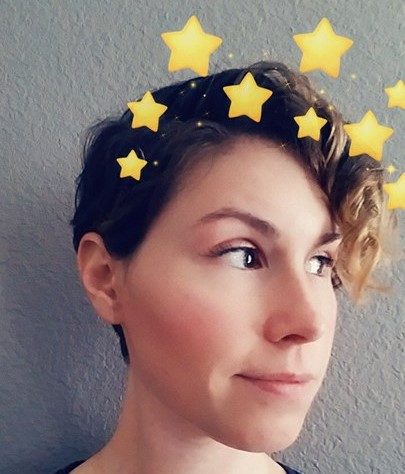 Coffee with just a splash of milk. I’m one of those heathens that loves the bitter bite of coffee.

I like t-shirts that advertise my multiple fandoms and obsessions, such as Yuri on Ice and anything dinosaur related, paired with broken in jeans. Since I’m usually cold, I wear either hoodies bearing the same weirdness as my shirts, or a leather jacket I’ve adorned with rainbow spikes, buttons and mermen pins. There is no in between. Oh, and all that’s tied together with various ridiculous colored Doc Martins or Converse.

Empty coffee mugs that need refilling, video game art, dinosaur paintings and a bookshelf stuffed full of stories I love. I’m comfortable in chaos, so there’s clutter and no sense to any of it. It’s my happy place.

If you could travel in any type of conveyance, what would it be?

I’ve always been a fan of travel by beast. If I could ride on a winged dragon or giant pterosaur, that would be number one on the list.

No deviating: vanilla or chocolate ice cream on a plain or a sugar cone?
(Gail will use this to determine your level of sanity.)

Vanilla on a sugar cone.
(You are possibly mildly bonkers, but not dangerous.)

Vodka tonic with a lime wedge, please and thank you. Maz is an m/m romance fanatic, dabbles in yaoi, adores dinosaurs and writes romance stories with a healthy heaping of adventure mixed in. When she’s not pairing up Centaurs with bank robbers, she’s plotting new stories and sending inappropriate texts to her friends. https://www.mazmaddox.com/

Maz also runs a male/male romance podcast with one of her best friends and partner in crime. Top to BOTM (Book Of The Month) is bi-monthly and filled with shenanigans. The lovely Gail was actually our very first guest on the podcast last year!

Since this is a western at its core, I’d recommend pairing this with a hearty stew and some whiskey.

Cal, because he doesn’t give them out all that often. I’d be one of the lucky few.

The wild west was America’s beating heart. It was a time period when the nation was untamed and lawless, but punctuated with towns that were a mixture of cultures and people. There was the normal farm people making ends meet, the pioneers seeking fortune and of course bandits and lawmen. Within these tropes was all walks of life and background from all over the world, all rushing to find their opportunity in a virgin land.

When creating the Stallion Ridge universe, I wanted the world to seem wild and untamed, but also had its own flavor similar to the mixing pot that was America’s frontier. There are humans with their own customs, but there’s also shifters with their own cultures. Somehow, even with war, plenty of bias and ugliness, you have this unique blend of cultures and people living together in towns and making it work.

Some of them even falling in love despite it all.

Probably Cody, because the kid has the biggest chip on his shoulder.

When Jesse jumps on the wrong horse.

Leather, hay and the breeze of a warm summer day.

Like all centaur shifters, Sheriff Calhoun is the epitome of honor. He protects his small town of Stallion Ridge and its people from any threat large or small. When word comes in that the notorious Iron Bandits are making a play for a train in his territory he’s both livid and invigorated. If anyone can bring these thieves to justice it’s him and his crew.

What he did not expect was having a charming, whiskey-eyed outlaw dumped in his lap challenging everything he thought he knew.

Thanks Maz for dropping by! 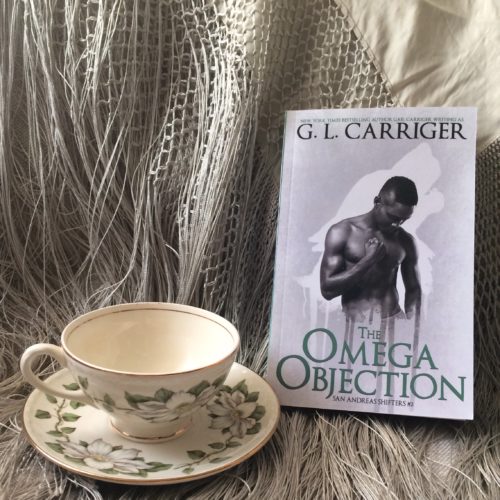 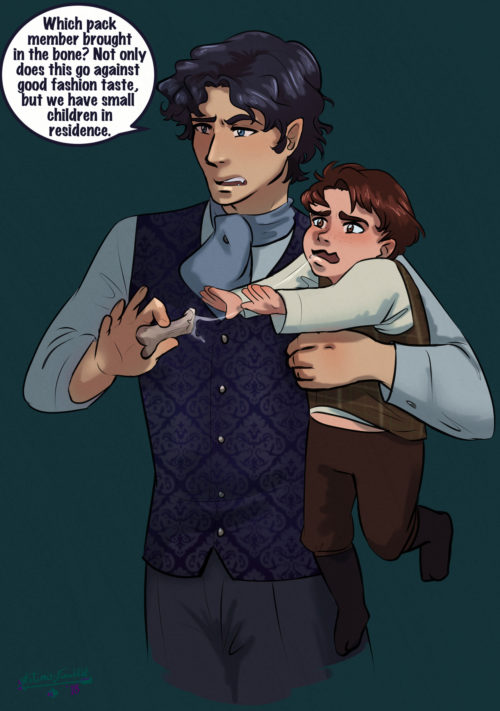 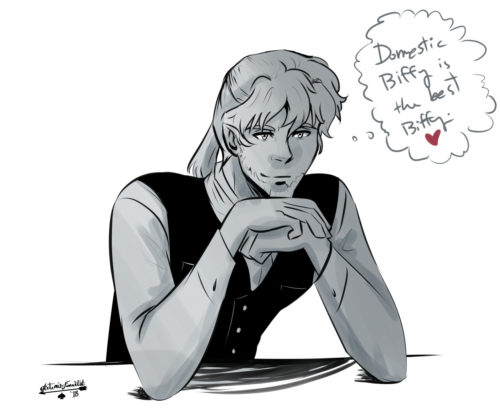 “I just assume everyone I meet I pansexual. I like to give them them benefit of the doubt.”