For those of you who missed the cover art announcement in the most recent Chirrup, here it is! 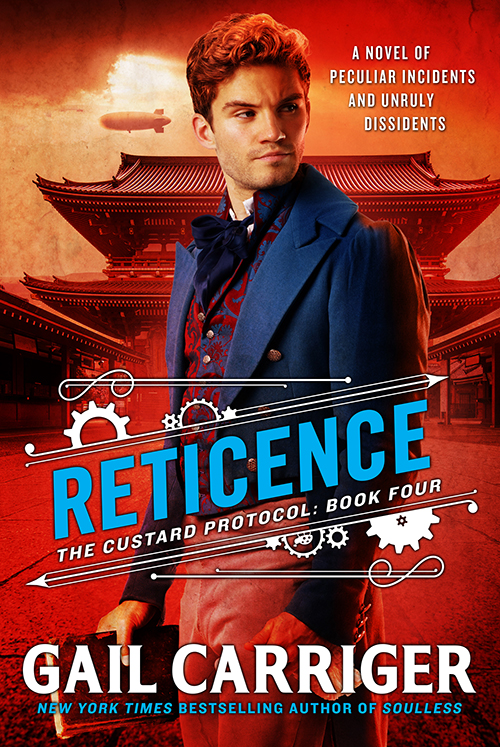 Since this is Percy’s book it should come as no surprise that Percy is on the cover. However, I have been pretty darn cagey about where they are going, so I hope you’re delighted to find out that it is…

Yes the Spotted Custard is off to the magic of the Paper City.

And you know what that means?

Oh yes, kitsune for all!

Percy has always been on the outside – dispassionate, aloof, and hatless.

But accidental spies, a trip to Japan, and one smart and beautiful doctor may have him renegotiating his whole philosophy on life. Except hats.

Reticence is the final book in the Custard Protocol series. It takes place after events in Competence and contemporaneous with those in How to Marry a Werewolf.

What else do I want you to know about this book, Gentle Reader?

This one is absolutely and utterly for YOU.

I’m hoping that, you’ll be as caught up as possible by the time this book releases. I’m giving you fair warning. Read like the wind!

This book will be mad cap and fun and absolutely hilarious no matter what. But you will get all the inside jokes and cookies only if you’ve read the full back catalogue of the Parasolverse.

Gear up, you’re in for a particularly puffy final float! 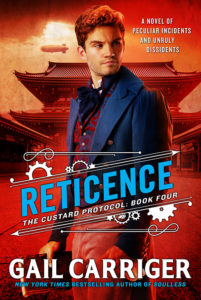 Audible: Not yet available

Where is the audiobook?

Preorder for places outside the USA will come, don’t worry. We have time.

Yours in general overindulgence induced laziness, 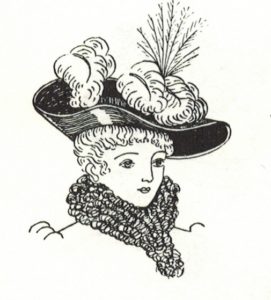 Is It Real? 25 Famous Writers on Writer’s Block 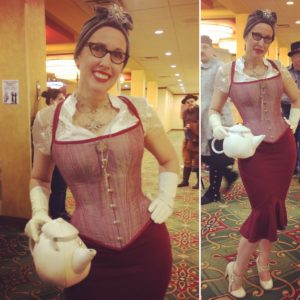 “Just say the word if you want ‘Weird Japanese Snacks’ on your name badge.”