On the cover of Waistcoats & Weaponry, Gentle Reader, Sophronia is holding a fan. 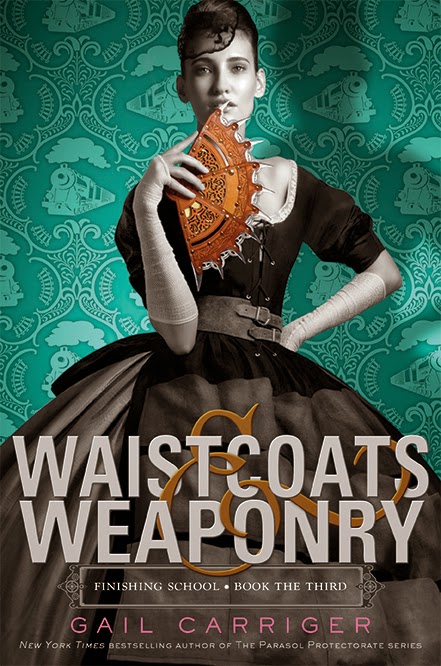 I don’t interfere much with my cover art often or I try not too. I think Little Brown did a great job.

But for Waistcoats & Weaponry I really pushed the fan. I mean it’s key to the plot and Sophronia’s favorite.

I even went so far as to mail my fan to New York so it could be a prop in the photo shoot. I cannot tell you how delighted I am that they used it. 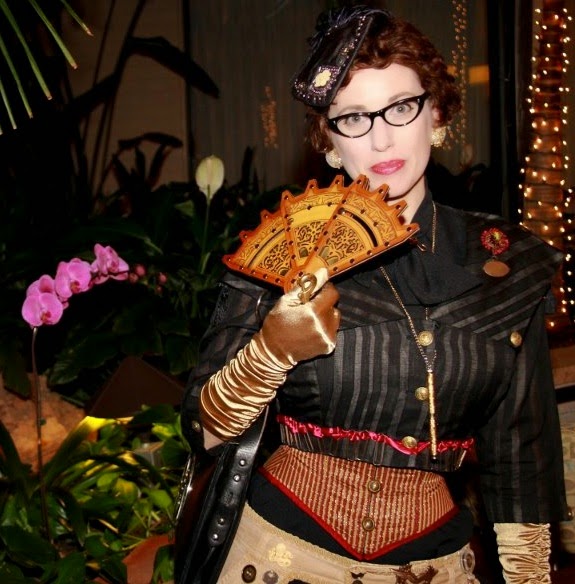 Here I am with the actual fan at Anomaly Con a few years ago, sporting the fan.

You can see how they added in the blades with PhotoShop to Sophronia’s version? After all she is deadly and I’d never get a bladed fan through TSA.

Mine if from Brute Force Studios. (There is also a black version!)

Do you want more on Sophronia and fans?

Yours in Fannish Glory,